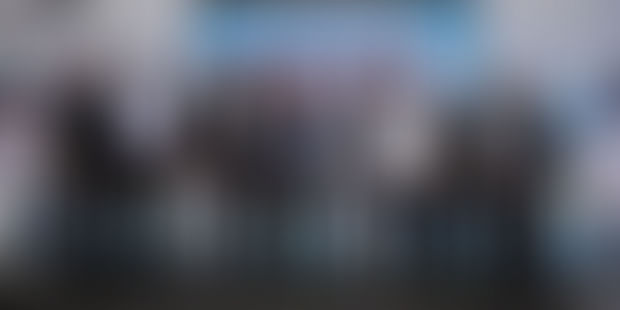 As the audience settled down on their seats after navigating through an unseasonal downpour to reach the venue (Grant Hyatt Regency), they had an unexpected task at hand. They came to listen, applaud, and some give and some take away the awards. Instead, a wine taster, Anish, ascended on the stage to command the audience to carefully look at color of the wine, to swirl the wine glasses, to smell the wine, and then taste it. The dark color of the wine meant it is just a year or two old. Wine gets paler with age, Anish told the audience. This in addition to cheese on the table ushered in the TiECON Chennai 2012 Awards evening, and my whole suspense about wine and cheese dinner on the invite got settled. This novel idea of wine and cheese was suggested by Ramraj, the Chairman of TiECON Chennai 2012. For the first time, the TiECON Awards became a separate event in itself, which Vishy Vishwanathan, Executive Director of TiE Chennai, said was to make the TiECON more focused as Awards was hogging the limelight more and others sort of pushed to the background. So the Awards and Conference are separate events this year. The TiECON Chennai 2012 will feature interesting speakers and as usual engrossing sessions at Chennai Trade Centre.

In his opening remarks, Lakshmi Narayanan, President, TiE Chennai said that TiE Chennai has become diverse in terms of industry coverage. And the organization has transformed into a platform for entrepreneurs and just a stage to get associated with. “The technology companies constituted only 50% of the companies that pitched at PitchFest this morning,” said Lakshmi. (PitchFest had companies pitching to angels, VCs, and investment bankers.) “We wanted to move away from technology three years back,” added Lakshmi. When Lakshmi took over as President of TiE Chennai, he said his aim was to broaden the scope of TiE Chennai to include diverse industries and not just technology, for which TiE is known all over the globe.

R. Ramraj, Chairman of TiECON 2012, said that entrepreneurs in Tamil Nadu don’t come forward for recognition. Their refrain is that their work will speak for itself. He gave an indication of the jury that selected the awards: Niranjan Mardi, bureaucrat; Jayashree Suresh, academician; Sandhya Sekhar, former CEO of IIT-M Research Park; Aarti Sivanand, lawyer and entrepreneur; Murugavel Janakiraman of Bharat Matrimony, and Venkat of Veda. The jury had a tough time, according to Ramraj. Explaining the agenda of TiECON 2012, he said that Awards is Part 2. Part 1 was PitchFest and Parts 3 and 4 will play out at Chennai Trade Centre at the conference.

Geet Sethi, the national billiards champion, filled the awards ceremony with insights into his career and world view. He said, “entrepreneurship and sportsmanship are not dissimilar. Both involve risk taking, hardwork, thinking out of the box, and pursuing excellence.” He added that sacrifice and challenges are invented words as when passion takes over, they don’t matter. He recalled how he travelled to Bombay from Ahmedabad (where he hails from) in a third class coach in an unreserved compartment to play a West India tournament. He lost the first round and returned by the same third class unreserved. He further gave an insight into what makes him today and what was the contributing element. That is concentration. His ability to stay focused on the only task he was doing at a particular time, which Swami Parthasarathy defines as an “ability to inspect your mind on the present,” in other words, concentration.

“Life without a cause can be terrible,” said the champion billiards player. He also now runs Olympic Gold Quest, an organization to focus on athletes’ overall training and performance so that India wins gold medals at the Olympics. Out of 34 trained by Olympic Gold Quest, 19 qualified for London Olympics and four brought medals home. He was distraught by athletes who were not treated with respect and not having dignity at Seoul Asian Games and Sydney Commonwealth Games. He wanted to take up their cause to bring dignity to their lives. Recalling his sudden dip in performance in 1997 after he won the second world billiards title, he revealed that he had played a flawed billiards for 13 years and his performance drop enabled him to discover that. He bounced back in 2000 after four years of rigorous practice and has won nine world championships overall.

Sankara Nethralaya has done yeoman service to the cause of blindness and has touched upon millions of lives. The man behind the movement wears his achievements thinly on his shoulders. Dr. S. S. Badrinath, who received the lifetime achievement award, attributed all this to His grace. He said the honesty is one of the core virtues practiced at Sankara Nethralaya and none of the employees accept tips. Much against the spiritual of wish of human beings not to be born again, Dr. Badrinath said he wants to be born again to serve humankind as birth is the physical manifestation of divine will. The institution that Dr. Badrinath has taken to great heights of world-class excellence symbolizes the Indian philanthropic traditions and an unremitting desire to relieve human suffering. And the humility despite tall achievements displayed by Dr. Badrinath is definitely a role model behavior worthy of emulation by today’s youth.