A kick to safety: Truly "Justice for Women" with self defense classes! 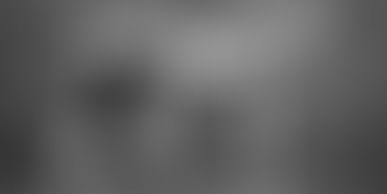 A contemporary story in its own self, Justice For Women was started as a hashtag on Twitter by Sakshi. The Guwahati rape incident had shook her considerably. The feeling of scare, helplessness and frustration looking at the current state of affairs motivated her to do something about it. The goal was to connect with like-minded people who could help her to bring change in the Indian society. The hashtag was picked up on Twitter since the emotion resonated in the hearts of many. "From there on I launched it as a full-fledged campaign to fight for women rights thanks to the support of family, friends in real life and on social media," says Sakshi.

The Justice for Women core team comprises of four girls from different cities connected by a common goal and dedication towards the cause. Dr. Anita Hada Sangwan records videos talking about strong issues for the JFW Youtube channel and is an active contributor to the blog. She is also a talk show host for ETV Rajasthan, and a Treasurer and founding member of an NGO named Prem Mandir Sansthan, which works for the cause of women empowerment and education.  Ankita Garg handles the JFW workshop organization, Marketing, PR and contributes to the blog. Also, she is the Strategy and Marketing Head at a startup company called "Cardback".  Zena Costa handles the JFW Twitter, Media Relations and contributes to the blog with guest posts on strong issues. Sakshi Kumar, leads the team and manages the blog.

Justice for Women has different trainers and academies in different cities. These trainers teach a variety of martial arts forms from Krav Maga to Karate. When it comes to self defense, the focus is on using one's reflexes in a hostile situation. The trainers teach women some handy self defence techniques that make use of commonly found things; from handbags to knives.

In Chennai, Krav Maga specialist Uday Dhanda, in Chandigarh, King's Academy of Martial Arts, in Mumbai, Mixed Martial Arts India, and in Bangalore, Frank PowertoWomen, are some classes/individuals that have trained women. Justice for Women is constantly on the look for new trainers in other cities to fulfil their noble goal of organising pan-Indian free-of-cost self defence workshops for women.

Although her startup provides self defense classes, Sakshi says that self defense is just one of many tools that women can employ in a dangerous situation. She goes on to say that, "Self defence cannot guarantee 100% protection. Women need to take many preventive measures to avoid getting into a risky situation as well. We started the blog to educate women on their laws, rights and news related to various issues such as cyber stalking, domestic violence, sexual harassment, et al"

Being an online initiative, Justice for Women has to rely on the power of social media, and in Sakshi's own words, "on the altruism of people". The later part because of being entirely volunteer-run. Justice for Women also has a sister concern called Gubbare. This initiative is to spread literacy among the underprivileged. Sakshi and her sister Pratiksha Mendiratta, started it with 20 students and has since steadily grown to 80 in strength.

As we talked more with Sakshi, interesting stories came up. One of them being the fact that her family didn't knew about Justice for Women till one day, when she told them to watch her interview on TV. "Since then my father has been discussing with me new ways I could expand the initiative, from opening my own self defense academy to writing letters to ministers of various issues," says Sakshi.

With Justice For Women Sakshi and her team wish to bring about a positive change in the present status of women in India. The JFW team feels that the need of the hour is to launch a strong nationwide awareness campaign on the lines of 'Pulse Polio campaign' to deal with the problem at each level from curbing female foeticide to stopping dowry death!

Sakshi's story resonates with the tagline she has kept for JFW: It's not only about outrage, it's about action!