When do I need to apply for a Shops and Establishments Registration for my business in Karnataka? 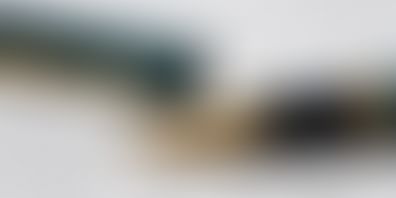 2. Who is an employee under the Act and whether or not there is a parameter as to minimum or maximum number of the employees that determines the eligibility of an establishment as to registration under the Act.

3. Procedure of registration under the Act.

1. Which establishments need to register under the Act.

S. 2 (u) “shop” means any premises where any trade or business is carried on or where services are rendered to customers, and includes offices, storerooms, godowns, or warehouses, whether in the same premises or otherwise, used in connection with such trade or business, but does not include a commercial establishment or a shop attached to a factory where the persons employed in the shop fall within the scope of the Factories Act, 1948;

(a) offices of or under the Central or State Governments or local authorities, except commercial undertakings;

(b) any railway service, water transport service, postal, telegraph or telephone service, any system of public conservancy or sanitation or any industry, business or undertaking which supplies power, light or water to the public;

(d) establishments for the treatment or care of the sick, infirm, or the mentally unfit;

(e) establishments of the Food Corporation of India;

(g) offices of a banking company.

2. Who is an employee under the Act and whether or not there is a parameter as to minimum or maximum number of the employees that determines the eligibility of an establishment as to registration under the Act.

Under the Act the employee is defined as :

S. 2 (g) “employee” means a person wholly or principally employed in or in connection with, any establishment whether working on permanent, periodical, contract or piece-rate wages, or on commission basis, even though he receives no reward for his labour and includes an apprentice, any clerical or other member of the staff of a factory or industrial establishment who falls outside the scope of the Factories Act, 1948, but does not include a member of the employer’s family; and “employed” shall be construed accordingly;

(a) persons occupying positions of management in any establishment;

(b) persons whose work is inherently intermittent such as drivers, care-takers, watch and ward staff, or canvassers; and

(c) persons directly engaged in preparatory or complementary work, such as, clearing and forwarding clerks responsible for the despatch of goods.

3. Procedure of registration under the Act.

Application in Form-A duly completed with supporting documents are required to be submitted to the local Labour Inspector with necessary payment towards registration fee. The jurisdiction of the Labour Officer is based on the locality in which the business is housed from.

Establishments working on holidays or beyond working hours are required to apply separately for permission from Labour Officer. Similarly, establishments seeking to employ women beyond the permitted closing hours should obtain permission separately from concerned Labour officer.

For any changes such as increase in working hours, change in address etc. same form – Form A is to be used. Certificate of registration is required to be renewed once in 5 years. If the company has more than one office/ branches each branch has to be registered separately. Each Company / branch has to be registered in different circles based on their locality. (Locality will be on PIN code basis)

Rules & conditions to be followed

(a) shops dealing mainly in medicines or medical or surgical requisites or appliances;

(b) clubs, residential hotels, boarding houses, hostels attached to schools or colleges, and establishments maintained in boarding schools in connection with the boarding and lodging of pupils and resident-masters;

(d) shops of barbers and hairdressers;

(g) shops dealing in pan (betel leaf), pan with beedies or cigarettes, or liquid refreshments sold retail for consumption on the premises;

(j) establishments for the retail sale of petrol;

(n) oil-mills and flour-mills not registered under the Factories Act, 1948;

(p) commercial establishments engaged in the manufacture of bronze and brass utensils so far as it is confined to the process of melting in furnaces.

(s) Bio-Technology and Research Centres or establishments ofepidemic and other diseases.

The name board of every establishment shall be in Kannada. If any other language is used, it should be below Kannada version

Important registers to be maintained under the Rules

(a) Register of leave with wages Form–F

(d) Notice to be exhibited on weekly holidays in Form P

(e) Registration certificate to be exhibited in Form C

Documents required for registration along with Form A

Information required for filling up of Form A