Are you Romancing Online? Don't Miss the Startups Love Story! 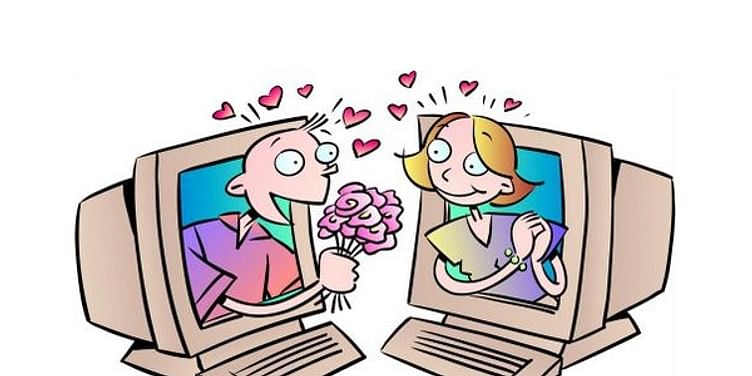 Editor's Note: This post was written in June 2012 but has been floated up for Valentine's day.

Love in the air? No, not anymore, it’s on the World Wide Web! Sex and the city? More like Dating and the Internet.

It wasn’t very long ago when Bollywood actors were seen running behind and vehemently shaking bushes to depict their love. This was pretty apt considering the openness in culture that India showcased. However, times are a changing! With the dawn of the internet and a huge influx of western ideals, we’re in the age when people are more comfortable with the bold topics of love, romance and sex.

An ensemble of websites and apps, some of which we've captured here, have come up as a testimony to the increased openness in India's culture. Just to draw a parallel, the US has about 1500 online dating sites and a market worth USD 2.1 billion.

Two Mangoes: Founded by Rahul Bhardwaj, TwoMangoes is a website for singles who are looking to date rather than marry straight away. The website has a very ‘cool’ look to it and their video puts across the message succinctly. TwoMangoes recently received a round of angel funding and is gaining prominence with time.

Ditto: Founded earlier this year in January by Mumbai based Shweta Agarwal, Ditto focuses on matching profiles of people with shared ideologies, tastes and interests. The profiles focus on interests rather than ethinicity, colour, height or other such attributes.

MyMitra: With a very high focus on eradicating spamming and stalkers, MyMitra is a dating website that concentrates on getting the best profiled individuals. The founders have been bold enough to christen it as a website for a crowd only from the creamed universities. Based out of Chennai and founded by Aravind K.P., MyMitra was mainly targeted at Ivy league colleges but the concept is being drawn in to India now.

DateIITians: Taking it a step further, DateIITians is a website that offers ‘hope’ to geeks and techies (whose reputation in the social world has been annihilated by a popular sitcom, ‘The Big Bang Theory.’). The site, that went viral upon its launch on the 22nd of January this year, is all about meeting and socializing with geeks and techies through social networking by imitating real life scenarios right from expressing a ‘crush’ to sending gifts.

DateDosti: Bangalore based DateDosti put the remote in the hands of women. With a main focus on providing a safe and secure environment for women on the net, DateDosti banks on the fact that its effort to neutralize the skewed sex ratio on the net will be recognized. With a hefty number of registered users, DateDosti also seems to have done something right.

Floh: An invitation-only network for single people, Floh is now more than a year old. Floh makes it easier for single people in India to get together. Floh enables this by creating great events where singles can meet other like-minded people outside their family and job networks.Desicrush App: The app space hasn’t been explored to a large extent when in it comes to apps specific to dating for Indians. Developed by US based founders, the DesiCrush app on the iStore is the most popular or at least search friendly app.

Considering a low internet penetration rate of 9% in India, it has close to 120 million users online. Factoring in people above the age of 20 and people who’d be willing to use this service, the approximate market size can be put down to 15 million which can only grow rapidly in the years to come.

When it comes to Love online, Mumbai rules: One thing on which Rahul from TwoMangoes and Shweta from Ditto unanimously agreed was that, geographically, Mumbai tops the list in terms of registrations, users and traffic. Delhi and Bangalore follow closely and the trio is way ahead of the rest. Other metros like Chennai, Kolkata and Ahmedabad are still conservative in terms of online dating. TwoMangoes did a bit of marketing in Jabalpur as a pilot and the results were encouraging proving that the smaller cities might also be a good market.

Depression, Festivals – Lots of love. IPL – not so much: In terms of variations in traffic, TwoMangoes witnessed a dip in traffic during IPL, so that’s one area where Bollywood wasn’t the only industry that took a hit. And, a very interesting point here is that a dipping economy and a festive season, both are very good times for these businesses. While in depression, people are more likely to be indoors, browsing around pointlessly. During festivities, there’s a common question, “So, dude how’s your love life?” and one has to be prepared to answer this uncomfortable question.

When it comes to love, women remain the sincere ones: The skewed sex ratio in terms of internet users obviously trickles down to these sites but many are seeing a comparatively good ratio in terms of the profiles they receive. One could roughly hold on to a figure of 65-35. “The important point to note here is that 90-95% of activity from females is genuine,” says Rahul.

Coming to the climax, the user adoption from the top 3 cities has been very encouraging and the space is spruced up nicely with open minds and deepening pockets. One might be skeptic about moving into other cities at this point with the same model as the mentalities are poles apart.

While globally this has grown to be a big business, we believe India is not far behind on the love scene, we will see alot of activities on this front shortly. We also believe this is a hot sector to get into if you are ready to wait out a bit and yes, have the heart to get into the business of hearts!

- Jubin Mehta with inputs from Meghna Chhabria and Shyamal Dave