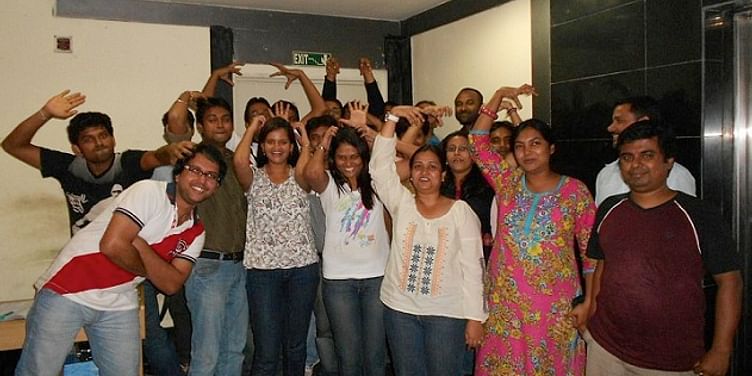 This article is a part of the Culture Series we’ll be carrying as a run up to the Startup Jobs Fair, India’s first exclusive campaign to connect the most promising talent with the most exciting startups. This series will bring out the culture of some of the most dynamic startups that have managed to scale and make a mark… Here, we talk about Fusion Charts…

Kolkata is far from what you’d associate startups with. Better known for the trams and a laid back life, Fusion Charts is an outlier. Founded by Pallav Nadhani at a tender age of 17, it is testimony to the fact that you can make a lot work out on your own mettle. A software company, Fusion Charts pioneered the concept of Flash Charting- animated and interactive charts. What was started by Pallav as a means to earn more pocket-money has blossomed into a huge business serving more than 21,000 customers across 118 countries! Completely based in Kolkata untill 2011, Fusion Charts then opened up an office in Bangalore as well. Here is a tour of their Bangalore office:

Pallav started up the company in 2002 and has been growing slowly and steadily ever since. Completely bootstrapped, Pallav never felt the need to raise funding and Fusion Charts is a prime example of how to build a company without taking funding. The company now boasts of more than 65 employees with an annual turn over nearing $10 million.

Sanket Nadhani, Pallav’s brother who has been a part of the whole growth story shares, “It started out just because of Pallav’s passion to do away with ugly charts and what he has been able to build from that is phenomenal! I've been a part of the whole growth story and it has been an amazing ride,” Sanket used to look after marketing at Fusion Charts untill some while ago when he moved out and concentrated on efforts like their book- “Not Just Another Pie in the Sky”.Pallav’s father has always taken care of the financial and legal part while Pallav sets the direction for the company as a whole. Having been in Kolkata for a better part of a decade, Future Charts recently expanded into Bangalore. The development team still sits out of Kolkata which is about 40 people but the middle management is being built out of Bangalore.

Hiring and building a community

Fusion Charts has mainly hired via referrals and continues to do so. “The Kolkata startup ecosystem is so nascent that a lot still needs to be done, and Fusion Charts is the sole big flag bearer as of now,” says Shamasis Bhattacharya, a JavaScript Architect who has been a part of the engineering team for more than four years now at Fusion Charts (meet the awesome employees at Fusion Charts).

Shamasis also shares that people across the globe know of Fusion Charts but Kolkata is still so far behind that hardly anyone would knows of this amazing company.

Pallav has also been able to grow the team and maintain the discipline. “People have flexibility with timings but we’re really task oriented,” he says.

One really striking point Sanket mentioned is that Fusion Charts is usually averse to the concept of meetings. “Unfortunately or fortunately, a lot of us smoke and during these breaks is when all the meetings happen,” shares Sanket. "We don't have strict daily scrums or meetings where people sit, plan and waste time," he adds.

Fusion Charts maintains a very hands-on environment wherein everyone from the director to the newest recruit gets their hands dirty. “Even the sales director has to make calls!” says Sanket. Surely a good sign of a thriving company, this also emanates from the fact that Pallav has bootstrapped the company. Building it from scratch, the company hasn’t raised a single penny of external money and has been highly profitable.

A culture of Family

Visiting the office in Bangalore when some of the employees from the Kolkata office were also present, one can feel the joy people take out of working for Fusion Charts. "It's a family and the office feels like home!" chimed one of the new recruits when asked about how it feels to work at Fusion Charts. "The Dude" which is the mascot for Fusion Charts was developed in 2011 and has been a really great move. "We wanted people who use our products to associate us with something and thus came along the Dude, he's a perfect embodiment of what Fusion Charts is," says Pallav.

Looking to grow the family aggressively, Fusion Charts is hiring and will be at The Startup Jobs Fair! See you there!