A restaurateur, an artist, a chef – call him what you may, for all hats fit well on Farrokh Khambata's head 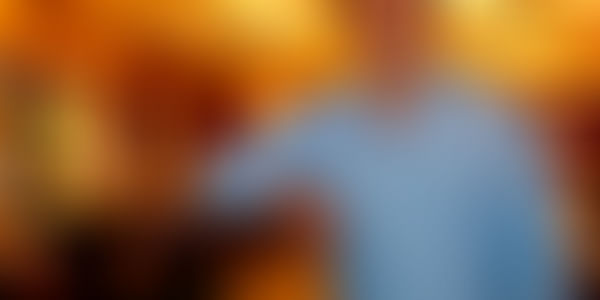 For the swish set of Mumbai, dining and drinking is part of their weekend ritual. But the many delectable restaurants and the varieties of cuisine they have to offer, sometimes make it hard to stay back whole week before indulging. Our entrepreneur story today is about the owner of four such well-known restaurants in South Mumbai. Farrokh Khambata is as well-known for his culinary creations as he is for the beautiful structures that also double up as his restaurants. The most famous of the four is Joss Restaurant, which introduced Mumbaikars to tastes beyond Italian and Chinese in the year 2004. Specializing in Japanese, Malaysian, Balinese and Indonesian dishes, Joss found a niche in providing guests a variety of modern Far East cuisine.

“Joss came in at the right time I think, when people had been introduced to international cuisine but were also bored of the fare available commonly,” says Farrokh. Next came Amadeus in 2011, Café at NCPA in 2012 and Umame his latest venture also in 2012. Like many other entrepreneurs, Farrokh followed his heart to become a chef and subsequently a restauranter. Farrokh is also a trained architect and his eye for beauty is evident not just in the dishes he cooks, but even the interiors of his restaurants are very beautifully done. We met him at Amadeus and pictured here are some snapshots of the place.

Although he enrolled into a course to be an architect, Farrokh’s interests lay in something else. “Architecture is a seven year course and even after finishing the course, you have to work for sometime before you can establish yourself in the profession,” says Farrokh. In 1995, he dropped out of architecture and joined a catering college to learn the art of cooking and things related. Farrokh says college was quite useful because of the various skills they teach you. After completing college, Farrokh travelled the world extensively to learn about different cuisines and even worked as a day chef in Thailand, Veitnam and other places for three months. On his return to India, Farrokh joined the Taj in Mumbai, but lasted there only for seven days. “Working conditions in even five-star hotels were very difficult back then,” he says.

Next, Farrokh started his own catering service called Flavours in 1995. “I started operating from a make shift kitchen in my parent’s house,” he says about the beginning. And one of his first employee was his batchmate from catering college, who didn’t event clear the course. However this home kitchen went on to satiate the hunger of many expats at Alliance Francaise, the French Counsulate and soon Farrokh was the preferred caterer for many in the area. “The catering business depends a lot on word-of-mouth. And I was lucky to get good reviews,” he says.

As business grew Farrokh bought a 300-sqaure feet central kitchen in 2002 to cater to the growing demands of his business. Next came Joss, Amadeus, Café at NCPA and his most recent outing Umame.

Farrokh has been a pioneer in introducing many cuisines to Mumbai; Joss was the first restaurant to give patrons a taste of pan Asian cuisine including Sushi and Sashimi. Amadeus introduced Mumbai to Spanish and Levantine cuisine and now Umame continues to build on the Joss legacy of pan Asian cuisine.

“I was very lucky when I started, India had just started to receive vegetables like broccoli, baby corn and when you have the right ingredients cooking is more pleasurable,” says the expert. Farrokh says he mostly relies on his gut feel about what would work in his restaurant: “I use my heart more than my head,” he says. And if he is convinced of the potential in the market, he also makes sure his introductions will be suited to a larger Indian palette. These have been the guiding principles of his business and says he will follow a similar route even for his expansion. Farrokh has plans to expand within other Indian cities as well as in Dubai, UK and Singapore. Even in these countries, Farrokh will follow a similar strategy of choosing a palette which is suited for a larger customer base there. So in the UK it could be modern Indian restaurant, while Dubai and Singapore will serve Asian fare.

Farrokh admits he is not too keen on the operations part of the business, “I like to introduce new food, try new recipes and bring something different for our customers all the time. But the accounting, marketing and all that part of the business is a real pain,” he laughs. However today, to help Farrokh and his company – Catering & Allied – the entity under which all the four brands of restaurant come – is a staff of 350 members who take care of all the ‘pain points’, leaving Farrokh free to do what he loves the most. But he continues to be very hands on, and at the time of our interview, he was patiently guiding someone incessantly calling him asking for directions to a place. “As an entrepreneur, I have to be present to solve problems if any. Although I am very happy just creating food, I cannot stay away if something needs my intervention. I am still very hands-on,” says the super chef.

Farrokh values loyalty a great deal and says he works very closely with 45 odd people that form the core staff at Catering & Allied. “In the restaurant business stability is a huge factor. You gain the confidence of your team over the years and for that they have to spend time with you,” he explains. He also believes in leading from the front, and as an entrepreneur he says it is upto the boss to show the way. “The speed of the team depends on the speed of the boss, especially when it is a people’s business like ours.”

Farrokh turned entrepreneur because he was in a hurry to get on with his working life and cites the same reason for also not completing his architecture course. “Catering business is the least capital intensive business, it’s a cookie cutter model and you just need a kitchen to start from,” recollects Farrokh. He admits that sometimes he does think how life would have been, had he become an architect. However going forward, Farrokh says he has decided that when he opens his next restaurant he will work with a young architect, so that he can also exercise his architectural skills to the full.

Farrokh admits he has not been very active in marketing his ventures: “Its difficult to market a restaurant, because it doesn’t make sense to do mass advertising, if you are not present there geographically.” Therefore events, loyalty card programs, mailers and celebrating days like ‘International Sushi Day’ have been some of the methods followed to connect with customers.

Farrokh is also very intrigued by the sudden VC, PE activity in the restaurant business and says he has personally been approached by atleast four or five VCs so far for investing in his venture. “I am in no rush. Because currently I think opening a restaurant is a fad, it is more for status and it is like, I can take people to my restaurant for dinner. But this is a very dangerous trend and the bubble may burst in the long run,” cautions the expert. It could again be his gut feel giving him these warnings, so all you wannabe restaurateurs out there, do pay heed.

We ask Farrokh how he is making sure his legacy and brand manages to outlive him and he has a very simple formula. “Maintain consistency in what you are doing, reinvent yourself constantly and if you continue to do this over a long period of time, you will be able to build your own legacy as time passes,” he says.

Despite the busy schedule he has, Farrokh makes sure he takes sometime off to be with his son. He loves driving and indulges in the passion every night. When he has some more free time, he likes to travel, go on a holiday and dive. But more than anything, he enjoys creating new cuisines at his various restaurants. So next time you are hungry and in the vicinity, try some of his creations first hand. Bon Appétit!