The second edition of Unconvention | L (Unconvention) – a social enterprise conference that was debuted last year by Villgro Innovations Foundation – kicks off on August 23 in Thiruvananthapuram and then moves to 14 other cities. The first edition was held at five cities, with a turnout of around 500 attendees. SocialStory (SS) got the latest on Unconvention by interacting with Michelle Abraham (MA), co-founder, Unconvention via email.

Read on to find out more.

MA: Villgro has been dedicated to promoting social entrepreneurship, offering networks, knowledge, recognition and role models, engaging multiple stakeholders across a variety of roles, through its Unconvention platform.

Unconvention offers a combination of initiatives focussed on inspiring, discovering and nurturing social enterprises that have the potential for high impact on the lives of the poor in India.

Social Entrepreneurs benefit by being part of the national network and can get access to inspirational stories from social entrepreneurs, specific knowledge on aspects of running a successful social enterprise, networks, recognition and a pathway of opportunities and resources to take them through their entrepreneurial journey.

SS: How does Villgro benefit?

MA: Given that Villgro has a clear focus on finding and incubating early-stage social enterprises that are developing products and services for under-served communities in India, a natural extension of our work is to go deeper into India. We have begun to go beyond the concentrated urban centers and started to build and nurture potential entrepreneurs, early-stage ideas and local support providers in these semi-urban regions through Unconvention.

We have a proven model for inspiring, educating and preparing potential social entrepreneurs for scale. As we extend this model throughout India, we seek support in growing the footprint of our activities.

SS: How does it differentiate from Sankalp and other such social enterprise conferences?

MA: Constant and critical questions being posed to various stakeholders in the Indian social enterprise ecosystem are: How do we build a steady pipeline of investable ideas? Where are the entrepreneurs who have the ability to take ideas to scale? Are we missing several enterprise & innovative ideas because all the investors and capacity building are largely concentrated around urban centers? With several regional colleges, engineering centers, regional and local entrepreneurial businesses thriving across India, what is needed to encourage, nurture and seek innovative new ideas that can be developed through early seed funds and incubation into a more healthy pool of high‐impact ideas?

Through Unconvention, we are trying to provide and tackle this by an ecosystem approach.

The Unconvention Platform is now evolving into a national network of local hubs / centers reaching deep into the small towns and cities across India, providing an opportunity for SEs to be discovered, supported and nurtured in a meaningful way. These hubs will help them get access to inputs that are currently only available in the large metro cities. It is also imagined that these local hubs/ centers would be sustainable through local funding and services – and linked to the national Villgro network through a technology-based platform. The local hubs could evolve into regional incubators linked to Villgro. One of the primary success parameters of this platform will be a richer, more ready pipeline of investible impactful enterprises for the impact investment eco-system to fund and support.

SS: What were the lessons from last year?

MA: The key lessons we have learned last year are

SS: Could you elaborate on the knowledge sessions and networking opportunities?

MA: As stated above, one of the issues is lack of regional ecosystems which can provide networks and knowledge about how to start, grow and scale an SE. We plan to organize an Unconvention Talk Series which will result in continuous engagement with locally identified SEs and will be delivered in partnership with other local players and subject matter experts sourced through our partner network in India.

We plan to do this in at least 5 towns. The sessions will deal with issues such as: identifying gaps in idea and business model, brainstorming ways to innovate, unit economics, building a scalable organization, finding and retaining talent, raising money, etc. In addition, the sessions will allow peer networking as well as close mentorship.

Also, there is lack of synergy between local and national events and Sankalp Unconvention Summit will provide potential SEs operating in smaller towns with national visibility and networking opportunities. Select innovative ideas who are locally identified will be encouraged to be a part of the larger national discussion at this forum, by giving them scholarships to attend. This will enable them to raise the visibility of their idea, connect with like-minded individuals and organizations around the country, and raise support and funding from national and international donors and funds.

The Summit will also have ecosystem awards which will recognize and felicitate individuals & institutions who have contributed towards building the ecosystem.

SS: Will it be limited to the conference or will entrepreneurs become part of online platform that will go beyond the conference?

MA: All those identified through the regional hubs will be provided ongoing knowledge and networking support through a robust online web-based platform. Since we believe in the power of collaboration, we will do this with other stakeholders of the SE ecosystem.

SS: Will select entrepreneurs be given funding/mentoring/access to networks?

MA: Yes. The entrepreneurs who come out of the regional hubs will be provided access to funding, mentoring & access to networks within Villgro and also outside of it. A pathway of opportunities will be laid out for those who participate which will allow them to take the right path.

SS: Will there be any rewards and recognition?

MA: Yes. Those enterprises who come out of Unconvention can apply for Sankalp Awards, our strategic partner.

We also believe in recognizing the efforts of the ecosystem players and hence Villgro Awards will recognize & felicitate different individuals and institutions who have contributed significantly to grow the SE sector.

SS: Do the entrepreneurs from tier 2 and 3 cities have a different set of problems compared to their peers from big cities?

MA: Yes. As mentioned above, the ecosystem to support SEs in the rural, semi-urban and marginalized communities, are at an early stage of evolution. Also, there has been very limited support given to local institutions to build their capacities to serve budding SEs, who need assistance to get started and mentoring for the initial stages of their journey. A fledgling SE needs handholding and nurturing continuously in forms of mentoring, access to facilities, ability to tap into networks, etc, and these inputs should be provided locally. There is definitely also a need to connect the entrepreneurs from tier2/3 cities to a larger network and Unconvention aims to provide that.

SS: How many attendees are expected to attend?

MA: Since the exposure to Social Entrepreneurship as a concept in these regions is minimal, we expect to attract around a 100-150 people at each location. Also, given that inspiration is a key value-add which we will provide through Unconvention, we hope to attract more budding SEs and those who may want to contribute to the sector in other ways, say, by being a fellow/intern/mentor etc. 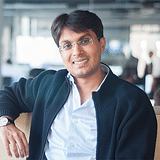 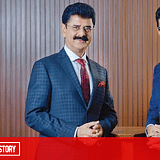