Naval Saini worked for a few MNCs in very technical roles before he felt the urge to do something more impactful. That is when he landed on the idea of using empty staircases in offices to spread positive social messages. Naval hence started up EDEDAA back in July 2010 in Hyderabad. The response was good to start with and they also got a few press mentions but the going got tough and Naval couldn’t manage to get a steady revenue stream flowing. The company had to unfortunately shut down in a year.

Naval then moved back home in New Delhi and learnt many web and mobile technologies. He also entered freelancing and teamed up with a few others in the startup world to get a good sense of the ecosystem. Getting entrenched in the app world, Naval then started up Flip Flop App in December 2012. Naval initially used to work with a few interns who he usually met at Hackathons but then put together a small full time team to build some world class applications.

The launch of Silent Ninja

The first product to be launched under the banner of Flip Flop is Silent Ninja - a smart application that handles incoming calls, without user intervention.

SilentNinja is built in partnership with Mohit Saini who works as a manager in an auto company in Chennai and proposed to seed fund his own call blocking idea with Naval. “It seemed like a simple product and we love doing products that look simple. We built the concept from the idea, brainstormed it, looked at the competition, designed wireframes, screens, etc and the whole process has taken us two months,” says Naval about how they landed on the idea.

They consulted with others where inputs were needed and decided to go all out and make the best quality app. The app tries to handle spam in an effective manner and has the following features:

1. Block all calls in contacts - unless they call repeatedly

2. Block all unknown numbers - unless we had called them first (earlier)

There are other players in the market like PhoneWarrior but we haven’t seen a distinctive winner yet. SilentNinja has launched targeting the markets in US and India. The app is priced at Rs 99. “We would really appreciate it if people took time to see how we are different from other applications in the market. For one, we don't snitch the phone numbers on users contact list, thus keeping friends and close ones safe. Two, we don't need the user to be be on 3G or WiFi. We work perfectly well offline. In addition, we have paid a lot of attention to how the users use our application and charted out an optimum UX flow. We don't lay an expectation on our users to be tech savvy,” says Naval.

In their next minor releases, the team would be improving in terms of graphics assets, features and minor optimisations possible while the next major releases will include handling spam SMSs.

The startup is completely bootstrapped and the next product they’re working on in parallel is NewsNinja- a fast and personalised news reader. “We intend to come up with more range of Ninja products in future. For me, the Ninja range of products symbolises speed, simplicity and precision,” signs off Naval.

From Ola to StanPlus - how startups are helping COVID-19 patients

Together we can: Startups across India team up to wage war on coronavirus

How social commerce startup Mall91 wooed small-town India, and is now reinventing to deal with coronavirus 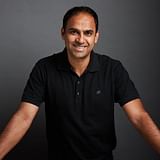