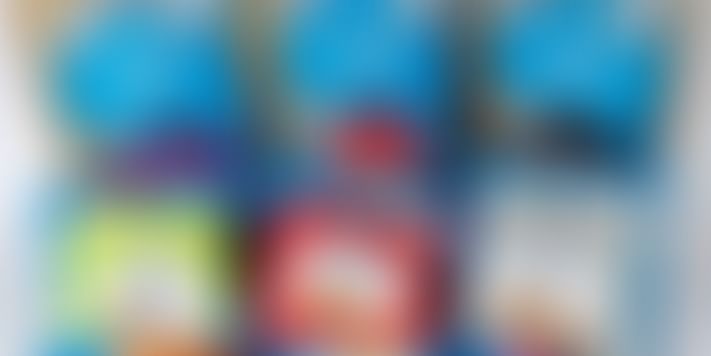 It is a space that big corporates with money and marketing muscle are playing in. That health business is booming in India is a no-brainer. From food that is grown organically to low fat, to no sugar, to vegan variety – racks at the super market are very confusing to say the least. It is also a space which has international brands like Kellogg’s and PepsiCo’s Quaker alongside Baggry’s and Saffola Oats.

Given the competition in the sector, which is still relatively new even for corporates, how good an idea is it to startup? Jaideep Sippy, founder & CEO, Style Kitchen Enterprises is unperturbed. “There is a lot of research in public domain to indicate that the Rs 55,000 crore savoury snack market and the Rs 15,000 crore biscuit & cookie market are steadily being steered in the direction of “healthier”,” he says about the opportunity.

Jaideep has launched Missisippy, a healthy food brand that have products with high fiber and nutrition, available as cookies, snacks and museli. The company was incorporated in 2009, and the product line launched earlier this year. Jaideep says Missisippy has been well received by customers and they are almost out of stock.

Missisippy is named after all the Mrs. Sippy’s in Jaideep’s family. And the way the brand is crafted signifies the warmth and freshness that the women bring. “I've always loved food. I’ve grown up in both my grandmother’s kitchens and then went to hotel school. I’ve spent the last 8 years developing lifestyle / luxury brands in the country, and towards the end I fell sick through poor food choices. I needed to rebuild my system by including more fiber in my diet and realized that a lot of people around me had identical problems & therefore identical needs – that’s the birth of the idea and we built a company around it,” shares Jaideep.

Before turning entrepreneur, Jaideep lead a very fast paced life, which needed him to be constantly on the move. Fast food, airline meals, processed food and lack of fiber intake took a heavy toll on his health, eventually leading to a surgery. That proved to be the alarm call that was needed to wake him up.

Once he froze on the idea, Jaideep went about working on setting up his wellness company, The Style Kitchen(TSK). Product development was long drawn, but once they had the product ready, the TSK team offered food samples at kiosks at corporate campuses in Pune. They met with great social response from the companies and employees, however were far from being a commercial success. “I guess young people in India like anywhere else think they’re going to live forever! So we tweaked our distribution model and focused on the product instead, to be a mainstream consumer brand available in food retail chains,” shares Jaideep.

Today Missisippy is available in almost 100 stores in Delhi, Gurgaon, Mumbai & Pune, and Jaideep says the market response has been very good.

Missisippy is a line of natural, hi fiber, ready to eat snacks, where each portion can help fulfill one-fifth the daily requirement of dietary fiber. The muesli is made from a healthy grain called Amaranth while the cookies and savory snacks come loaded with whole grain oats, brown rice and lentils. All food products are also available in different flavors. “The development has been a long road. We’ve decided not to use unnatural things in our products and therefore a lot of R&D is required to achieve a moderate shelf life while not compromising on taste. I am the primary product developer with a food technology team to help execute the ideas,” says Jaideep about the products.

Given its focus on health and wellness, urban India is the main market for Missisippy, but Jaideep says they do not want to be restricted to the niches. “We really believe our products are suitable and good for a broad base of people. We’re currently focused on supply chain & distribution and we are sure that we’re moving in the right direction,” he says. Entering Bangalore is on cards in the coming year, as well as plans to expand the product line, SKUs and improving distribution are the main tasks at hand.

Started with a personal investment of Rs 1.5 crore, TSK also raised Rs 2.5 crore in an early stage funding round led by Blume Ventures. The customer base for Missisippy is women in the 30-50 age group and via them men in the same age group and children.

The TSK comprises 10 people, that include product development, sourcing, marketing, sales and delivery skills personnel. Though the initial response has been very satisfying, Jaideep knows there are miles to go before he can stop. Distribution will be key to Missisippy’s success, and therefore are focused on expanding far and wide as fast as they can.

Alongside entering new cities, in the markets they are currently present in, they will focus on expanding the product footprint. “We believe that there are almost a 1000 stores just in the Top 3 cities that can easily sell our products based on demand from their customers.

To market Missisippy, TSK is using sampling, social media and digital marketing. “We strongly believe connecting with the first 1,000 - 10,000 customers will help us improve our understanding of this business. Also with a food brand, once the customer has tried a product they instantly know whether they like it or not,” suggests Jaideep.