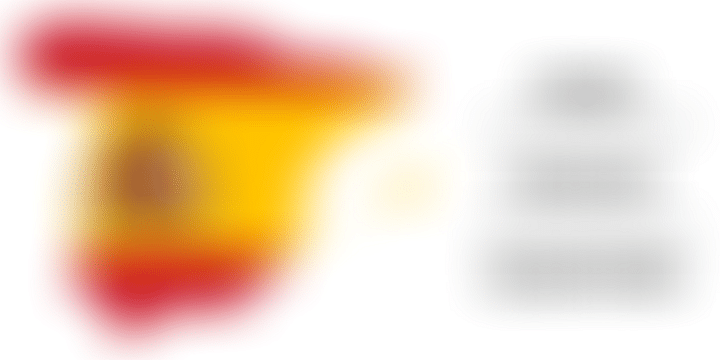 As a country, Spain has never been known as an entrepreneurial hub, and probably for good reason. The World Bank’s “Doing Business” rankings placed Spain at number 52 out of 189 in terms of ease of doing business, translating to number 27 out of the 31 OECD high income countries listed. In terms of “starting a business,” Spain ranks a discouraging 142 out of all 189 countries ranked by the World Bank.

In a 2011 interview with the Wall Street Journal, Zaryn Dentzel, CEO of Tuenti, a Spanish social media platform, said the problems with Spain’s entrepreneurial space result from Europe’s tendency to place too much emphasis on protecting workers and not enough emphasis on empowering business owners. In Spain, regulations burden entrepreneurs by making it difficult to give workers stock options and by making it expensive for a business owner to fire someone.

Yet in the wake of the financial meltdown with European countries still struggling to recover from debt crises and high unemployment, Spain could use a boost in entrepreneurship now more than ever. Accordingly, the government of present Prime Minister Mariano Rajoy has incorporated “entrepreneurship” into the language of its economic recovery plans. Policies have already begun to make it cheaper for companies to fire workers, a highly contentious issue given the country’s emphasis on worker protection, but a change welcomed by cash-strapped entrepreneurs. More recent talks of tax reform aimed at helping small and medium sized business owners are on the table for 2015.

Already, the Prime Minister has noted some success of his new policy focus on entrepreneurship. Entrepreneurs on the ground in places like Barcelona, considered by many to be the country’s tech capital, might agree. For those outside the entrepreneur community, however, the results are harder to see. Total unemployment in Spain continues to linger at around 25%, while youth unemployment is more than double that, recently reaching staggering records of over 56%.

Clearly, policy adjustments can only go so far in sparking job creation. And while Spain’s new pro-entrepreneur policy is surely encouraging to already aspiring entrepreneurs, the overall lack of entrepreneurship in Spain may actually have less to do with regulations and bureaucracy than the World Bank rankings would suggest.

Last week, at the seventh Startup Spain event hosted by ESADE in Madrid, a panel of foreign entrepreneurs who started businesses in Spain seemed to be in general consensus that the regulatory challenges of starting up are, simply, not that bad. “You’ll encounter 100 problems when y

ou're starting a business, bureaucracy won’t be your biggest one,” noted Eiso Kant, co-founder of Tyba, an online platform for users to create custom pages highlighting their professional skills. Other panelists noted that for a fixed fee anyone could find someone to guide him or her through the process of registering a business in Spain. “It will take time,” said Christian Nyborg, co-founder of low-cost Spanish mobile operator, MÁSMÓVIL, “but you just need a good lawyer.”

So if it isn’t government regulation that’s holding entrepreneurs back, what is?

Perhaps more telling than the World Bank rankings is the Global Entrepreneurship and Development Institute (GEDI) Index, which ranks countries based on an analysis of data sets about their citizens’ entrepreneurial attitudes, aspirations, and activity. In the 2014 GEDI Index, Spain dropped five spots from the 2013 rankings to land at number 32, among the lowest of the European countries listed.

At the ESADE event, a second group of panelists, consisting only of Spanish entrepreneurs, seemed to support the GEDI’s findings. They pointed largely to cultural idiosyncrasies, rather than policy constraints, as the reason for the lack of entrepreneurship in Spain.

“The problem in Spain is not a lack of ideas, but a fear of failure,” noted Joaquín Ayuso de Pául, who co-founded Tuenti along with Zaryn Dentzel. Joaquín joined the event via Skype call from Santa Monica, California, where he was pursuing his next entrepreneurial venture. The other panelists agreed and suggested that Spaniards have plenty of ideas, they just want others to execute them.

Ignasi Vilajosana, CEO of Worldsensing, added that beyond a fear of failure, there was an inherent bias in Spain against entrepreneurship as a realistic or respectable career option. “People would say to me, ‘oh, you’re an entrepreneur - so, you couldn’t find a job in a big corporation?’”

Of course, external challenges exist as well. The Spanish venture capital industry, for one, is lacking. As a result, entrepreneurs often have to look outside Spain to raise money. Yet without English fluency, they have difficulty pitching their companies sufficiently to compete for funds with English-speaking entrepreneurs elsewhere in Europe.

Still, the common takeaway from both panels at Startup Spain was clear: despite the challenges of doing business in Spain, the lack of entrepreneurship is in no way due to a dearth of opportunity. In fact, the current level of opportunity for entrepreneurs in Spain is immense. The scarcity of competition means that if an entrepreneur can identify a need in an underserved market, he or she stands to capture a huge share of that market. And given the high demand for jobs in Spain, particularly among the young workforce, a vast pool of talent is ready to be drawn from (provided you can convince them to work for a startup) to help grow one’s business.

Furthermore, despite the common complaint that the Spanish government is simply not conducive to entrepreneurship, according to those on the ground this is really a non-issue.

Spaniards may have little control over the policies their government pursues, but for entrepreneurship to boom it will take more than an easing of regulations. People must begin to view entrepreneurship not as a risky alternative to a “real job,” but as the backbone of the economy. Schools should increasingly teach risk-taking, creativity and innovation for the next generations to have the skills and confidence necessary for a career as an entrepreneur. Learning English should remain a focus, so that, rather than waiting for funds to come to Spain, Spanish entrepreneurs can successfully draw funds from elsewhere in Europe.

Finally, existing entrepreneurs should work together to foster and strengthen the community, serving as mentors to aspiring entrepreneurs and collaborating with others to promote the startup culture.

Right now the numbers paint a bleak portrait of business in Spain. But if the country as a whole can adopt the entrepreneurial mindset now promoted by its government, it could easily begin to see the numbers turn in its favor.