Ex-Goldman Sachs, Merril Lynch and JP Morgan Chase employees start The Indian Republic to be an independent voice in the Indian media scene 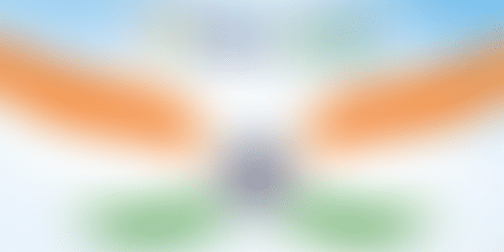 2013 was a controversial year for Indian media. Allegations continued to abound of the media being paid off to generate news and its continued focus on sensational news rather than news that matters. But what showed the media in particularly bad light was the industry becoming news fodder for all the wrong reasons. Tehelka founder Tarun Tejpal being accused of rape threw the entire industry into a tizzy, and there was further controversy and criticism, for the subsequent mishandling of the situation. It is no secret that over the past few years, Indian media has slowly began to lose its moral authority, and the Fourth Estate, traditionally considered to be keepers of truth, may have veered a little off course, crumbling under the pressures of the bottom-line.

Rahul Gupta, founder and CEO of RTI Nation and an ex-banker with Goldman Sachs, Akhil Handa an IIT Delhi alumnus who worked as an energy analyst in JP Morgan Chase & Co. and Ashwini Anand, founder of Investopresto and an ex-Merrill Lynch Barclays Capital employee decided to do something about this by starting ‘The Indian Republic’ (TIR), an independent non-profit online news portal. TIR is an initiative of the Citizens for Accountable Governance (CAG), a not-for profit company, founded by the trio to strengthen the cause of accountable governance.

“In our opinion, the media has become excessively commercialized. The pressure to sell newspapers/get hits on websites has often led to media houses being seen as compromising on their ethics and sensationalizing news. We all know about paid news, don’t we? Why does paid news exist? We felt that there is a shortage of unbiased news in the media space. While there are independent bloggers, not many of them are widely read. We therefore felt that a news portal that is fiercely independent of political and commercial pressures would be a step in the right direction,” says Anand.

So far not having a background in journalism has not hindered them in anyway. Having written articles for several portals and media houses prior to starting TIR, Anand says that writing is a skill that all three founders possess. Furthermore, the analyst background of all three founders gives them an edge, as its given them a solid grounding in research and writing articles backed by facts. They also employ a staff of full-time journalists, supported by a battery of external contributors and freelancers.

TIR’s primary audience is the Indian online population aged between 15-40 years. Anand claims that TIR is already India’s largest not-for-profit news portal. This fact can’t be independently verified. There are other Indian sites that have been trying to cover Indian news in an unbiased manner like Churumuri and Kafila. “Our analysis has shown an acute dearth of Indian portals which present both engaging and entertaining content. With a healthy mix of thoughtful and entertaining news and views related content, we intend to drive up our traffic. Our portal offers mainstream news, with a focus on nation, politics, policy, etc. We’re also starting up unique sections such as the CitiJourn which aim to engage over 1, 00,000 citizens,” claims Anand.

According to him, from the 30,000 unique visitors a month they had when they first started, TIR is currently clocking almost 2,00,000 unique visitors per two month. Future targets are stiffer, Anand believes that they would be able to touch 3,00,000 unique visitors in another month’s time, and 20,00,000 in a year’s time. TIR have partnerships with several portals in various sectors of the industry ranging from business, sports and politics to satire. Partnerships in the areas of sports and satire are particularly strong, and they are looking to broaden their news partner network in the near future.

Monetization, getting funded and challenges:

TIR hasn’t yet started monetizing the site. Since they are funded fully and owned by CAG, they are not faced with the usual commercial pressures, and with a low-cost base for running operations they don’t foresee a need for funding in the near future. “If we raise capital from the corporate or investor world, we will start having commercial pressures and would not be able to be as independent as we are right now. Therefore, we are unlikely to raise any capital in the near future,” remarks Anand. The three founders work on a small stipend that is a fraction of what they used to get paid in the corporate industry. Being a not-for-profit that is promoting a worthy cause, they have been fortunate, as many of their more established writers also charge them discounted rates and their big name contributors work for free.

Anand says that their biggest challenge at the moment is that they are operating in a fairly crowded space, with several competitors vying for the same eyeballs. Having been entrepreneurs in the past, they also realize that early growth is relatively easy, but ramping-up will be challenging. But what takes the sting of growth pressure is that they have no compulsion to turn profitable anytime soon. This keeps the focus on reporting and driving an agenda that is independent.

The other challenge that TIR’s facing is finding the right talent who have a good command over the English language and can express their thoughts clearly.

Learn more about them here.