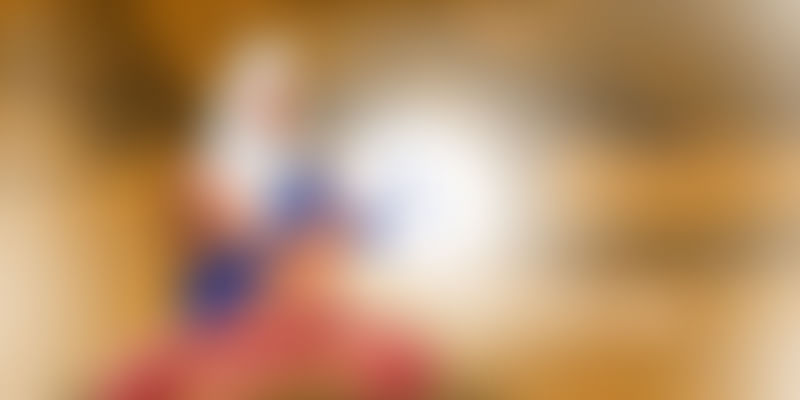 It’s not often that one gets a crash course in one’s own culture, from someone who did not grow up in one’s own country at that. In our quest for modern learning, we Indians have gradually distanced ourselves from our rich heritage, and consequently, the wealth of knowledge it offers to us.

Sometimes, it takes an outsider to lift the veil; an outsider who has spent considerable amount of time learning Sanskrit, Hindi and translating Indian texts. This is what Laurie Patton, Dean of Trinity College of Arts & Sciences and Durden Professor of Early Indian History and Culture at Duke University, did for me. A graduate of Harvard University, with a doctorate from the University of Chicago, Laurie is an accomplished scholar who, in addition to her work on Indian culture, has lectured widely on interfaith issues, and religion and public life. She has also been consulting with the White House on faith-based initiatives and civic engagements as well.

Laurie has written many books concerned with South-Asian history, culture and religion, including a translation of the Bhagavad Gita from Sanskrit to English, in free verse. An expert on Vedic texts, Laurie focuses her research on early Indian rituals, narratives and mythology, literary theory in religious studies, women and Hinduism in modern India, and the study of religion and conflict.

What sparked her love for India, and made her travel to the heart of this country in 1983, before the liberalization era? How did the experience shape her journey to becoming the second woman to occupy the prestigious position of Dean of Trinity College of Duke University, a college founded as an undergraduate college only for men? During her recent visit to India, a country she has adopted as her own, she gave me the answers to these questions, and many more.

Excerpts from an interesting conversation with Laurie:

YourStory: Your work has spanned from Indian literature, mythology, women to poetry and jewellery. When did your interactions with India begin?

Laurie Patton: When you are in college, you are in the process of forming your own identity. One way to think about the identity question is to look at your own history. My cultural background is Irish and Scottish. In college I was a Celtic Studies minor (Irish and Scottish), and a major in Comparative Religion. As an undergrad in Harvard, I particularly wanted to learn about the Celtic culture and its mythological traditions. I also did a year at the University of Edinburgh, and when I went back to Harvard, I did a seniors’ honors thesis on the mythology of sacred waters in Celtic traditions. The more I read about the Celtic tradition, the more I realized that people would make frequent references to Indian tradition and Indian mythology, partly because they belonged to the Indo-European language group. Many people would argue that both Sanskrit and Old Irish have conserved similar elements when it comes to linguistics and mythology. I was very privileged to get a fellowship after graduating from Harvard to travel for a year. I decided I would go to the sacred water sources in Ireland I had written about and spend most of the time in India going on pilgrimages to river sources. I went to Kedarnath, Badrinath, Gangotri, Yamunotri, Nashik, Triambak and so on. In addition, I lived in Varanasi for most of the year. While in Varanasi, I did interviews of women who went to worship at the smaller sacred wells and ponds, not just the large river of the Ganga. They were inspiring. There is a kind of ‘relational power’ that India has. Every culture has a particular genius which I think can contribute to the world in a way that no other culture can. India’s is building relationships.The importance given to relationships is expressed by the Sanskrit word ‘bandhu’, which can mean a family tie, or an intrinsic identity between two things, or a sacred connection. These are all very interesting to me.

YS: Today, we are increasingly moving away from our ancient traditions and values. How do we bring back that sense of community that was prevalent in those times?

Laurie Patton: You are right there. People in America are forgetting their ancient values and the same is happening in India too. As a dean, I would say all forms of intellectual, academic or institutional changes are possible because there is something deeply old and traditional about the new thing. For instance, there is something traditional about the Aam Aadmi Party, although it is new. They are reinventing Gandhian values for this generation. In your own work at YourStory, when you talk to people about their experience, it is not just about an individual’s story or about one person’s identity. When you tell a story in India, it’s about a group, a team and a community. It’s also about storytelling through dialogue. There is so much dialogue in ancient Indian literature. Take the ‘Mahabharata’ for instance. Within the story, there are open parenthesis and another open parenthesis; it’s a huge dialogue. It is a rich tradition of storytelling. People tell stories in India to make a community. You naturally connected story and community (referring to YourStory). Much like what even Facebook, Twitter or LinkedIn are doing today.

YS: You talked about the ‘bandhu’ concept. In your study what are some of the interesting things you found that makes Indian culture stand apart, especially something related to women?

Laurie Patton: There are many things that make Indian culture stand apart. In the earlier period of Indian history, for example, it was mandatory for the queens and wives to be present along with the kings and rulers for the special prayers and sacrifices to be successful. While this does not mean that the woman was at the center stage or that it was a golden era for women, there were very clear acknowledgements of the power of women. There were several women ‘rishis’ (sages) in the ‘Rig Veda,’ and some of them played an important part in the dialogues and intellectual debates that took place. There were powerful ‘Brahmavadini’, “Expounders of Brahman” who were knowledgeable about the Vedas. In fact, Sulabha in the ‘Mahabharata’ challenges the great Janaka to think about gender and negate the whole notion of gender itself. Draupadi, was another powerful character who defined the course of the whole ‘Mahabharata’. I am often saddened by the representation of Indian women in the Western media today. While there should be an uprising against violence against women in all cases, such cases should not be used for stigmatization of Indian women or India as a country. Rape and violence is a global epidemic.

YS: What’s your roadmap? Where do you want to be?

Laurie Patton: There is no better privilege on the planet than to travel around the world and learn from different cultures. I feel most privileged that I can make a difference in the world. I feel every day is a gift. I have a sense of commitment to give back, to share the abundance and privilege of knowledge. I live with this drive to do the most meaningful work, every day. As a dean, it’s about action, it’s about being a ‘karmayogi’ — as the ‘Gita’ says, “Never get attached to the fruits of your action.” The Gita also teaches that one should continue to focus on action simply because it is ethically the right thing to do. That kind of approach can contribute to the flourishing of all people, women and men alike.