How to become a superhero of productivity with Shifu 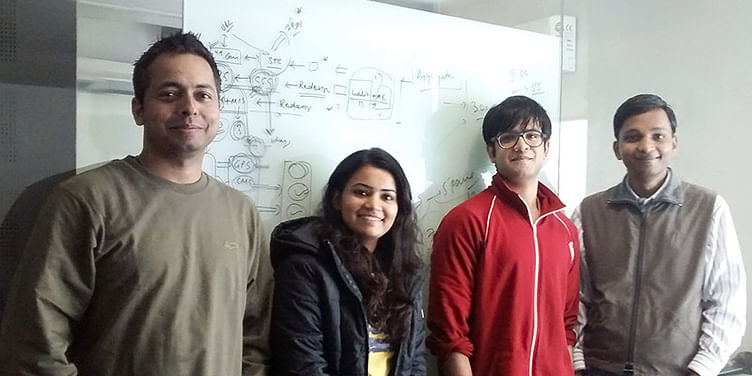 How can you get more users to engage with your app? This is a question every app developer grapples with at one point or the other. Trying to find an answer to this eventually led Prashant Singh, an engineer from Bikaner, Rajasthan, to create Shifu, a product that enhances the utility of smartphones, along with his friends, Deepansh Jain and Michael Massey.

The backdrop to this product is the huge, and burgeoning smartphone market. According to the latest market report from Gartner, Inc., 968 million smartphone device units were sold to end users in 2013 out of a total of 1.8 billion mobiles sold.

These hundreds of millions of smartphone users are using their devices for all sorts of things. A Merry Meeker report says that a typical smartphone user looks at his/her device 150 times a day! Most of them do not have a fixed thing to do with their devices each time they pick it up. They just open their phone, and do the thing that comes first to their mind. “With Shifu, we want to change that. Shifu can do the heavy lifting of thinking for you and suggest the best use you can have of the phone at that point of time,” Prashant says.

The need for a personalized smartphone experience

At a broad level, Shifu attempts to create a more personalized smartphone experience.

According to Team Shifu, smartphones are not very personal currently. “For example, beyond some surface level detail like wallpaper, ring tone, etc. your phone is not very different from mine. Both show our call logs in reverse chronological order. Is that the best way to sort it? Can't we sort them in the order of importance? But if my mom had called me in the morning and there are 20 calls after her call, I want my mom's call to be on top of the list if I check the phone in the evening. There is enough data available on your phone to deduce which call is most important. But currently, phones don't do that. This is something we can do in Shifu. Similarly, our phone knows where we are. How can we use this location awareness to our advantage? Can we ask our phone to remind us to buy something when we are walking past a supermarket? Well, with Shifu you can do this. Pretty much every screen, from home screen wallpaper to phonebook can be made more intelligent by applying user data analytics and rethinking the experience based on insight you get from that analysis,” Prashant explains.

“Currently, we are at the outset of the age of context. The next wave of services will be powered by this kind of anticipatory technologies, which help people to navigate their life little more efficiently. Shifu is our attempt to get a part of action over there,” he says.

The market size is enormous, according to him, as any smartphone user is a potential beneficiary of a more personalized experience. “We all could lead a more productive life if our smartphone can understand us little better and help us navigate our day more efficiently.”

Currently, they are targeting smartphone users who want to get the maximum out of their device. “Our go-to market strategy is to build a great product and provide an outstanding customer service.” They are reaching out to users via Play Store. “We don't do any paid promotion. All our traction is organic,” he adds.

Prashant was working with Spice Labs, where he was involved in developing a portfolio of 10 apps. “The downloads were in the range of 5-7 million but we were not happy with the user engagement. We wanted users to use our apps more. That got us to study our active usage pattern, and come up with ideas,” Prashant recalls.

One of the insights he gathered was that the peak usage in one geographical region happened at a particular time period almost always. For instance, in London, app usage peaked during morning commute hours. In US, the peak hour was in late evening while in India, afternoon hours hit the peak. The active user base in that peak hour was about 30-40% of overall user base in that region. So, Prashant’s team did a simple hack. During the peak hour, they sent a push notification to the 100% of user base in that area. This worked and their page views tripled in a week. “We did many other things like that to get more users for our app. In the next two and a half years, our number of downloads with about 20 apps reached 53 million. We were serving 1.5 million impressions per day, had a revenue of $2000- $8000 per day and even won a couple of national and international awards for our work,” Prashant says.

Another insight that came to Prashant during his stint was that all through the day, mobile users have pockets of free time, when they don’t have a fixed plan on how to spend it. If you can nudge them at the right time, they are willing to take the cue and act on it. “I thought, if I can use this insight to make people use their free time to play my games, can I make them do something which is really important to them? Like calling their friend, buying a deodorant, watch a TED talk, or get the tap at home repaired. There is enough data available on your phone to deduce these inferences and act upon them. So I joined hands with Mic (Michael Massey) and Deepansh, started our company called The Signals, and built Shifu.”

According to the Signals team, “Shifu is your smart friend who lives in your Smartphone… the Sidekick you always wanted.” It observes when and how you use your phone. It knows what important things need your attention and when is the right time to remind you about those.An IITian, server magician and ping pong champion

Michael holds a Masters degree in computer science from IIT Kharagpur. “Michael is the guy behind all the server side magic you see in Shifu. He love to analyze data and is obsessed about optimizing algorithms. That is his dope,” Prashant says.

This cofounder of Signals is also a national level ping pong player and also plays guitar like a dream. Deepansh, the youngest among the 3 founders, holds a B.Tech in computer science from the Delhi College of Engineering. A very active member of Android forums, he was the first Indian moderator of StackOverflow. During his college days, he built a couple of apps which got about half a million downloads. He built the Android app for India Against Corruption (IAC), which became very popular.

For this trio, starting up The Signals was a means to an end: “We wanted to use a product like Shifu ourselves, and so we went ahead and created it,” they say.

It’s just been about 6 months since Shifu arrived in the market. So far, it has over 50,000 users. “Getting the first set of users was relatively easy because of the novelty factor of product. Also, big time bloggers like Robert Scoble wrote about it and that also that helped us to acquire users,” Prashant says.

The team is currently based in Noida.

Anticipatory computing and contextual computing is relatively new genres. Yet, there are a few players in the field offering anticipatory recommendations. The leader in this space is Google Now, which makes suggestions based on your search history, email, calendar, etc. Besides Shifu, there are other services like Easily.do, Tempo.Ai, Donna, Aviate, etc.

“Each one of us is trying to do something different from the other. Some differences are substantial and others are superficial. But I am sure if any one of the players starts getting traction, others will pivot and fit that in their product roadmap,” says Prashant.

Meanwhile, the Shifu team believes that they are just “scratching the surface of what can we do with our smartphones”. Their aim is to make Shifu the first choice in personalised smartphone experience for people everywhere in world.

Share your thoughts on Shifu and contextual computing in the comments below.