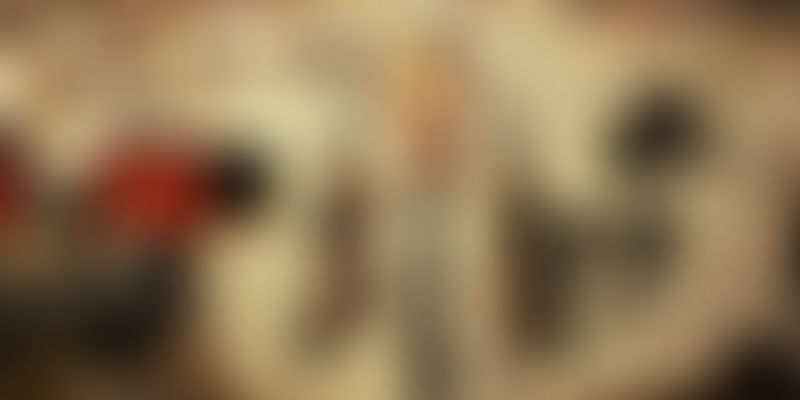 Do not try this at home! Or may be, you should. Because this guy did. And it is the epitome of cool.

Colin Furze is a plumber, stuntman and filmmaker from Stamford, England. He is the Guinness World Record holder for the World's Longest Motorbike, Fastest Mobility Scooter, and Fastest Stroller.

What Colin made last week is the combination of ingenuity and a whole lot of craziness. Wolverine's claws! Yes. And the best part is that unlike other attempts at making this that we have seen before, these claws don't just extend, but retract as well. And they are fully automatic.

The super cool invention makes use of a clever compressed air system, which makes it look like Colin’s claws are able to extend and retract on command. The big rucksack that he is wearing has an air tank in it.

This isn’t the first time Colin Furze has built insane DIY stuff in his garage. He has built a jet bicycle, world's fastest scooter, a flamethrower scooter, a wall of death which he himself rode a bike on, world's longest motorbike and world's biggest bonfire among several other things. He owns three Guinness World Records for these feats.

Right now the gentleman is on an X-Men spree and after the Wolverine claws it was time for Magneto-inspired shoes that can be used to walk on ceilings!

And while this one might not be as cool as having full-blown control over anything metal, it deserves a hearty applause.

This contraption works with the help of very strong magnets - electromagnets to be more precise which are strapped to his feet. The long cable that you see attached to the electromagnet has a button on it which releases the magnet’s hold and allows him to move his feet independently.

An announcement on his website says - "3 Weeks 3 X-men". Let's all guess what his third DIY X-men innovation will be. My bet is on a Cyclops-like invention. What do you guess? Tell us in the comments.

And from back home, have you seen this machine that can make dosas automatically in 60 seconds flat?