How Synechron built a $200 million company without any funding 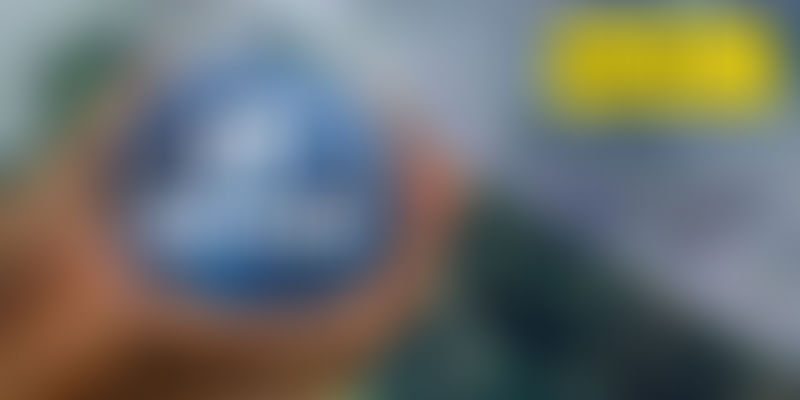 When we think of IT bigwigs of our country, the names that come to mind are Infosys, TCS, and Wipro etc. There is no denying that these companies have made us proud. However, working away quietly in the same space are also entrepreneur-led ventures like Unilog – an e-commerce cataloging and products company, and Synechron – a banking, insurance and financial services technology consultancy business, among others.

The Synechron story is one of caution, belief and friendship – where three friends decided to join hands to build a business without any venture funding. Today, they look back at the journey with a lot of satisfaction, and hope for a rewarding future.

YourStory had an opportunity to meet Synechron’s Founder and CEO Faisal Husain to discuss at length their long route to success.

Faisal and Co-founder Tanveer Saulat became friends as teenagers, while Co-founder Zia Bhutta met Faisal while working in Dun & Bradstreet, New York. Synechron, which is derived from the words synergise, synchronize and surpass, started operations in 2001.Faisal, who had worked with Merrill Lynch and Dun & Bradstreet in the past, was convinced enough of the opportunity to take the plunge.

“There was a gap in the traditional IT services industry, and it was possible to offer more personalized and consumer-centric services, and that is where we positioned Synechron,” says Faisal. Convincing Tanveer and Zia was not too difficult as they were aware of the dynamics of the sector and the opportunity that existed in the space.

While there are many factors that contributed to the success of Synechron, Faisal doesn’t tire of repeating the great equation he shares with his friends. “We are all aligned on the expectations we have from the business. We have been balanced risk takers, very measured and calculated. Because we have been internally funded, we have ventured out on one opportunity at a time. If it didn’t work we could quickly take the decision to scrap and move on to the next one. If we had a lot of VC money we would have been tempted to doing too many things at the same time and therefore loosing focus,” reveals Faisal.

Ask him the reason they have stayed away from venture money all this while, and he replies: “One ideology that we would like to maintain is we do not want to have shareholders who are not working for the company, or those who are not spending time and effort in running the business,” he says very matter-of-factly.

Another important aspect of the relationship between the three is their ability to not let business matters become ego issues. So the person who is most capable of dealing with a particular issue is trusted to deal with it, and the decision taken is respected by all three.

Talking about the initial break, Faisal says that they didn’t turn down any business that came their way – however small it was. Their initial projects came by reaching out to the people they had worked with and asking them if there were any opportunities that Synechron could take up. “We were lucky to find couple of those opportunities. From there we were able to quickly setup our direct sales team and grow,” shares Faisal.

Direct selling still brings in bulk of the business for Synechron. However, going forward there is going to be a mass media campaign that Synechron will be rolling out. This campaign will be part digital and part traditional focused on billboards, airports and mostly digital locations. Some part of the ad campaign will play out in print as well, says Faisal.

Being self-funded and independent over such a long period of time is a matter of great pride for the team at Synechron. But have things changed with time? Is it possible in today’s day and age to build an IT services company without external funding for a long time? Faisal thinks it can still be done. “We have built frameworks and accelerators internally, but largely Synechron is a knowledge-based service model. So more than building codes and software it is about knowledge, expertise and brain power,” he says.

Another reason they could keep costs low was because of their decision to be based in India for their service delivery. Synechron setup its Pune office at the same time that it started its US operation, this helped keep the “input costs really low,” says Faisal.

Today, the company employs over 4,500 employees, and a bulk of the company’s business still comes from the US market. For the initial eight years, Synechron concentrated on building its customer base in the US, and therefore it is no surprise that the business ratio is skewed 80:20 between the US and the other markets for Synechron.

Faisal claims that Synechron is today among the strong players in the IT services domain, perhaps even stronger than the big names out there. He reemphasizes their capability as a small firm to be nimble and agile in the way they service clients, compared to the complex machinery that is the mainstay at bigger organizations.

Businesswise the most challenging period for them was the financial downturn that happened in 2008-09. But they not only managed to buck the trend but also emerged stronger out of it.

After 13 years of being in the business, Synechron is still privately held, has $200-million in revenues and works with over 100 clients across India, the US, Europe, South East Asia and the Middle East. Earlier this year, Synechron opened its eighth office in Dallas, Texas. And in September 2013, Synechron became a Cloudera partner, an industry leader in Apache Hadoop-based software.

Going forward, geographic expansion and sector diversification is top on the chart for Synechron. From having 80% dependence on the US markets, the company was to expand more in Europe and Asia. From the industry perspective they want to enter sectors like asset management, hedge fund, retail banking – areas where they are not currently active.

Faisal says one of the main things about entrepreneurship is the need to believe that it can be done -- it may take longer to do, but that is ok. So unless you are doing business in an area that is evolving rapidly, don’t worry much about the time taken to build the business, because it will happen.

Focus on profitability from day one, says Faisal. “Don’t build a business where the business model calls to be unprofitable for a period of time and then be profitable in the future. In my view, a business should be profitable at any given point of time, the levels of profitability may vary as per what is required to grow the business, but have an eye on profitability,” he advises. The most important thing to watch out for is the cash flow, not the top or bottom line. Be cash flow sensitive from the beginning.”

The other important aspect of entrepreneurship is the willingness to make sacrifices in personal life. “In the beginning of the business, the entrepreneur should be ready to have a very basic lifestyle, because all the funds will have to go back into the business. Personal finances will take a hit and business finances will take priority. Be ready to make sacrifices.” he says.