[Techie Tuesdays] A tribute to Humblefool, the best coder that ever lived in India 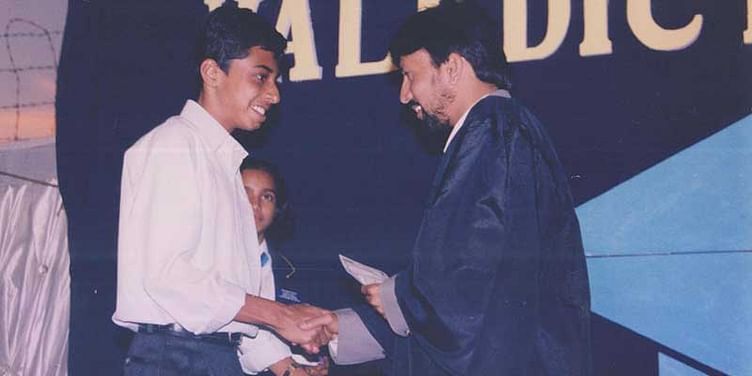 It is not always that writing gives you the shivers, and the thought of people you don't know brings tears to your eyes. Harsha Suryanarayana was one such legend and the best competitive coder to come out of India. Going by his username Humblefool, Harsha was a Red on Top coder and was the highest ranked coder from India since 2007 on the most coveted competitive coding platform in the world. On the unfortunate day of June 15th this year, Harsha was killed by a speeding car while crossing the road.

Fondly known as Lord Harsha by his college mates, Harsha was not only a fellow programmer but a mentor to a lot of people. Alumnus of IIIT Allahabad, he was a prodigy. In his high school, he scored 100/100 in his ICSE exams in not one but three subjects. "In my 22 years of teaching I have never seen a student like him." One of his teachers told Animesh Nayan, Harsha's junior and Co-founder from MyCodeSchool.

Founder of three startups and having worked for others too, Harsha lived more in his 32 years of existence than most people do in their complete lifetime. When IIT used to dominate every major programming contest in the country, Harsha bought IIIT Allahabad in the spotlight. He did not join any company after graduating, but came back to train his juniors for ACM ICPC contest every year. But it was not only his programming talents which made him a living legend, it was also his sense of judgment and ethics.

According to Animesh, even in the exams, he used to finish the paper in half the time and leave the exam hall, but if he didn’t know the answers, he would hand over a blank paper and leave. He never ever downloaded a movie on torrent. When ‘Gangs of Wasseypur’ was released, he waited for the DVD to come out.

"His excellent civic sense was always on display while driving. He never honked, and always let the pedestrians pass first, even in heavy traffic or when he was running late. It is indeed tragic that he met his end in a hit-and-run accident.  It left me with the memories of how we used to run and cross the road even in the absence of any traffic because it theoretically ‘minimized the probability’ of our meeting an accident by a fast moving vehicle. Harsha was referred to as God by his college alumni and his numerous other students. In his short lifetime, he was able to touch so many lives. In this ruthless world, he stood tall and inspired romanticism, and idealism. He was many more things to many others," writes Lokendra Kaushik, a close friend of Harsha on Facebook.

"I was in my 3rd semester, there was some tech fest at my college IIIT Allahabad and Harsha was on the stage talking. I was busy organizing something, so I couldn't hear what he was saying (my bad luck, I should have paid attention). I knew about Lord Harsha already by then, I knew his coding skills and fame from my seniors in college. Suddenly, around 50 of them from all the batches went down on their knees in front of the stage and bowed down to him. More people joined them until he came down from the stage. This summarizes what he is. That day I realized how special he was," says Sai Pavani about Hrasha.

This is what the tweeps had to say about him.

@harsha_s - Here's one to you. A guide, mentor and a leader to a generation of coders. RIP #humblefool @topcoder

Updated Header. In the loving memory of our superhero @harsha_s He was not only India's No.1 Coder, but also a great person! RIP #humblefool

Animesh was a very close friend and is the Co-founder of MyCodeSchool, A YouTube Channel to teach programming which Harsha eventually joined. Animesh recounts his journey with Harsha.

"Inspired by initiatives like the Khan Academy, I started creating educational videos to teach programming and started publishing them on YouTube under the name 'MyCodeSchool’ . Everyone, including my family asked me every now and then, how will you make money? And I had no answer. I just said, ‘I don't know’. People will only advise me to be practical and acknowledge that money is important. Then I started talking to Harsha. Till then, I had not known him so closely. He encouraged me to carry on without giving a damn about anything. He said that people like him who believe in giving back will help me. Educational videos do not make much ads revenue on YouTube. One fine day, I told him that I turned on ads on YouTube and I am making $2 a day. He was like, ‘It’s a lot of money man; you can buy a meal.’ He always said that it’s the social conditioning because of which we think we need a lot of money. And he lived with less. He never bought a car of his own. He never bought a house. He would mostly be seen in a T-shirt won in a programming contest and carrying a bag and that too won in a programming contest or Hackathon. After some time, he joined me full-time and we started working together." MyCodeSchool became a part of the 10th Batch of Morpheus Accelerator Program.

Harsha was a fan of underdogs winning a game; his passion for teaching surpassed the desire for money, he could have got a job in any company in the world but he chose to let that go and light up lives with his knowledge. He used to believe in non monetary mode of transaction; instead of money we enable people to inspire others and that should be a value addition. He used to live in the present and often talked about worst case acceptance. Running out of money was never a difficult question for him, "It's simple, I will move with my parents and you go to your village," Harsha used to tell Animesh.

To honor the memory of Harsha, Topcoder dedicated the SRM (Single Round Match) 625.

Lord Harsha, you will be missed forever.