Meet Terence Lewis, the man who believes anybody can dance 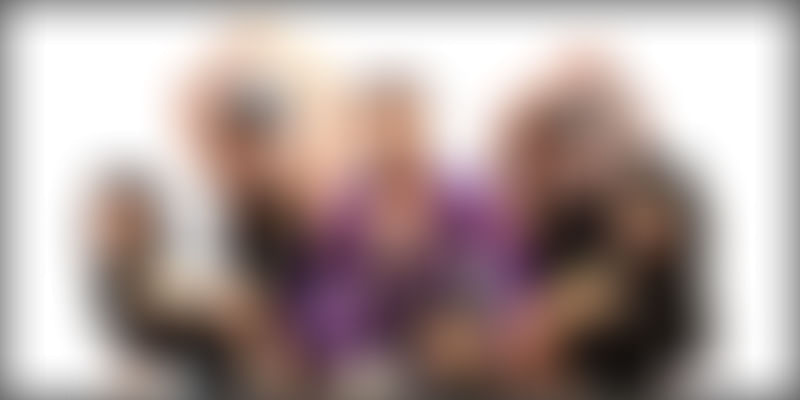 If ‘Boogie Woogie’ was the first platform to give bedroom dancers an opportunity to showcase their dancing talents to the world, then TV shows like ‘Dance India Dance’ (DID), ‘Nach Baliye’ and ‘Jhalak Dikhla Ja’ have just fanned this ambition further. Besides contestants, judges evaluating these shows are equally popular.

Terence Lewis has been a judge on ‘DID’, ‘Nach Baliye’, ‘Hindustan Ke Hunrbaaz’ and ‘Chak Dhoom Dhoom’, and perhaps his ability to motivate and push contestants to do better is a reason for his popularity. Not to mention his attention and eye for detail.

This microbiologist and hotel management graduate decided to follow his heart and pursue dancing, instead of seeking a conventional career. Predictably, his decision was not met with much enthusiasm from within the family, but that did not prove to be a deterrent for Terence. The conviction he brings to work and quest for excellence has helped Terence find his place under the sun. “If you do something, do it to the very best you can, or don't do the job at all,” he says.

YourStory caught up with Terence at ‘The Edutainment Show’, an educational exhibition and summit. The Edutainment Show brought together experts and achievers from the fields of media, communication and design to discuss about the various career opportunities that existed in these fields.

Terence says he has always loved dance, but his formal training started only at age 14. Terence was representing his school at an all Mumbai interschool dance championship and there a judge named Ms Pervez Shetty spotted the talent in him. He was awarded the first prize -- a scholarship to learn at her Jazz Ballet classes. “There I was mesmerized seeing the student dancers in her class moving so gracefully across the floor, doing jazz runs and pirouettes and having that look of confidence that made them so superior. I was hooked. Training became my drug,” admits the ace dancer.After Ms Shetty, American modern contemporary dancer Jaan Freeman has made a lasting impact on Terence. This was in 1996-97. “He had come to teach us Horton style and I didn’t even know such a style existed. I was surprised at the simplicity of it all. Where Jazz and Ballet belonged to dancers who wanted to show off their skill and advocate a feeling of superiority over the audience, modern contemporary dance was way different in its principals and approach,” he says. Terence found the technique and style of contemporary dancing more engrossing, and admits to have fallen in love with it. “That was the genesis for me,” he says.

His next leg of training happened at Alvin Ailey School in New York, where he enrolled for a summer intensive course. Other international influences and teachers of Terence are Susanne Linke from Germany and Nakula Somana to name a few.

Terence started his career by teaching students – academics and dance. After he did his fitness course, he also trained some celebrities, including Madhuri Dixit Nene and Gauri Khan. Word spread about his dance routines and he got a call from adman Alyque Padamsee to choreograph an advertisement for Evita. To find dancers for the ad, Terence auditioned dancers from various colleges, and this lay the foundation for his dance company. Through word of mouth he got to know of few people who eventually helped his form the Terence Lewis Contemporary Dance Company (TLCDC).

Setup in 2000, TLCDC is helping fulfil Terence’s mission to make dancing a mainstream career choice. “Internationally, being a dancer is as good as any other career choice, but in India it is still looked down upon. I want to change that,” he says ambitiously. He has also achieved some part of his mission by bringing contemporary dancing to India. At TLCDC, he teaches courses where Indian dancing styles are combined with contemporary to form Indo-contemporary style. And thanks to the many dance reality shows on TV, this style of dance has not just been accepted, but is among the most popular ones they teach at TLCDC.

There are a number of courses that his Company offers for those who wish to enter the realm of dance shows on TV. “Each of my businesses has contributed to my growth as an entrepreneur, and each project has a different target group so it honed my skills not only as a choreographer, but also as a marketing strategist. It helped me take public oriented classes like dance camp, celebrity targeting classes which has turned me into a wide spectrum artist as well. From creating to performing and then judging others, I learnt to be on both sides of every medium,” he explains.

Though TLCDC is based in Mumbai, the Company conducts short term two week workshops in cities across India, thereby helping reach out to more people out of Mumbai. Terence says they are not interested to start franchisees in other cities as their focus and vision is to empower professionals only. So dancers and teachers from small town and cities can initially train with them and then start their own ventures back home, he suggests.The man behind the mania

Despite his reputation of being a methodist, and disciplined dancer, Terence calls himself an eternal student: "I was, am and always will be a student…, the day I stop learning, is the day I die.” He credits his team to be the pillar of strength that helps him grow. They are responsible for handling affairs at TLCDC effectively, while Terence travels to teach and learn new forms of dance.

TLCDC and the business have been growing steadily over the years, and therefore Terence is constantly seeking a new canvas to be part of. He credits his innermost survival instinct and constant need for change, as the factors that keep him going. A lot of personal discipline and practice helps him continue non-stop: “I am like the eagle who likes to soar high,” he says.

For all the soaring and growing over the years, handling people and their egos has been a big challenge – and Terence says it is sometimes more tough than creating a piece of art like choreography. If it were not dance, Terence says he would perhaps have been some place which gave him a proper outlet for his passion and energy. “I could have been an actor or creative content head for a film production house, writing and directing scripts or maybe a social and human rights activist,” he suggests.

Terence’s message to all entrepreneurs is to be a good leader with a sense of market trends. “Have a clear cut vision and mission statement for your Company, a very strong team to back you, and alongside all this a certain sense of maturity and grip on reality – and nothing can stop you from being successful,” says the dancer.