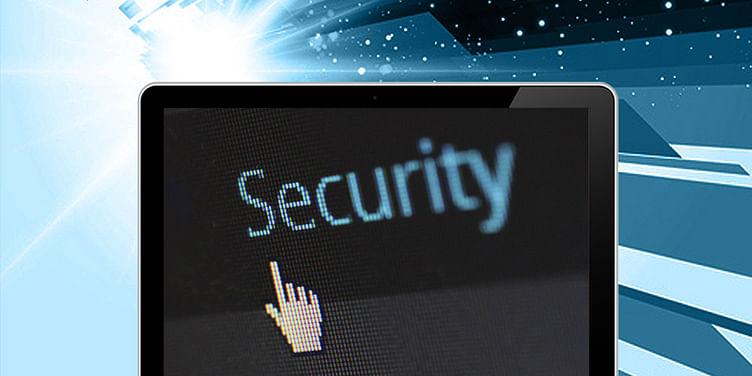 While most of us go about our day to day work sending and receiving emails, making purchases online; a war is silently being waged in the underbelly of the internet between hackers who are trying to figure out a way to forcefully make their way into the system through any and all vulnerabilities they can find, and the ethical hackers who are trying to prevent our accounts and data from being compromised.

Czar Securities is a startup run by a bunch of talented ethical-hackers who have joined hands to make websites more secure.

They have received acknowledgements from various global companies on multiple occasions for pointing out security issues in their web portals. These companies include Microsoft, Yahoo, Adobe, Mediafire, IMDb, University of Sydney, AT&T, Bufferapp and Blackberry. They also donated the Bounty amount to Palestine Children’s Relief Fund.

They have also worked with a few leading Indian startups and a few e-commerce web portals as well.

Their team members have published e-books on Facebook Security which have been downloaded by over two thousand users, also another e-book on command-prompt for security field starters which has been downloaded more than a thousand times. They have also written various articles on cyber security in leading magazines and newspapers

Czar Securities has a young but very knowledgeable and hard-working team. All the team members are below the age of 25.They feel that this young blood is one of the reasons for the enthusiasm levels and commitment that the organization as a whole exhibits.Also having a young team enables them to work round the clock and deliver high quality work.

(CEO, the Commander-in-Chief of Czar Securities)

Shikhil was a speaker at OWASP and NULL Security meet at their Chandigarh Chapter.

He is among the friendliest persons one can meet, but at the same time he is also a perfectionist. His skills in marketing and technology surpasses many of his age.

Vinit is one of the sharpest experts whose contributions have made Czar Securities stand out from the rest. He has also represented the company at various events on Network Security.

Vinit is proficient in PHP , Java , C++ and My SQL . He is also certified Network Security Engineer

Harsha is the go-to man at Czar Securities. All the crafty jobs are delegated to him. His colleagues have bestowed him with the title ‘Chief Worry Officer’. He manages to solve almost any and all issues that the company faces with ease and efficiency.

Ananda is an absolute techie and a master in the cyber world, he is another hotshot of Czar. Ananda is proficient in Python , Java , My SQL , HTML 5 , PHP . He is also a brilliant Algorithm developer a trait which helps the company in analysing Algorithms and Functions

Kathakali is the information developer of the company. An ardent word-smith, who generates all the content at Czar Securities, she also contributes articles on security for several publications.

Yash looks after all the social media content and aspects that the company deals with. He is the one responsible for bringing Czar's efficiency into the limelight.

Hemanth lives and breathes cyber security and is one of the chieftains of Czar Clan. His focal point is web application security and exploits. He has certification from Department of Homeland Security ,US and is also a certified Whitehat. He has won more than 5 bounties and his most recent one was from AT&T. He is a PHP , My SQL , HTML , CSS , JavaScript Ninja.

The whole team shied away from safe and secure mainstream jobs as they wanted to do something that they were passionate about, and wanted to make a difference in society.

Ethical Hacking is a field which is still evolving. People are slowly realizing that hacking is not all about breaking intoFacebook or Gmail accounts and leaving an embarrassing status from the compromised account. The Czar Securities team gets a lot of messages with queries about how to hack a Facebook or a Gmail account.To tackle this, they try to educate people and make them understand what ethical hacking is all about and the consequences of breaking into someone’s email or social accounts.

“I like to read about visionaries like Steve Jobs and Richard Branson. Reading about their lives is always very inspiring. But I like to learn from people around me. If one observes a tea stall owner carefully and how he runs his business, a lot can be learned from him too. Entrepreneurship is all about keeping your ears and eyes open and learning from people around and utilizing what you’ve learned to create a difference in the lives of people. Everyone is my role model, including the people reading this,” says Shikhil Sharma.

“Also another role model for us is Kevin Mitnick. He started hacking at the age of 15 and was one of the earliest and most well known hackers. He is also credited with including human weaknesses with computer hacking. He showed the world how humans can be manipulated to extract sensitive information from them,” adds Harsha Halvi.

The team at Czar Securites feels that in India most companies concentrate on holding seminars and info-sec training at schools and offices.While this provides a company with quick cash they feel that this is not a sustainable and unique business model. Also cyber security services do not have much competition in India but there is good competition from companies like SiteLock in the international market. But the team feels that with the vision that they have they can take on the best in the world.

The team gets their inspiration and morale boosts from movies and books as well. ‘Into the Wild’, ‘Pirates of Silicon Valley’, ‘Wolf of Wall Street’, ‘3 Idiots’ and ‘Gangs of Wasseypur’ are movies which they love and cherish.

‘The Monk who Sold his Ferrari’, ‘The Sonrise Villa’ and ‘Losing My Virginity’ are their favourite books.

“All I’ll say is that if you are excited about this field just because you want to learn how to hack WiFi passwords, websites or Facebook accounts then back off. Learn ‘Cyber Security’ not hacking. I make it a point to reply to queries, doubts and questions of aspiring ethical hackers,” says Shikhil Sharma in a parting note to Yourstory.

You can check out their website here for more details.