The importance of failure in success: a serial entrepreneur’s journey 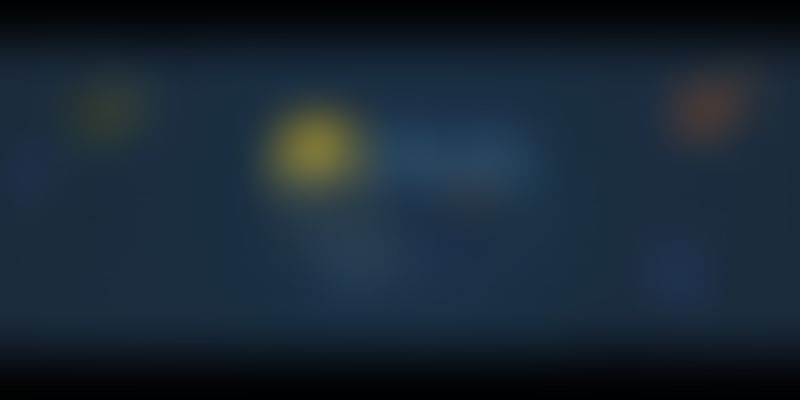 Srinivasa Raghavan was the quintessential "out-standing" student.“I used to be irregular to school, used to fail my classes, and was always being scolded by my teachers.”

A stereotypical slacker, Raghav started out as a troublesome schoolboy in Thanjavur, largely preoccupied by things unrelated to his schooling. His time was spent in photography, programming and presentation -- passions that continued into adulthood.

What school never gave him, his uncle’s video studio and electronic store did. A natural creator, his best memories belong in his uncle’s stores tinkering with computers and other electronic devices.

In his 12th grade, Raghav found the recognition he’d been craving for in the district science exhibition.

“I created an MRC multi remote control, which had a built-in, embedded C. It could work with any electronic equipment and turn it on/off.”

Raghav’s design received the best project award, becoming the first milestone on the highway to success.

He continued his exploratory endeavours in his uncle’s store, working to implement these technologies into clunky Motorola and Nokia phones.

His small business ventures and research went unappreciated by his family. He found a substitute in his mathematics teacher who encouraged him to continue with research on technology.

“He believed that I would become an entrepreneur one day.”

It was the only encouragement Raghav needed to set himself on a determined course to success.

In engineering college (Coimbatore), Raghav met Loganathan. This meeting was to become the approach of his next milestone. Over four years of college, Loganathan and Raghav often discussed the prospects of starting their own enterprise. B solutions was their first tech company focused on designing and creating websites.

“As result of some personal issues, I had to move on to join Infosys, and he joined Cameron International; but the desire to have our own business never left us.”

Their first startup was the result of tireless work through days, nights and even a severe bout of chickenpox. 3to30.com was unleashed to the masses as a crowdsourcing platform for micro-jobs in the $3 to $30 range.

“We got it done however, and after that, just 15 to 20 days later, Paypal closed dollar transactions in the Indian market.

“It was a big blow, because most of the freelance market we targeted was based in India. However, we managed to set up an alternative payment method for Indian users.

“It all came out well at the end. We had a good number of signups and started seeing inflow of money again.

“Even with this entire struggle, 3to30 is still working well and helping out people in some small niche areas.”

In 2011, Loganathan and Raghav met again to create Bode Animation. This was a place where highly skilled techies and passion for media came together. They recognised the need for high-quality videos in the startup industry, and oiled their crossbow.

“During the earlier stages of our journey, handling media and video-making was always a tough challenge for us. Thus, we bridged the gap between tech companies and video studios, where companies wanted high quality videos, but studios failed to meet their expectations.”

Armed with just two developers and one designer, Bode Animation’s most difficult challenge was building their team into the 30-employee enterprise it is today. Providing these employees the right kind of resources and tools to develop and direct their passion was high priority for Raghav.

“We have a young and energetic team of individuals who enjoy trying something new each day. An organization works on combined efforts, and this is why we try to learn things aside from our own fortes, growing our abilities along with the company.

“As leaders, we cannot motivate people; we can only create a context and an environment where people feel motivated. We need to be transparent because in order to build a ship, we cannot simply order our team to collect wood pieces and report back to us. We need to involve them in the process, and inform them about where we are going to sail in the coming days, as well as the shape and size of the ship being built, and the ocean current etc.

“Keeping all this in mind, I think it becomes obvious that we are trying to create a culture where team members are the owners of the process, and this culture builds a dedication towards the company that is unlike any other.”

Whether its programmers, designers or marketers, the dedication to their skill is a primary factor in who gets to be part of the team and who doesn’t. Raghav admits that motivation is moot when interest is inferior. Being a technical and cultural fit is important in determining the best candidates.

“Look for creativity and fast learning abilities, as our industry of video making requires a creative mind and rapid adjustments to upcoming trends and technologies.”

With Bode Animation on an upward trajectory, Raghav’s ever-increasing passion for creation continues to direct him towards new journeys.

His fourth startup Animaker is a natural progression from Bode Animation. Based in Las Vegas, Nevada, Animaker is a do-it-yourself (DIY) video-making tool. A cloud-based app, Animaker is the closest anyone can come to owning their own animation studio from anywhere.

“It is created to be an extremely simple tool, where even high complex animations can be done by school going children. The tool is currently in Beta and has already been tested numerous times with amazing results.”

But entrepreneurship is a constant struggle. There is a unique challenge that comes with being in India and managing a video-making company aimed at an international market. With technology in a state of continuous change, upgrade and development, considering cross-cultural differences also adds to the task.

Raghav’s early and long tryst with failure allowed him the time and determination to succeed where it mattered most to him. Yet, he feels that he should have taken more chances at failure early in his career.

“I think my biggest mistake has always been to wait for a long time, simply to get the best results. I guess you could say that my mistake was the fear of failures.”

“I realize now, facing failures early in life is actually a good thing, as failures are a part of our lives and this is something I have learnt from the later part of my life.”