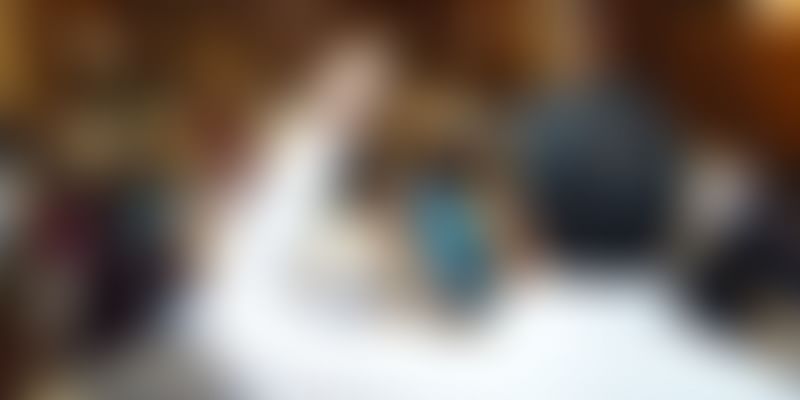 The Chennai round of TechSparks 2014 turned introspective as the main speakers spoke about motivation, endurance and readiness to start a new venture. Whether it was an evolving idea or simply the pain of being unable to watch one’s favourite movie in the theatre because of a college assignment, the triggers to become an entrepreneur were as different as the people in the room.

Tweets during Yourstory’s flagship event showed that the remarks that captured the audience’s heart in the quaint southern city were about reflection, emotional endurance, readiness to venture out and strike out on one’s own.

First time attended #tsparks. It was a great day networking and learning. Thanks @YourStoryCo

“The one question I always get asked is when to start-up,” Sridhar Venkatesh, co-founder of Indix, the product analytics firm, said.“It is like standing in front of an ice-cold lake and getting ready to jump. You can never be prepared for the shock of the first plunge, but it’s something you have to deal with.”

The key points in his speech were:

“There is no right and wrong time to start up a venture, just get started,” said Pradeep. His advice was to “Build a team, plan for delays and restrain cash expenses.”

Herotalkies, which offers Kollywood movies online, started out when Pradeep, then a student with International School of Business (ISB) in Hyderabad, found himself unable to watch a blockbuster because of a class assignment. The torrent of Tamil movies (about 170 a year or three a week) meant that movies don’t get to stay in the theatres for too long.

That got Pradeep thinking about the audience that misses out on these movies for various reasons and has to turn to piracy websites and the producers who lose out on revenue as a result. Thus Herotalkies was born.

The workshops were fun and engaging. That included design thinking workshop by Dipesh Khona of Intel, which also had a fun practical exercise where the audience worked on creating a “smart home experience.”

Ok now this is turning out to be really interesting.. Design thinking workshop by @dipeshkhona at #tsparks

Tejasvi of Sequoia conducted a start-up metrics workshop on what entrepreneurs should track. Brandcapital, a Bennett Coleman & Co subsidiary, conducted a short session on brand and image building.

YourStory will hold the last round of Techsparks in Mumbai on September 27 and the grand finale will be in Bangalore on October 17-18. Book your tickets here

TechSparks is coming to Mumbai next. You can book your tickets here