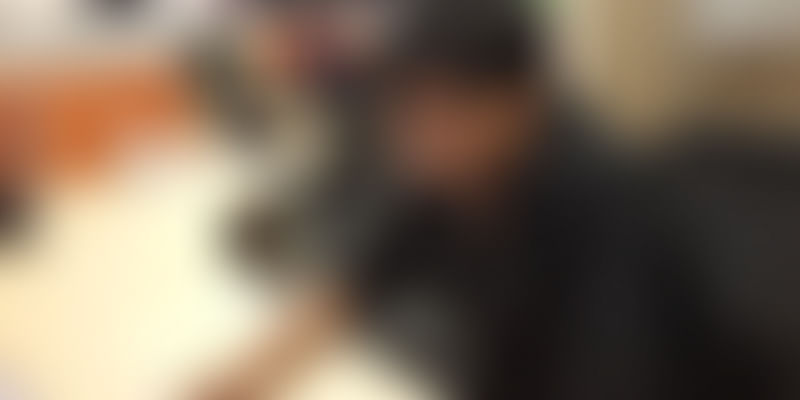 Aman Singla is the AVP Engineering at Housing.com. Aman has been a late bloomer and wasn’t aware of his love for technology until he got into his first job at Adobe. An engineering graduate from IIT Delhi, Aman has his roots in Punjab. Since his childhood, he was interested in mathematics and slowly got exposed to computers. Aman's father is a businessman and Aman did not want to follow in his father’s footsteps because it involved a lot of paperwork. This was what pushed him to get into technology in the first place.

In his early days, the only exposure Aman had to computers was an old computer at his cousin's shop and at school. Some of his distant cousins were working with big names like Microsoft and Google. Though he was inspired by them, he was also intimidated in their presence. Aman says.

I always used to be intimidated by them because Google and Microsoft were companies I couldn't even dream of working at. And because of this -- computers and internet were bigger for me at that time. By the time I passed out of school in 2005, I was sure technology was what excited me and that is what I would like to pursue. It was then that I came to know about IITs. I studied very hard in 2005-07 to crack JEE, although I didn't have much interaction with computers all this time.

Fortunately, hard work bore its fruits and Aman made it to IIT Delhi. This was where his education with computers began. Theory subjects didn't excite him much and he started working on the practical side of things. Soon web design caught his fancy and he started doing small projects around it. After his college, Aman was placed at Adobe where his role involved working on Adobe Reader. Aman was working on the desktop version and integration with various services. During his stint at Adobe, Aman also made a web interface for the Adobe reader at one of the in-house hackathons.

At another instance, Aman built a tool to browse and operate Adobe reader using speech. The user just has to give continuous voice commands and it would follow and work accordingly. The tool became a favorite with the team in the company. Despite doing some interesting things at Adobe, Aman felt something was lacking. He was looking for a change when a friend told him about the opportunity at Housing. Aman grabbed the opportunity. He says,

I talked to the co-founders at Housing, including Snehil Buxy, who was leading the front end team at that time and Abhishek Anand, the CTO. It all looked promising and the right thing for me to do, although I do remember my manager at Adobe telling me that this would be the worst decision of my career.

Aman says his biggest decision was to move away from his family and convincing them about joining Housing. It has been around 18 months since Aman started working there. At Housing, he has been involved in building several features notably the slice view for apartments. “We had been working on a feature called slice view where users can basically browse an entire building by clicking on a particular section, floor or flat.” He was also involved in implementing the online booking procedure.

As his side project, Aman also built a tool for interviewers to remotely conduct interviews, using which interviewers could video chat, text chat, write private notes, share them with next interviewers, and collaborate during multiple rounds. Though he built this tool for internal use at Adobe (it was a personal project), the tool was actually used at Housing for conducting interviews.

As he rose through the ranks, Aman had to face an entirely different set of challenges. His role transitioned from writing his own code to managing people. Aman says,

The most challenging time was when I was made head of the front end team -- I basically just came to know what responsibilities mean rather than just being responsible for individual work. I was suddenly responsible for a lot more people and the work that they are doing.

Talking about the future, Aman says he is planning to release the source to some of his private projects and looking forward to spending more time and contributing to open source.