Does your company use emails for marketing? Watchout! 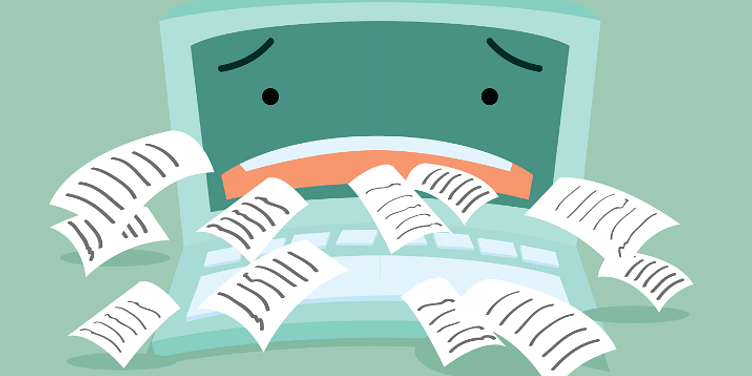 Last week, while I was working on my previous writeup about Airtel and the net neutrality mess in India, I came across an intriguing thought – what about marketing for startups? Gradually, I started looking up for marketing strategies for startups and realised that email is a popular marketing tool . And, rightly so. Every day I receive tons of emails from companies seeking my attention to the latest offerings in the market. While these emails interest me once in a while and I enjoy a good deal with a happy discount, mostly these emails are irritating spams. The other issue is that amidst so many unsolicited emails hitting your account, the important ones are often missed out or lost, and it gets painful to scroll though the inbox for them. That’s when I start unsubscribing from email lists. That’s my way of looking at email marketing. But what does my unsubscribing mean for the marketing agency or the seller? The founder has spent money on it, and I hope that he is getting his ROI.

Companies like SnapDeal.com, Myntra.com, MyDala.com, Fashionandyou.com, dealandyou.com have all managed to attain optimal success not simply out of the sales but also with thoroughly calculated and designed email marketing campaigns. In fact, companies like ConstantContact make their money by providing email marketing services. In such cases, if I start unsubscribing from mailing lists, what happens to the companies? This is a thought that often bothers many entrepreneurs. Further, there is on and off discussions to regulate email spamming in India. So, let’s have a quick look into the anti- spamming regulatory scenario in India.

To start with, 2014 Quarter 3 reports by Kaspersky Lab Experts suggests that India ranks sixth in the world in terms of being the source of spam emails. But, unlike USA, Canada and even Pakistan, which has Prevention of Electronic Crimes Ordinance, 2007, to regulate email spamming, India has no regulation to regulate bulk email marketing or spam emails. Cyber law is still at a nascent stage in India with the Information Technology Act (IT Act) being enacted only in 2000. Since those days itself, the regulatory position in the IT and cyber space has been running far behind the progress that information technology has made. Further, with the Indian IT sector tagging India on the global map, to a large extent the government has been very patient with enacting any laws that revolve around the IT space.

With regard to emails and spams, the closest that regulators have come is certain provisions in the IT Act which, subject to an independent interpretation, provides a small window in the name of regulation. Under section 79 of the IT Act, internet intermediaries must take care and diligence with regard to the services they provide, which read together with section 43A of the IT Act (compensation for failure to protect personal data from theft), can “indirectly bring into play a data privacy law”. In this regard, an interesting read may be traced on ‘Live Mint’ where Kian Ganz (who also writes on LegallyIndia has brought out the anomaly in Indian laws along with narrating an interesting account of how Cleartrip fired its PR agency for sending spam messages to recipients whose information was shared by Cleartrip with the agency. This may be called ethical policing by Cleartrip, and the company in its own words in the official blog, has said that it does not send unsolicited emails. But the story is not the same with all. In fact, competitor Makemytrip regularly bombards inbox with promotional emails. In the absence of any law to that effect, the only way to save yourself from the menace is unsubscribing from the list, which a lot of companies also make difficult.

The problem of spamming has been long objected. In fact, way back in 2004, Tata Son’s subsidiary company in India, Panatone Finwest Limited, filed a law suit against McCoy Infosystems Private Limited for transmission of spam. The matter was heard in the court where it was held that in the absence of statutory protection to check spam mails on the Internet, the traditional tort law principles of trespass to goods as well as law of nuisance would have to be used.

With the issue being debated across multiple levels, some black and white legislation can be expected in near future. Some quarters have already started calling for an amendment of the IT Act. A TRAI (Telecom Regulatory Authority of India) like regulator, which made regulations like “Do Not Disturb” hotlines for spam SMSs and marketing calls, can also be expected, and any violation can be expected to result in penalty. But in all these, what happens to ConstantContact and other companies providing digital marketing solutions?

Any move towards a regulatory position on spam emails will also have to be viewed from a marketing strategy angle for companies, especially the thriving e-commerce startups. In this ever innovative world, will there be a successful alternative? Let’s wait and watch.