Love bytes hurt and how 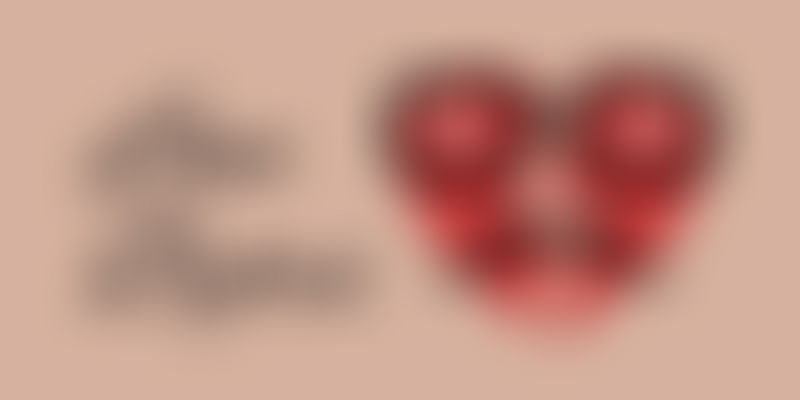 Face it. Most men aren’t very good at this ‘relationship’ thing.

Add to that our immense sense of ego and self-worth, which prevents us from enlisting help in these matters from our peers.

We men seek solace in technology; make no mistake about that.

From the warm feel of the buttons on the TV remote, to the adrenalin rush of the Game Boys, to the suave, sophisticated imagery of the i-phones and the like, every successive invention seems to increase the dependence of those cursed with the Y chromosome (why you might ask) on the inanimate.

Thus in many ways, technology can be the only messiah.

But it’s not really the technology alternatives prevalent today.

Yes, while they do help us cling on and sometimes save the day, masquerading as gifts for instance (say cute polka dot patterned scented feather touch laptops); they still exhibit an appalling lack of insight when it comes to addressing the real pitfalls that plague the gender game on since thousands of years.

We speak of a distant future, though if there is pleasantness to be had on this issue, no future can be that distant. This is a peek into a time where these kinds of technological innovations are easily available over the counter. And potentially problematic ‘relationship behavior’, can be addressed with the same confidence and aplomb, as one dispels with a headache today.

Given the love implied month of February, consider this as appropriate a moment as any, to start a conversation along these lines.

Before you summarily dismiss this as an unnecessary pun that has braved the space-time continuum, consider this.

How many relationships you know have started tethering because men simply cannot prevent their eyes from wandering to other interesting forms in their vicinity?

It’s an almost involuntary reflex with us, but we all know it’s cost us sometime, don’t we?

The pupil teacher digitally locks the co-ordinates of your beloved’s eyes into yours, and ensures that your gaze simply cannot travel anywhere else; quite a life saver in these days, where temptation lurks at every step. For those still wanting the best of both worlds, it scans and saves a running recording of the surroundings, which you could later retrieve in safer environments.

Problems arise when men don’t read the instructions properly (do we ever?), and hence forget how to turn the device off when dinner is served. So for beginners, it is best advised you don’t wear your finest clothes on such dates, especially till you get the taste of things.

This could be mistakenly construed to be an invention which prevents men from speaking in the first place, but cheer up fellows, this is the future and by that time we should have hopefully evolved a significant bit.

Again, don’t we all wish that we could travel back in time and reverse the comments we made when asked either how she looked in a new dress or how would it be if her mother could visit? And these are just two examples from a voluminous book of insensitivity.

The ‘wrong comment interruptor’ is a state of the art device, trained to listen in and decipher your brainwaves proactively, and generally jilt you out of the impending stream of truth, instinct and candor with a mild electric shock. This snaps you out of the dangerous reverie that you had slipped into, and more sensitive alternatives are made available to your mind.

While focus groups sometimes vehemently oppose the mild shock bit, conditioned males know that this small physical retribution pales in comparison to what might possibly follow in uncorrected situations.

The premise is utterly simple.

There are many a times when an involuntary gasp escapes us males, case in points would be when she answers to questions like, ‘So how much is this going to cost?’ or ‘When will you be returning from the party?’

This wondrous tool quickly stifles the respiratory processes just for a pause, and stretches the confines of your lips into a broad smile simultaneously.

At 50% less cost than the wrong comment interruptor, the inadvertent gasp terminator definitely is something to shout about.

Many a finger and other appendages have been dismembered because men simply can’t stay on the same channel. Just call it the ‘force of Bobbit’.

This is the place where most gender related stress starts in the first place, however, now there is help at hand.

This is a comprehensive behavior correcting mechanism, specifically catered to the male in question. The next time he tries to change the channel, the brain hooks into an extremely painful or embarrassing memory from his past, and this is the scene which plays in his mind’s eye.

Needless to say this is an extremely scarring experience for most males and only those who are in serious relationships are advised to make this the supreme of all male sacrifices.

However if most of the memories that play involve the partner that he is currently with, a small message advising counseling keeps popping in as an added valuable feature.

For too long us men have set modest targets in this regard and appallingly failed. When the only thing bothering you is the exact date, it is inevitable that this is liable to slip. This invention, takes the whole event a step further by first setting an ambitious benchmark of ‘how can it be extra special?’

It begins with the machine slapping you awake (a bit excessive but needed for that one day) in the wee hours of the morning. It then gives you a complete run down of how and where you met her. What was the thing about her that you fell for (yes, this needs reminding from time to time)? What was it she wore that you liked, her favorite movies, books, music, people, food, holiday locations and other things worth mentioning, so that for once, you can have a conversation she is interested in.

Then numerous messages serenading her are left on her mobile in your name that randomly and shamelessly borrow from the great poets of the past. If needed, cards can be created from these, which can be timed to float on to her bedside pillow just as she stirs awake.

The machine can also quickly scramble breakfast in bed and has the alternate facility of ordering from outside. But since it is no one else’s anniversary that day, they don’t usually have the same motivation to deliver early in the morning.

More premium range models also dwell on what can be done to make the entire day special; but for most cost conscious males, the feeling is that ‘if the morning begins right, there is bound to be happiness in sight.’

Besides, this is probably the most we have done all century anyway.

Another cause for grief is the reluctance of men to ask for directions, even when hopelessly lost.

Despite all progress made by the human civilization, a constant feature is that men will always embark on a journey with inadequate directions, and then stumble eventually onto the destination through a process of trial and terror (I’m too scared to go that way).

While Columbus and the others found immortality, the life span of your relationship could be severely threatened, if you insist on driving around waiting for divine intervention.

The ‘lost destination finder’ understands that this is more a gender issue rather than a road map one. This ingenious device kicks in the moment it senses an uncertain turn and can be made visible either in the form of your partner or her favorite relative, who you passionately dislike, and offers guidance to proceed.

The ritual of seeking counsel even from such an undesirable source (for you) is bound to take your relationship many miles ahead.

Eventually, technology is a tool, which helps men venture boldly where no man has gone before. If these exciting new breakthrough innovations in the gender game help us hapless men conduct ourselves with the superior sex better and with more success, I doubt even the legendary Captain Kirk would refrain from saying

‘Mission successful, over and out.’