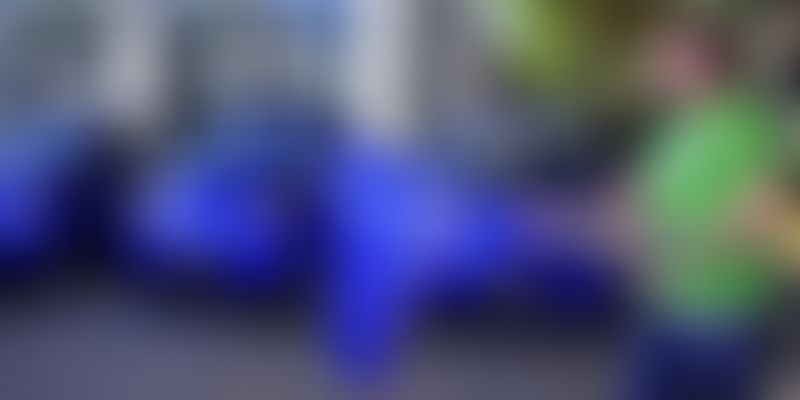 Breaking from tradition, the Tata Group has shown how large corporates and startups can play a win-win game.

Tata Motors first tied up with TaxiForSure in December last year to get Tata Nanos on the ground as taxis. TaxiForSure launched with 100 Nanos in Bangalore and then expanded the service. There is speculation that the venture-backed TaxiForSure may get acquired by Mumbai-based Ola Cabs to take on Uber.

Recently, Tata Motors entered into a partnership with Zoomcar, a 100% self drive car rental service company that has been backed by Sequoia Capital. At present, Zoomcar has over 700 cars ranging from utility vehicles to luxury cars, including Merc GLA, Scorpio, SUV, and Safari among others, operating in Delhi, Pune and Bangalore. ZoomCar has partnered with TATA Motors to add 50 newly designed Nanos to its growing fleet of cars.

Greg Moran, Co-founder of Zoomcar, along with Nakul Gupta from TATA Motors jointly flagged off the cars from Concorde Motors at Dairy Circle in Bangalore yesterday.

For Tata Motors, this is a great way to increase visibility for Nano and other properties. And with the growing clout of startups as they become mainstream, more and more corporates will come into the fray forming symbiotic relationships.

The patriarch of the Tata empire, Ratan Tata, has his heart set on Indian e-commerce. Before stepping down as the Chairman of the Tata Group in 2012, Ratan Tata had already setup RNT Associates which is his vehicle to make investments in startups. Setting the groundwork, he made the first investment announcement with Snapdeal in August 2014. This was followed by an investment in BlueStone in September and then UrbanLadder in November.

With e-commerce marketplace, jewellery and furniture covered via the three investments in 2014, this year, Ratan Tata invested in auto classifieds site, CarDekho (the sector is seeing a lot of investor interest). Many growth stage e-commerce companies are now pursuing Ratan Tata to woo him onboard and increase their chances of survival as the consolidation game gets stronger.

The likes of Azim Premji and Narayana Murthy have also invested in growth stage companies and there are indications of more such investments in the future. Wipro Chairman Premji has invested in Myntra and Snapdeal while Murthy has invested in Amazon through Catamaran Ventures.