Union Budget 2015 at a glance: Boost to entrepreneurship 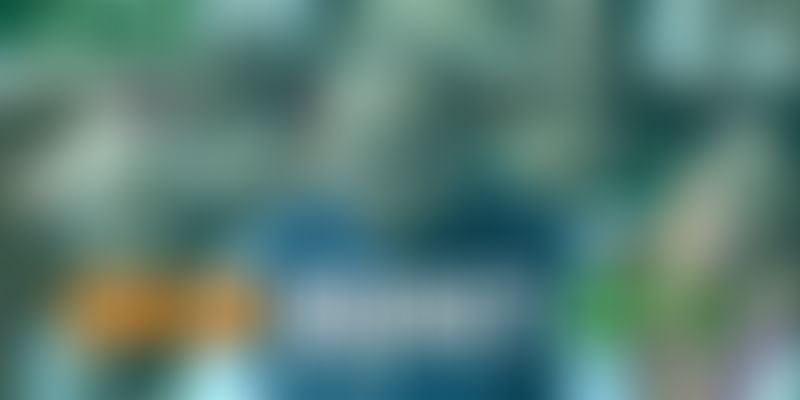 Indian economy has turned around dramatically in the last nine months with the real GDP growth expected to accelerate to 7.4% making India the fastest growing economy in the world. Presenting the General Budget for the year 2015-16 in the Lok Sabha today, Union Finance Minister Arun Jaitley said macro-economic stability has been restored and conditions have been created for sustainable poverty elimination, job creation and durable double digit economic growth.

Here are the highlights of Union Budget 2015:

The minister said CPI inflation is expected to remain close to 5% by the end of the year which will allow further easing of monetary policy. Jaitley said a Monetary Policy Framework Agreement has been concluded with the RBI to keep inflation below 6%. The JAM Trinity-Jan Dhan, Aadhar and mobile will allow transfer benefits in a leakage-proof, well-targeted and cashless manner.

The minister underlined that India has to think in terms of a quantum jump. He said the year 2022 will be the Amrut Mahotsav, the 75th year, of India’s independence. The vision called ‘Team India’ led by the States and guided by the Central Government should include a roof for each family which will require to complete two crore houses in urban areas and four crore houses in rural areas with each house having 24 hour power supply, clean drinking water, a toilet and road connectivity. He said the vision includes that at least one member from each family should have access to the means of livelihood, substantial reduction in poverty, electrification of the remaining 20,000 villages, including off-grid solar power by 2020, connecting each of the 1,78,000 un-connected habitation, providing medical services in each village and city and ensuring a Senior Secondary School within 5 km reach of every child.

The Finance Minister counted five major challenges faced by the Indian economy which are:

In order to support the agriculture sector with the help of effective agriculture credit and focus on small and marginal farmers, there’s a proposal to allocate Rs. 25,000 crore to the corpus of Rural Infrastructure Development fund (RIDF) set up in NABARD, Rs. 15,000 crore for Long Term Rural Credit Fund; Rs. 45,000 crore for Short Term Cooperative Rural Credit Refinance Fund; and Rs. 15,000 crore for Short Term RRB Refinance Fund. Jaitley said that the Government has set up an ambitious target of Rs. 8.5 lakh crore of agricultural credit. The minister proposed an initial allocation of Rs. 34,699 crore for the MNREGA programme.

Permanent Establishment (PE) norm will be modified to encourage fund managers to relocate to India. General Anti Avoidance Rule (GAAR) will be deferred by two years. It will apply to investments made on or after 01-04-2017, when implemented. In order to facilitate young entrepreneurs rate of income tax on royalty and fees for technical services will be reduced from 25 per cent to 10 per cent. To generate greater employment opportunities the benefit of deduction for employment of new regular workman to all business entities will be extended. The eligibility threshold of minimum 100 regular workmen will be reduced to 50.

Basic custom duty on certain inputs, raw materials, intermediates and components in 22 items is proposed to be reduced to minimize the impact of duty evasion. All goods except populated printed circuit boards for use in manufacture of ITA bound items are proposed to be exempted from SAD.

The Finance Minister proposed to create a Micro Units Development Refinance Agency (MUDRA) Bank, with a corpus of Rs. 20,000 crore, and credit guarantee corpus of 3,000 crore, which will refinance Micro-Finance Institutions through a Pradhan Mantri Mudra Yojana. He added that priority will be given to SC/ST/OBC enterprises in lending.

The Government will soon launch a National Skills Mission which will consolidate skill initiatives spread across several Ministries. Rs. 1,500 crore has been set apart for Deen Dayal Upadhyay Gramin Kaushal Yojana. Fully IT based Student Financial Aid Authority will be set up to administer and monitor Scholarship as well Educational Loan Schemes, through the Pradhan Mantri Vidya Lakshmi Karyakram.

The government is establishing a mechanism to be known as SETU (Self-Employment and Talent Utilisation) which will support all aspects of startup businesses, and other self-employment activities, particularly in technology-driven areas. Rs. 1,000 crore has been initially earmarked in NITI Aayog for the purpose.

In order to promote investment in the country, a Public Debt Management Agency (PDMA) will be set up to bring both India’s external borrowings and domestic debt under one roof. Jaitley has proposed to merge the Forwards Markets Commission with SEBI to strengthen regulation of commodity forward markets and reduce wild speculation. He said enabling legislation, amending the Government Securities Act and the RBI Act is proposed in the Finance Bill, 2015.

Foreign investments will be allowed in Alternate Investment Funds. In order to catalyze investments from the Indian Private Sector in South East Asia, a Project Development Company will set up manufacturing hubs in Cambodia, Myanmar, Laos and Vietnam.

There are unclaimed deposits of about Rs. 3,000 crores in the PPF and approximately Rs. 6,000 crores in the EPF corpus, which will be appropriated to a corpus to be used to subsidize the premiums on these social security schemes through creation of a Senior Citizen Welfare fund in the Finance Bill.

An increased outlays on both the roads and the gross budgetary support to the railways by Rs. 14,031 crore and Rs. 10,050 crore respectively has been announced. CAPEX of the public sector units is expected to be Rs. 3,17,889 crore, an increase of approximately Rs. 80,844 crore over RE 2014-15. National Investment and Infrastructure Fund (NIIF) will be established with an annual flow of Rs. 20,000 crore. There are plans to permit tax free infrastructure bonds for the projects in the rail, road and irrigation sector.

Jaitley proposed to establish the Atal Innovation Mission (AIM) in NITI which will provide Innovation Promotion Platform involving academicians, and drawing upon national and international experiences. A sum of Rs. 150 crore is proposed to be earmarked for the mission.

India is one of the largest consumers of gold in the world. Gold Monetisation Scheme will replace both the present Gold Deposit and Gold Metal Loan Schemes. The new scheme will allow the depositors of gold to earn interest in their metal accounts and the jewellers to obtain loans in their metal account. Banks/other dealers would also be able to monetize this gold. A Sovereign Gold Bond as an alternative to purchasing metal gold has been proposed as well. Work on developing an Indian Gold Coin with Ashok Chakra on its face will commence soon.

The National Optical Fibre Network Programme (NOFNP) of 7.5 lakh kms networking 2.5 lakh villages is being further speeded up by allowing willing States to undertake its execution.

Resources will be provided to start work along landscape restoration, signage and interpretation centres, parking, access for the differently abled, visitors’ amenities, including securities and toilets, illumination and plans for benefiting communities around them at various heritage sites.

Expressing concern over environmental degradation, the Minister said that the target of renewable energy capacity has been revised to 1,75,000 MW till 2022. He said the Government is also launching a Scheme for Faster Adoption and manufacturing of Electric Vehicles (FAME) with an initial outlay of Rs. 75 crore.

The rate of corporate tax is proposed to be reduced from 30% to 25% over the next four years. This will lead to higher level of investment, higher growth and more jobs. The broad things adopted in finalizing the tax proposals include:-

A new and more comprehensive Benami Transactions (Prohibition) Bill will be introduced in the current Session of the Parliament. This law will enable confiscation of benami property and provide for prosecution, thus, blocking a major avenue for generation and holding of black money in the form of benami property, especially in real estate. Quoting of PAN is being made mandatory for any purchase or sale exceeding the value of Rs.1 lakh. To improve enforcement, CBDT and CBEC will leverage technology and have access to information in each other’s data-base.

As an initiative to Swachh Bharat Abhiyan, Jaitley proposed 100 per cent reduction for contribution, other than by way of CSR contributions, to the Swachh Bharat Kosh. A similar tax treatment is also proposed for the Clean Ganga Fund. There’s a proposal to increase clean energy cess from Rs.100 to Rs.200 per metric tonne of coal, etc. to finance clean environment initiatives. Excise duty of sacks and bags of polymers of ethylene other than for industrial use is proposed to be increased from 12% to 15%. Concessions on customs and excise duty available to electrically operated vehicle and hybrid vehicle is extended up to 31-03-2016.

Taxation for the middle class

Describing the extension of benefits to middle class tax payers as the priority of the government, Jaitley proposed the following concessions:-

(2)   For very senior citizens of the age of 80 years or more, who are not covered by health insurance, deduction of Rs.30,000 towards expenditure incurred on the treatment will allowed

Surcharge for the super rich

The Finance Minister proposed no change in the rate of personal income tax and rate of tax for companies in respect of income earned in the finance year 2015-16, assessable in Assessment Year 2016-17. Shri Jaitley proposed to levy a surcharge @ 12 per cent on individuals, HUFs, AOPs, BOIs, artificial juridical persons, firms, cooperative societies and local authorities having income exceeding Rs.1 crore.

Wealth tax is proposed to be abolished and replaced with an additional surcharge of 2 per cent on the super rich with the taxable income of over Rs.1 crore. With this 2 per cent additional surcharge a collection of Rs.9,000 crore is targeted against a tax sacrifice of Rs.1,008 crore. To eliminate the scope for discretionary exercise of power and provide a hassle-free structure to the tax payers, Jaitley proposed to increase the threshold limit from Rs.5 crore to Rs.20 crore.

What do you think of this budget? Let us know in the comments below