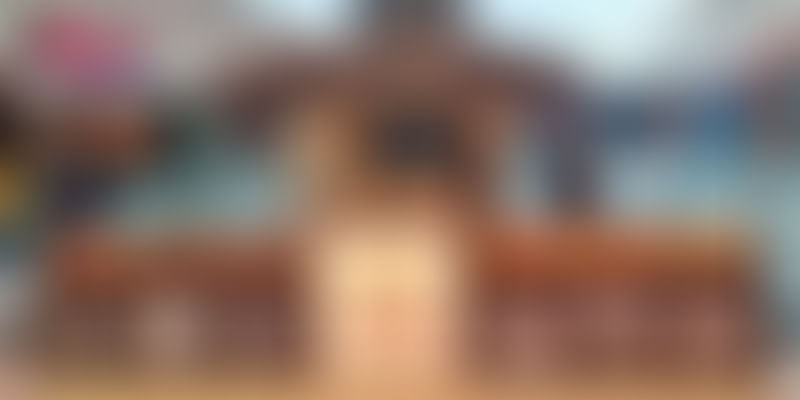 Chirag Gupta had many ideas that could have been successful businesses, but he chose to introduce India to gourmet popcorn.

Chirag was a consultant with Deloitte Consulting Services in the US. After completing about five years with the company there, in 2012, he decided to leave the US and come back to India to start something on his own. He knew he was not going to take up another job.

“I knew that India had potential, and something new could be created and implemented here,” said Gupta, who, along with a friend, Ankur Gupta, narrowed down the ideas list to a few options, including IT services, e-commerce and FMCG.

“When we had to zero in on one of those, it just didn’t seem right. In fact, I think I wanted something that was present in the US, but not available in India. Gourmet popcorn was one of those things,” said Chirag, who packed his bags and came down to India to give it a taste of fancy popcorn.

In March 2013, Chirag and Ankur launched their first outlet of gourmet popcorn in Delhi and called it 4700BC Popcorn in Delhi. When I asked Chirag what the name signified, he said it stemmed from the belief that popcorn was discovered in Peru around 4700BC.

Over the following year, they opened six outlets in Delhi and Punjab, selling popcorn in 18 flavours.

The flavours include exotic ones like mocha rich caramel, country caramel, nutty tuxedo, Thai golden cheese, Cajun, BBQ, and sour cream and onion. A pack of popcorn, which costs between Rs 65 and Rs 1000 depending on the size of the packet or tin, can be bought over the counter at any 4700BC outlet or ordered on their website (http://www.4700bcpopcorn.com/).

“We know that such richly flavored popcorn cannot be had in one sitting, which is why we pack them in either ziplock packets or tin containers. The popcorn remains fresh longer,” said Chirag, pointing out that the popcorn is evenly seasoned and the packets never have un-popped corn seeds at the bottom.

“We believe that the next few months are going to be about more innovation in the packaging and presentation side. We know it is tasty, but now want to make it more attractive,” said Chirag.

This bootstrapped company has sold Rs 3.5 crore worth of popcorn to over 3 lakh customers across the last two years, undertaking orders for corporate gifting for companies like Lufthansa and PVR.

“Gourmet popcorn is not something that many Indians know about, and hence educating customers about it is one of our biggest challenges,” said Chirag, adding that many people, including him, end up choosing simple buttered popcorn over seasoned popcorn.

Peek into the future

Chirag said that 4700 BC Popcorn would soon be available in 50 PVR cinemas across the country. In addition, they’ve also tied up with Snapdeal, Amazon, Paytm and food delivering websites, like FoodPanda and Zomato, which will deliver their popcorn across cities.

The startup is now looking to raise its first round of external funding, which will be used to open about 12-15 outlets in major cities like Mumbai, Hyderabad, and Bangalore by the end of 2015.