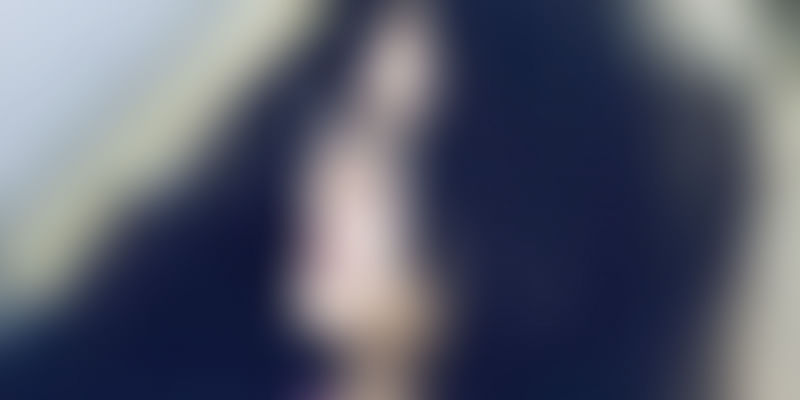 “Progress is impossible without change; and those who cannot change their minds cannot change anything,” said George Bernard Shaw. Sreowshi Sinha would agree to that. From being a geography major to Co-founding and becoming the Marketing Director of Frugal Labs, a hardware startup that focuses on providing trainings, workshops, projects and prototyping, Sreowshi has always accepted the changes and transitions life has thrown her way.

Born in the suburbs of Kolkata, Sreowshi was a sincere student and a rank holder. Being the daughter of a businessman, starting up was always a possibility. But it’s correctly said, no one can change ‘destiny’. With a background in geography, Sreowshi started her career as a recruiter in an HR consultancy firm. Soon she moved to Chennai as an HR executive in a general insurance company. Within a few months, she joined a robotics startup in Chennai founded by her friends. Having no knowledge in robotics, she took it as a challenge and soon started gaining interest in the subject. After many ups and downs, the firm couldn’t survive and had to shut down.

This is when her career took a sudden turn and she, along with her friend, Anirban Chowdhury – Co-founder and Technical Head, Frugal Labs, decided to move to Bangalore, the tech hub of India. Sreowshi says it was tough initially, but with support from friends and family, Frugal Labs was started in November 2012.

Frugal Labs, in her words

“While most of the startups run behind making products, we at Frugal Labs develop tech training modules which can give a good head start to those who aspire to do something new with evolving technology,” says Sreowshi. The tech-based training modules are made easier for everybody to understand. Frugal Labs also helps product companies in making prototypes and projects, and serves clients across the globe.

The company’s module also includes IoT (Internet of Things) training program for college students named IoT Entrepreneur Challenge 2015 which is aimed to promote entrepreneurship among next generation students in the field of the latest technology, mainly IoT. Initially self-funded, the firm is currently generating its revenue from workshops and projects.

The company is currently catering majorly to college going students in India. “There are approximately 4,000 engineering colleges in India with 700 in Andhra Pradesh itself. The total number of tech start ups in India is around 450 annually, where as it is 25,000 in US. We feel Indian students are quite talented; it’s only the head start approach which is lacking. Thus we want to plug in there, and make the ‘Make in India‘ concept possible,” Sreowshi explains.

Experience as woman entrepreneur amidst the transitions

“I love being in it because for me staying in one topic becomes difficult. Transitions teach new things in life. Until we go for that, we will always be doing the same old stuff. My transition was magical not only from geography to technology but also from being the quiet girl in class to becoming the face of a growing tech startup in Bangalore.” According to her, women entrepreneurship is growing in India and everybody holds a unique personality. She believes if more women come forward it will lead to the betterment of society.Challenges and future plans

Sreowshi terms challenge as another name for being an entrepreneur. “Every business decision is a challenge, but overcoming these challenges is the real thrill,” she explains. For her, the biggest challenge is to stick to one work at a time.

Her future plan is to see Frugal Labs as a giant educational tech company in India working towards the betterment of the nation. She aspires to become a serial entrepreneur engaged in different projects and to go for community development in many under-developed Indian villages.Well that’s not all; Sreowshi is set for another venture which is currently at a very nascent stage. It focusses on making travel easier for the common man.

“I am very fickle minded, I keep coming up with new ideas. I am also a blogger. I like to travel and mountains are my favourite,” she signs off.