‘All my women characters are initially vulnerable but experiences make them stronger,’ script writer and author Madhuri Banerjee 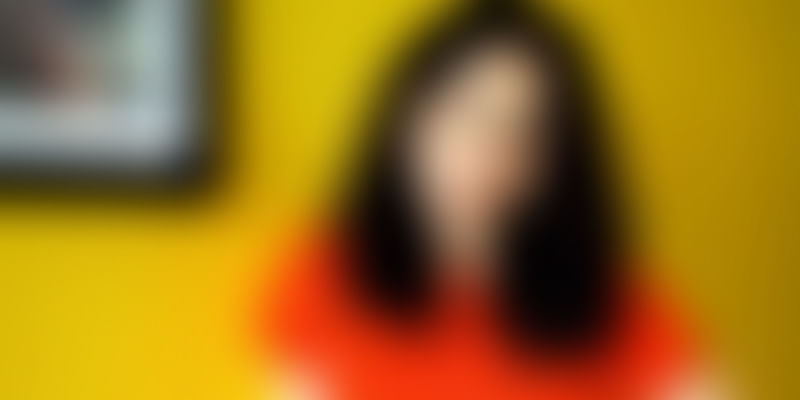 Person-next-door characters are her inspiration and proper research is her forte. Meet Madhuri Banerjee, the 39-year-old bestselling author and screenplay writer, currently basking in the success of her sixth novel, ‘My Clingy Girlfriend’. This book hit the racks in March and the last few weeks have seen copies literally fly out of the shelves.

What makes this book different is the narration – the storyteller is the protagonist Obrokanti himself. Through the book, the author gives a refreshing take on funny matters, a perspective on the clingy girlfriend Radha trying to take control of Obrokanti’s life.

“I listened to a lot of men for this book, did research in the form of listening to their woes. I asked them for things they don’t like in their partners and kind of hung around with them. Though it took me four months to assimilate my thoughts on the narrative, it took me less than a month to actually finish writing the book,” says Madhuri.

“The names Radha and Obrokanti too are deliberate. Think of Radha and the image that comes to mind is that of a traditional, conservative girl and the story indeed tells the plight of the boy who finds himself in a very difficult situation after tying up with her. The book takes one through the journey of Obrokanti and how he gets himself out of a bad situation,” says Madhuri.

Interestingly, the inspiration for Obrokanti came from Madhuri’s friend, who recently got married to his clingy girlfriend. “I made Obrokanti lucky. But soon he realizes that it is just a pattern in his life,” laughs Madhuri. This book is dedicated to Madhuri’s Bengali cousins who have had similar situations in life.

Similarly, her debut book, ‘Losing My Virginity and Other Dumb Ideas’, was loosely based on an unmarried friend who at 30 was still a virgin waiting for Mr. Right. “It was indeed a global phenomenon, there were many who at that age were virgins and that sparked off the idea,” says Madhuri, adding that all her characters through the books have been an amalgamation of individuals she has met over the years. “My characters are all very credible,” says Madhuri.

“I am a feminist. My women characters have to be strong. They cannot be wishy-washy Mills and Boon characters who are devastated if men leave them. As a writer I have a certain responsibility towards society. One of my characters says ‘no’ to a married man, and there are four housewives who figure out their own relationships. I am the epitome of all this – a single mother. All my women characters are initially very vulnerable but as their life’s journey goes along, experiences make them stronger, points out Madhuri.

Jhumpa Lahiri is her favourite, followed closely by Shashi Tharoor, Jerry Pinto, Amitav Ghosh and AatishTaseer. “I have an automatic connect with the Indian writers. I relate so much to Jhumpa Lahiri’s stories and narrative — like her when I was quite small, we moved to the US and the kind of experiences are similar. I was born in Delhi and then moved to Lucknow, the US and so many more cities before settling in Mumbai in 2000,” says Madhuri.

Iranian writers and movies too are her favourite. Jasmi Darznik’s stories appeal to her, her stories are very simple and heart-wrenching at the same time.

“One day I see myself writing my dream book – a literary fiction,” she says.

Madhuri and Bollywood go back a few years. She has been associated as a screenplay writer for movies like ‘Hate Story 2’ and has also won a National Award for her documentary film.

“I have been assistant director to Kaizad Gustad and Subhash Ghai. In fact, I moved to Mumbai much against my parents’ wishes with only one point of contact – Subhash Ghai. He was instrumental in giving me my first break, ‘Yaadein’.

Presently, she is working on two mainstream Bollywood movies, names of which cannot be divulged at the moment.

Writing books and screenplay are two different genres, according to Madhuri, and managing both together is certainly not difficult she says.

Love to spend time with daughter

Madhuri says she does not write non-stop and enjoys spending time with her six-and-a-half-year-old daughter Ariaana. “At this point in time, my child needs me the most. This I think is true for all working women, 70% of time is devoted to their kids in some form or the other, despite that they are able to do justice to their work assignments. I strongly believe that women can multi-task much better than men,” says the proud writer, adding that her daughter has managed to interrupt her thrice during the course of this interview.

Five years down the line, Madhuri sees herself as one of the top bestseller writers and a successful mainstream Bollywood screenplay writer.