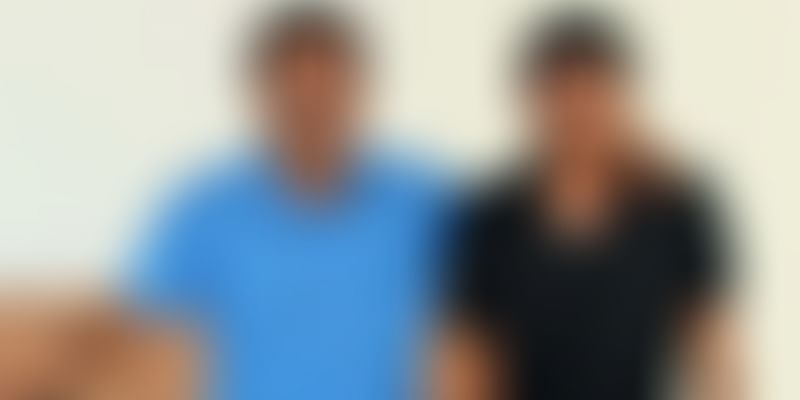 Bengaluru-based automotive startup Ather Energy has received US $12 million funding (Rs 75.33 crore) from Tiger Global. The new round of funding will be used for development, testing, production and the launch of Ather’s first smart electric two-wheeler – the Ather S340.

Ather Energy is the brainchild of IIT-Madras graduates Tarun Mehta and Swapnil Jain. The company was incubated at their alma mater’s Engineering Design Department in 2013 and later under the Incubation Cell at IIT Madras. Earlier, Ather received its first seed fund of US $1 million in December 2014 from Flipkart founders, Sachin Bansal and Binny Bansal.

YourStory spoke to Tarun Mehta, Co-founder of Ather Energy, to know more about the deal and future plans.

Ather Energy aims to build smart, connected electric vehicles of the future. The company is developing a product Ather-S340 which would be at par with any petrol or electric two-wheelers available in the market today.

The Ather-S340 is a connected vehicle powered by lithium-Ion battery pack, featuring a digital touchscreen dashboard, has a light-weight aluminium chassis and offers a top speed of 75 kmph. Designed by Ather from ground-up, it'll be the first electric scooter to be completely designed and manufactured in India. The smart dashboard in the vehicle will enable users to create personalized profiles, choose riding modes and set other ride preferences. Being one of the first connected vehicles in the country, all vehicle's data is constantly logged and monitored enabling on-board diagnostics and issuing notifications for any maintenance.

The last round of funding was used primarily for development only. The company performed very little testing in last five-six months. Tarun says,

Now, Ather Energy is almost ready with the complete prototype. For the coming three-five months, rigorous testing and design will be the main focus. By Oct-Nov'15, we are aiming to finalize the final design and the vehicle will hit the production by early next year. This investment will help us continue to evolve our product and scale it towards launch.

Ather is currently at an advanced stage of integration on the vehicle platform and testing of the functional prototype. Test rides are scheduled for October this year and the company claims to be seeing an increasing number of sign-ups for the same on their website. The AtherS340 is planned for launch in Bangalore, Chennai and Delhi by early 2016.

Ather Energy is not actively looking to raise funds and there's no news expected from this department for the rest of the year. According to Tarun, though Ather Energy was not very keen to raise funds, this deal got sealed because Tiger Global is one of the best institutions for them to get funded from.

Though both the co-founders have six patents between them, none of them is in the automotive sector. Tarun says,

Our strengths are our philosophies which have even led sometimes to get us out of the investors' discussion. We believe in and are working towards vertical integration involving intuitive product design. We can't just take any element off the shelf and put it on Ather bike. Everything from design to development is taking place from scratch.

Ather's diverse team which includes mechanical engineers, data scientists, computer scientists, electrical and electronics engineers have contributed a lot to reach the current stage. There are 45 members in the team with 35 full time and 10 freelancers. Almost 90 per cent of the employee strength includes engineers or designers. The company is planning to hire many more in next few months.

Tarun stated that he'll be surprised if the smart electrical vehicle market doesn't pick up in next two-three years. Though there is no other company doing similar stuff in India, he won't be surprised to see the likes of Brammo motorcycles and Tesla entering the Indian market soon.

According to Tarun, automotive is one of the best industries and the fact that a lot of people have not cracked it makes it even more interesting. He says,

Ather Energy doesn't classifies itself in electric vehicle category, but in the automotive industry. We're building smart vehicles which is very different than the Hero electric or other existing vehicles, in terms of speed, performance and target group. Ather stands for futuristic technology and machine learning that's visible from every component we've designed for the vehicle.

Sales figures of electric vehicles in India were good in 2009 but after that the market collapsed suddenly. Tarun believes that this happened despite people liking it. The market couldn't provide what was expected by the consumer. He says,

Unlike most internet companies, we can’t just pump money to drive the sales and customer acquisition.