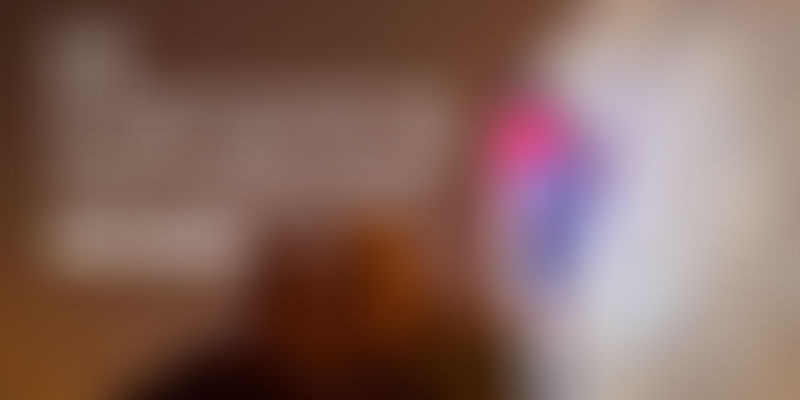 Manikandan Kumar, aka Mani Rogers, is India’s first world Para-climbing Champion, a feat for anyone in India, where recognition for outdoor activities and sports is a rarity. However, in the case of Mani Rogers, this was taken a step further. Apart from breaking the norm, this young 28-year-old has also broken his handicap. Stricken with polio from a very young age, Mani refused to let his handicap come in the way of his dream.

Mani comes from a humble background; his father is a carpenter and mother is a homemaker. For Mani, education was not something he was very interested in, but he would participate in most of the sports events and activities. One day, he happened to tried a rock climbing wall, and realised he loved the sport.

“I never had a trainer; I would climb anywhere I could, whether it was the rocks of Ramnagaram, Hampi and Badami, or artificial walls of Kanteerava Stadium.”

Mani’s climbing journey began in 2002 in Ramnagara at a rock climbing camp. According to Mani, it was something that he got hooked to. He happened to go to a climbing camp immediately after his X grade exam. Mani says, “I simply kept climbing. I never had a trainer specifically, but then I would go to Ramnagaram, Hampi and Badami, and would keep climbing rocks. I would even try climbing artificial walls; I basically trained a lot with other climbers.”

When Mani started climbing, he was 16-years-old and still nursing polio in his right leg. He would use a calliper for movement and support. However, this did not stop his raw grit to learn and excel in this sport.

"I really wanted to be a part of the world championship, and I trained as much and as hard as I could" – Mani on his first Para-climbing Championship

Ten years down the lane, in 2012, Mani Rogers went on to win the World Para-climbing Championship. Before that, thinking of getting a sponsorship to go to France to win a para-climbing competition was something rather unheard of!

While Mani would sustain himself by coaching climbers at the Kanteerava Stadium, the champion’s gold in Paris was yet a distant dream, as money was hard to come by. Mani says: “I had to work really hard to get the sponsorship and money. The Thimmaiah National Adventure Academy contributed money, so did the state government and other well-wishers.”

Talking about this first experience at Paris, Mani said that it was dream come true. His years of struggle and hard work had finally paid off. When he got the chance to participate in the Para-climbing World Championship, he was very happy. “The feeling was out of the world- winning the gold medal for the country,” adds Mani.

His first experience in Paris was something that Mani will never forget. It was the very first time he was travelling out of the country while representing India. Apart from training with other international climbers, Mani wanted to see the Eiffel Tower. “There was this outdoor gear store I was looking for – Arcteryx. After hunting for it, I just climbed the Eiffel Tower, sat on the top and saw the sunset,” says Mani.

When asked about what is the difference between climbing in India and abroad, Mani says, “The training methods there are very advanced. They make climbing look so graceful and easy, and they have good stamina. In India, we still are learning a lot of things in these aspects.”

The year after and the following years

Talking about his 2012 experience in the para-climbing competition, Mani says, “The routes were brilliant and challenging; this time I even had sponsorship easily. I, nevertheless, did my best to make my country proud, and defining the winning moment is something that words cannot describe.”

Mani has been recognised for outstanding performance by the Association for People with Disabilities, Rotary Club, BEL, Fame India and others. He is also a certified route setter by the Indian Mountaineering Foundation since 2008. “For years, climbing has been everything for me; it has given me everything in my life. I owe everything to climbing,” says Mani.

Talking about his future goals, Mani says that he’s looking to compete in more international competitions. He also aims to represent India in the open category, which even has non-disabled climbers. “I really want to bolt, ascend and document more routes/climbing areas across India (and outside), and develop climbing media in the country. I aim to climb an 8a+ within the next year, become a sponsored athlete, represent the para-climbing community whilst helping to gain further support and exposure for Indian paratheletes in adventure sport,” concludes Mani.