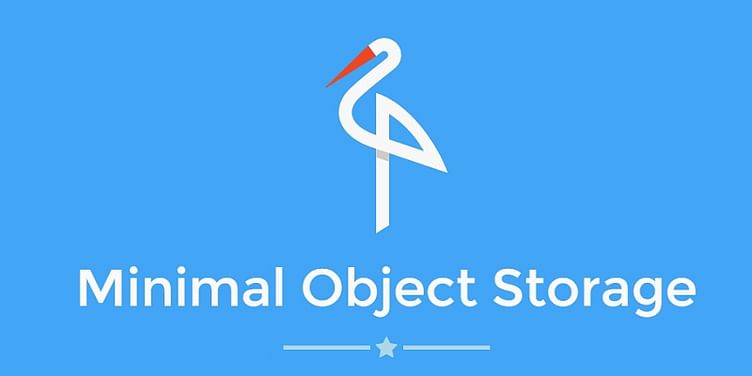 Former Gluster founder, Anand Babu (AB) Periasamy has given a reason for the open source community to smile today. Along with launching the new open source startup Minio, he has also raised $3.3M seed funding round for the company. Startup Minio enables application developers to build their own cloud storage and scale to millions of users. Led by General Catalyst and Nexus Ventures, the venture funding round included Jerry Yang’s AME Cloud Ventures, Index Ventures, Mark Leslie, Brian Stevens, Ben Golub, Lanham Napier and Andrew Feldman. The company will use the funds to develop the Minio Server, Minio Client and Minio Libraries.

Minio, Inc., the company behind Minio was founded in in November 2014 by Anand, Harshavardhana, Frederick Kautz and Garima Kapoor. It is an open source distributed object storage software. Minio server and client are written in golang and released under Apache v2 licence.

The industry and the startup

Over the last five years, the Internet has seen an unprecedented growth of data driven by photos, videos, documents and machine generated data. Object storage evolved primarily to address this type of content in the cloud. According to a recent research study by industry analyst MarketsAndMarkets the public/private cloud storage market is estimated to grow from $13.57 billion in 2014 to $56.57 billion in 2019 at a compound annual growth rate (CAGR) of 33.1%. Minio aims to democratize cloud storage by building object storage in the open source community. Anand says,

The name Minio stands for minimal object storage and derives from our belief in the philosophy of minimalism. To store 80% of the world’s data, users need only 20% of the storage functionality. As counterintuitive as it seems, scalability and operational ease start with reduction and simplicity.

Minio will simplify storage to the extent application developers can include object storage with their application stack, just like Node.js, MongoDB and Cassandra. Minio is perhaps the first developer friendly storage targeted at private clouds. Minio has the potential to make every developer a storage expert.

Investors interest at a nascent stage!

Abstracting out technology sophistication into elegant simplicity, minimalism and user delight has been the cornerstone of AB's entrepreneurial efforts. He had done that successfully with his previous startup gluster that we were thrilled to have partnered with. He is doing that again with minio, which we are again thrilled to be backing from day 0. Minio has the potential to redefine cloud storage, the way we know it.

They are well positioned to swing for the fences in this 10 billion+ market opportunity and capitalize on a fundamental secular shift in decision making from IT to application developers.

You may also like: Aravind Ravi, Founder, Scrollback – who swears by Open Source