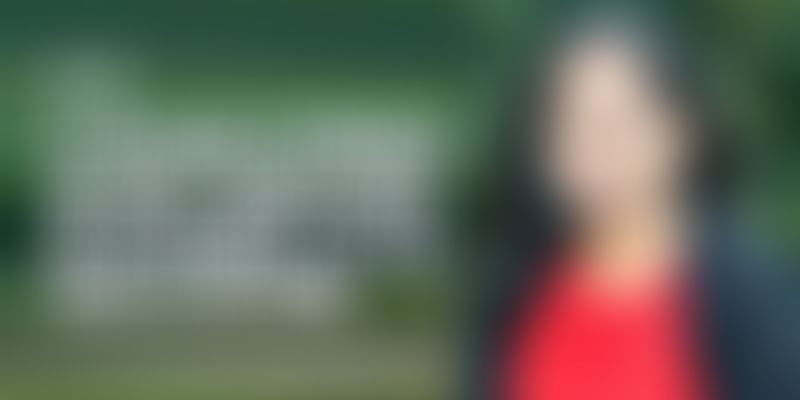 If not a techie or an entrepreneur, Sreepriya Koppula would have been a classical dancer. Though the arts missed out on a talented dancer, it is technology which gained because of the contributions of this young, ambitious girl from IIT-Kharagpur.

When YourStory conducted a Women-in-Tech meetup recently, my eyes were continuously searching for the next Techie Tuesdays in the crowd. In the past two years, we have mostly profiled male techies in this column. But we know there are many women techies out there, and it is our conscious effort to tell their story. If you know of one, do tell us.

Not an ideal beginning

Born and brought up in Hyderabad, Sreepriya lost father when she was six years old. Her mother started working after that to be the bread winner for the family of three. Young Sreepriya had inherited her father’s analytical bent of mind. She liked mathematics and puzzles in school. In her high school, she liked C programming for the logic involved in the problem statements. She was an average student but sometimes dreamt of standing first in the class.

Since Sreepriya’s father was a gold medalist from REC Warangal, her mother wanted both her children to become engineers. Sreepriya gave JEE (Joint Entrance Examination) to get admission into the IITs. She recalls,

I didn’t get a good rank and barely managed to get a seat at IIT-Kharagpur. The exam was more like a chess game where you ensure that you play with your strength and cover your weaknesses.

She wanted to get into IIT because that would allow her to remain in India, and she would not be pressured to go abroad for higher studies. Thus it was not just the Industrial Chemistry branch which IIT-Kharagpur offered Sreepriya, she also received a great boost to her confidence.

Dance, romance, politics and a bit of C++

Because of her branch and restriction of course structure, Sreepriya could manage to study C++ in first and second year only when the courses are common for all the students. Till graduation, the scores in these courses remained the best performance for her. Thus without coding, logic and analytics, Sreepriya got involved in organizing committees, politics and other co-curricular activities in college. She recalls,

If not for IIT, I would have become a professional dancer. Next day after the IIT exam, I enrolled myself into Kuchipudi dance classes.

Sreepriya met her future husband in college. More than anything, college changed her shy nature completely. She also learnt how to communicate a decision to the group while being politically correct. She says,

By the final year, I was not scared to voice my thoughts. There was a panel discussion in college on whether students should go for higher studies or a job. While professors thought it was too early for a job, I made my point that to figure out what we want to do, we need to work.

Though it was a small incident, it required guts to stand up and question authorities, and Sreepriya got her award as a job offer from one of the panelists in Reddy Labs.

A chemist in software engineering

While waiting to join Reddy Labs, Sreepriya went to a walk-in interview in Hyderabad. An IIT-Madras alumni startup YASU Technologies offered her a job under the condition of learning on-the-job as she wasn’t well versed with Java. They give her a month’s time but she didn’t do well in the test. She was told, “In one week’s time you have to submit an end-to-end program in Java. If it’s up and running, you’re in.”

She prepared really hard for the second chance and did equally well. At YASU, she was working on an eclipse plugin based on rules engine.

Sreepriya got married in 2006 and moved to Bengaluru to join Ketera Technologies. The company was developing products for procurement and e-commerce market in B2B domain. She says,

I was the first woman in the tech team at Ketera. I had to set my own structure and before that I had to prove myself.

Ketera was moving to a new platform as J2EE wasn’t common when the legacy code for their product was written. Basically, the business logic was the same but the technology stack was changed. While almost everyone moved to building on the new platform, Sreepriya was asked to take care of the existing product because the clients were still on it. The experience benefitted Sreepriya a lot, primarily because of three reasons:

When Sreepriya came back from a three-month long maternity leave in 2008, the entire catalogue solution team of Ketera Technologies had resigned and she was asked to lead the department. This included working on its architecture and API integration of supplier content management. It was a tricky situation for her as she was a new mother and the responsibility given to her required intense work.

She decided to work from home and within six to eight months, she was well versed with the entire product. It was a great learning experience for her as she was working directly with the business team and gaining a wider perspective on clients. She was involved in many releases. She says,

I was running this product single handedly for eight months. It involved technology R&D and I never shied away from going deep into solving the root cause of the problem.

In 2011, Sreepriya gave birth to her second child and later in 2012, decided to move on after spending six-years at Ketera Technologies. She says,

I put down my papers in June 2012 and registered my company. I was thinking of starting an e-commerce company earlier but didn’t think it was wise anymore in 2012. I knew cataloguing inside out and it made perfect sense for me to build something out of my experience which will be used by other e-commerce companies as well.

During the first six months, Sreepriya was working alone on a product aimed at making images give a better view of the product. Though the 360 degree view existed, but it involved taking multiple images followed by editing them manually. After speaking to engineers, she was able to make a device built on gar system which would click photographs of a product from all directions with a consistent movement of the camera initiated by a single click.

With the first product of her company Turnaround Systems, she ran a pilot with Urban Ladder. For Sreepriya, this experience was a first transformation from a techie to a CEO. Working out of the study area of her house, she had invested almost Rs 3 lakhs to build the machine.

Since the product was all about turning images, the company was called Turnaround Systems. Turnaround Systems has come a long way in three years from a one-member team and a hardware engineering solution, to being a robust technology automating image editing.

When things weren’t moving fast enough, Sreepriya had thought of selling the company to any e-commerce giant and get back to a job. But after she was shortlisted for the Microsoft Accelerator program in 2013 and later in the final list of Target Accelerator (where she received the seed funding from), her faith on her idea was strengthened. Today, Turnaround System is working with Myntra, Flipkart, Urban Ladder and many other e-commerce portals, helping them edit photographs of apparels, bags, trolly bags, shoes, furniture and more for their catalogues.

Sreepriya was also accepted into Stanford University’s Ignite program on Entrepreneurship and Innovation. Over the last three years, she has got more clarity on scalability and gained the confidence of taking her startup to places. She says,

We are now working on tools which can show how the product fits on you. For long, image editing was done manually on Photoshop and 12 to 24 images per product consumed a lot of time and resources.

The beta version of the product, named Pixter, is already out. In simple terms, it makes images better for e-commerce using technology. Right now, up to 80% of the images can be automatically enhanced using the product. This can go up to 95% in the near future. The major challenge is to customize it for products with non-uniform background, for example those listed on OLX and Quikr. The company plans to build the product capabilities based on images categorization which will be done on the basis of lighting, background, and type of products among others.

Sreepriya believes that cataloguing is a manual and broken process at the moment, and Turnaround aims to change that using technology. There was a photoshop tool called Clipping Magic made in the US to automate image editing some time back but its usage is restricted.

According to Sreepriya, technology is a tool used to solve a use case or business problem. She believes that certain things in life can be compromised while certain others can’t. Once the balance between both is in place and you adhere to it, life is all good. She says,

Never giving up and sticking to deadlines has helped Sreepriya in her journey so far. She says,

“Always try to figure out the bigger picture. You should be aware of the use case of the technology you’re working on and the significance of the product it’ll finally lead to. If you build a product without significance in the market, it’s as good as nothing.”

Sreepriya has been a practical person who was able to follow her own path because other things were sorted out. She mentions the two values she has been driven by: