Aaghaaz: Training girls and helping them make a new beginning 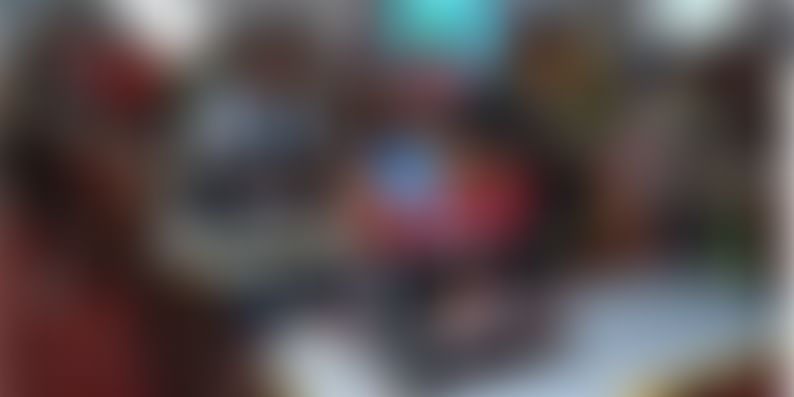 Aaghaaz literally means ‘a beginning’. An NGO run by Jalandhar based women, Aaghaaz has helped nearly a hundred women make a fresh beginning already during their brief existence.

Nidhi Kohli, the brain behind the project and one of the co-founders, tells more about their unique project in a long and engaging conversation.

Of the belief that all of us owe a debt to the society and must do something to repay at least some part of it, Nidhi shares, “Being a mom to three girls makes the ‘girl cause’ very special for me. There is no dearth of organizations helping women these days but sadly, most of them render only ‘one time help’. I wanted to do something which would be with the girls forever- something that would make them self-reliant. Giving them vocational training and exposure, I felt, could be the beginning.”

With this idea in mind, Nidhi sought support from family and friends, most of whom encouraged her to go ahead, promising her all possible help.

After some brainstorming to come up with the right name and working out details so that they had a sustainable working model at hand, Aaghaaz was registered as a society in 2012.

The team members initially decided to set aside some funds every month. They were also banking upon support from patrons who contributed generously even as they expressed their inability to play an active role. A bank account was set up for the purpose. “Till date, we have been running Aaghaaz solely on contributions from founders and well wishers. And by the grace of God, we have never fallen short of funds,” mentions one of her team members.

The team started with their first vocational education courses in May 2012 in Qaadiyan village. They made a humble beginning with only two courses of four months duration each (stitching and beauty training), at the end of which the enrolees were awarded certificates by the sarpanch of the village.

Heartened by the response, they soon conducted the same courses at other premises as well. To give the girls trained here some much needed exposure and confidence (besides helping them earn some cool profits), the team started organising mehandi camps on occasions like karvachauth. “The huge turnout at such camps delighted and encouraged our girls,” tells Nidhi.

Aaghaaz later also added courses in computer training, English speaking and self defense to its repertoire.

Besides these regular courses, they also conduct special workshops like paper bag making, hair cutting, etc. from time to time.

I was curious to know if they accepted girls only from the impoverished sections of the society. “Not at all! Aaghaaz has always been open for all girls from all walks of life. And it always will be,” said Nidhi.

The team has, till date, awarded certificates to nearly 1,000 girls. She proudly adds,

We also try to help the girls trained here find employment later. As many as 100 girls trained by us here have started earning already. Twenty of them are working as beauticians in salons and parlours. Five of them have even gone ahead and set up their own parlours, making them mini-entrepreneurs! Many are working as door to door beauticians. From the stitching department, we have some girls working in local boutiques while some are working from home in various capacities. We also started our own boutique last year where have employed five of our girls. Some of them are working as tele-callers in hospitals as well.

Though some of the original members had to quit the Aaghaaz team later owing to various reasons, they were joined by two more. The current team comprises of Ritu Duggal, Kuldeep Ghumman, Shilpa Aggarwal, Neeru Aggarwal, Pooja Bhatia, Dolly Mehta, Harveen Kaur, Sachleen Kaur and Kavita Chopra. All of them contribute as and when required, while three of them are actively involved with the day-to-day functioning. Team Aaghaaz does feel disheartened on seeing a greater percentage of girls not being able to apply their skills productively even after completing their courses. The reasons for that are many, the foremost being restrictions imposed by the family. Says a team member, “Our city is home to the sports industry. Also, garments, bags and shoes factories are mushrooming here due to which the demand for girls who could stitch far outnumbers the supply for them.”

“Motivating the girls to step out of their houses to work has been and continues to be the biggest challenge for us,” she says. “We often get calls from factory owners keen to take on more skilled girls. On a few occasions, we have taken the girls and their guardians to these factories to assure them that their girls will be safe. Inspite of that, not many are willing to come forward, which is sad.”

That notwithstanding, seeing their girls getting jobs, earning and supporting their families and, most importantly, becoming confident enough to face the world makes the team proud and happy.

The upbeat team is now keen to add more courses and are also looking forward to setting up a full-fledged workshop where they could cater to bulk stitching orders. The girls have already handled bulk orders for the non-teaching staff of some leading schools and shoe bags for Tracer shoes (co-owned by Nidhi’s husband, Nitin Kohli) even without a fully functional workshop. Having a fully functional workshop, believes the team, will help more girls earn for themselves.

Know more about Aaghaaz by checking their Facebook page