When Jhajjar, Kolkata and Hyderabad gave Wimbledon champions to the world 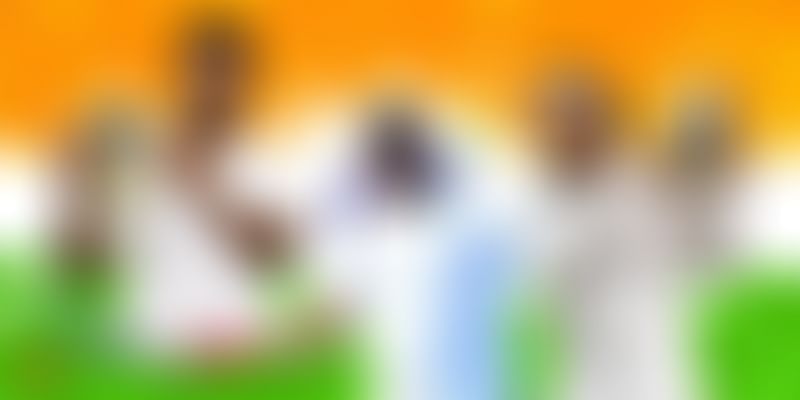 By the time Sania Mirza created history on 11th July 2015 by being the first Indian woman to win the Wimbledon 2015 Women’s Doubles Tournament (with Martina Hingis), India had already begun eyeing the mixed-doubles titles. And while the whole world had their eyes fixed on the Federer-Djokovic grand finale taking place at Court #1, a small town in Haryana had its interest elsewhere. As a matter of immense pride for them and all Indians, a 17-year-old boy from Jhajjar made it to boy’s doubles finals in Wimbledon.

Ina cricketing nation like ours, it takes nothing less than a grand slam win fora sportsman/sportswoman from another sport to be celebrated. Sumit Nagal achieved this. Along with his Vietnamese partner Ly Hoang Nam, 5 ft 11” Sumit won the boy’s doubles championship at Wimbledon 2015, becoming the first Indian to do so. Later in the evening, Leander Paes(with his partner Martina Hingis) cruised to victory in mixed doubles, taking the tally of Indian winners at the Wimbledon 2015 to three.

Whether it was Sania from the city of Nizams, Hyderabad, Kolkata-bred Paes or Jhajjar-boy Sumit,all three sportspeople have shown to the world that with enough hard work and determination, nothing is impossible. Their success might have been celebrated only recently, but their attitude was always that of a winner. Here’s a brief overview of the three champions, who made India proud in Wimbledon 2015:

From Jhajjar to Wimbledon

1997-born Sumit started playing tennis at the age of eight. He won his first major title in 2012, by clinching the ITF Juniors’ G3 Gujarat NRE. Currently coached by Mariano Delfino from Argentina, Sumit has undergone training at the Tennis University, Germany. He has bagged the ITF Juniors’ G2 Ex Wilson Pilson Cup(2014),the Hyderabad F8 Future and the ITF Juniors’ G1 Offenbach(2015) and achieved a career-best ranking of 23 in Juniors’ (ITF).

Sumit believes that one can achieve a lot with hard work. He himself trains very hard, pushing his limits and only then, has been able to make it to this level. Here’s a sneak-peek to his training at Tennis-University:

He had tough luck in boy’s singles where he was defeated in the first round only. Right-handed Sumit plays a two-handed backhand. After winning the title at Wimbledon, he told NDTV in an interview,

I never thought I would do anything like this. It doesn't matter if it's singles or doubles, I'm just glad I won it.

At 17, Sumit has a long way to go. For now, he’s happy to be attending the dinner party hosted at Wimbledon, with his favorite Djokovic. (Here’s a glimpse of his match.)

“I want to win a women's Grand Slam”

28-year-old Sania Mirza won her first grand slam title in 2009 at Australian Open mixed doubles. Six years down the line and with three grand slam titles, Sania was in for something big this Wimbledon.

The more difficult the victory, the greater the happiness in winning.

True to these words of Pele’s, Sania’s Wimbledon victory tastes sweeter than any of her previous titles.This is probably what she had in mind in October 2013, after a fabulous year (in which she won five doubles titles) when she mentioned in an interview,

I am going to try and win more slams and try and win a women's Grand Slam as well. That's what we really play for. Maybe, that's the only target I can set.

The journey to this Wimbledon victory has not been easy for Sania. Born in Mumbai and brought up in Hyderabad, Sania started playing tennis at the age of six. She has been coached by her father and Roger Anderson. A few years into her international career, she faced criticism for her dress style from certain religious committees. Even her marriageto Pakistani cricketer Shoaib Malik landed her in trouble in the form of threats, and she had to move to Dubai with her husband. After recovering from her injuries in 2010, she made a strong come back at the 2011 French Open, where she reached the women’s doubles finals of the championship. While she won the mixed doubles at the French Open in 2012, and US Open in 2014, this women’s doubles win at Wimbledon is special for Sania. She said at the post-match conference,

These are the moments we work years and years, all our lives, for. This is what we play for.

Age is no barrier. It’s a limitation you put on your mind.

At 42, Leander Paesis the oldest man to have won a grand slam title.He was more than at the top of his form at Wimbledon yesterday. Paes-Hingis cruised to victory in a mere 43 minutes at the mixed doubles finals yesterday, where they thrashed their opponents 6-1, 6-1. Paes turned pro in 1991. 24 years later, his enthusiasm for the game remains same. Paes has made India proud for years, including the 1996 Atlanta Olympic Games(bronze medal in singles) and his grand slam title #16(8 men’s doubles and 8 mixed doubles) is a number that shows his tenacity and dedication.

Paes is considered to be one of the greatest and most respected contemporary doubles and mixed doubles players in the world. Born and brought up in Kolkata, Paes is among the most successful professional Indian tennis players, and is also the former captain of the Indian Davis Cup team. He’sIndia’s first and only tennis player to compete at six Olympic Games (1992-2012).

To support talented athletes from India in winning Olympic medals, in 2010, he joined the Board of Directors of Olympic Gold Quest, a foundation co-founded by Geet Sethi and Prakash Padukone. A legend and inspiration for many, Paes looks good to keep his title count going up.

YourStory salutes the sportsman spirit in all three winners, and in thousands of others who are pushing their limits and leaving no stone unturned in their efforts to reach to the top and make us all proud. We are all thankful for them because we know,