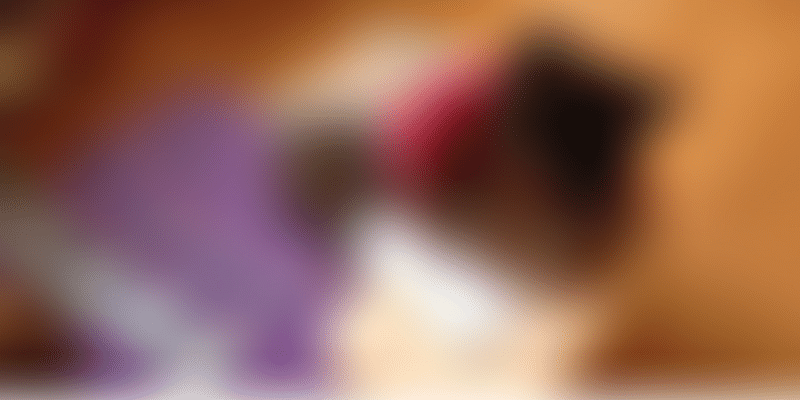 Mithun is a 19 year old young adult from a low income group community in Bardhman, West Bengal. Most of his friends have either left school or are looking for some jobs, most of them unaware of their options. “I heard about this programme in my school. They gave us information and said that after the training programmes, we will get jobs. I joined the programme and learnt about communication skills, computer skills, and services related to the hospitality industry. I chose hospitality out of BPO, hospitality and retail.” Mithun works as a steward and trainee guest assistant at Café Mezunna (part of ‘Speciality Group’ umbrella that has Mainland China under it as well). Mithun adds, “During the interview process also, we (fellow training batch mates) were appreciated by the HR for our answers. And now the managers at Café Mezzuna have expressed their appreciation for my work, I’m the first choice when a guest comes in.”

The sad truth is that while the government has setup schools in the smallest of rural pockets, the quality of education and the exposure is limited. Realizing the gap, Samina Alam and Shourie Chatterji stepped in with their social enterprise ESDECS, an acronym for Education, Skills Development and Elder Care Services.

ESDECS works in the skill development sector and has been founded by Shourie, Samina with Soma Choudhury as COO. The company seeks to address the gaps in students’ education and offer opportunities for employment through a modular, integrated life and career skills solution for students.

Samina and Shourie are Kolkatans. Samina has spent her entire life in the city; she is an alumnus of Loreto House and Loreto College. A Masters in Political Science from Calcutta University, she also has a government certification in Training & Development from Indian Society for Training & Development, New Delhi (ISTD).

Shourie is the quintessential engineer who found his calling elsewhere. Before ESDECS, he worked for 14 years in IL&FS Education & Technology Services, a social infrastructure company, which had a lasting impact on him.

Samina and Shourie met and worked together at IL&FS, and finally got married to each other. Samina says, “Shourie had been thinking of starting something of his own for some time. I was pretty clear that I wanted to work with him; whether in IL&FS or outside because our heart is in social sector & we think along similar lines. He has great ideas and thinks of bringing innovation in work; I enjoy executing his ideas. We both come with experience of actual field implementation.”

Shourie says that starting up ESDECS was a gradual process. When he turned 39 in 2013, he decided to turn his wish into reality. Shourie adds,

Contrary to popular belief that getting married, that too a bit late in the day (I was 37 when I got married to Samina), hinders such a decision, for us, it worked to our advantage, as we both strongly believed in working together in areas which combines financial & social returns. We also got the backing of our ex-colleague, Soma Choudhury, who decided to give up a settled career in IL&FS and decided to join us from day 1 at ESDECS as our COO.

Entrepreneurship is in his blood. His parents are entrepreneurs too, having left their jobs mid-career to take the plunge.

School Readiness with affordable pre-schools – Acknowledging the dearth of affordable pre-schools in West Bengal, ESDECS developed a solution with world class pedagogy and offered it at a reasonable price for the segment that can’t afford pre-schools like Kidzee, Eurokids, etc. They have established their first pre-school ‘Early Birds’ in technical collaboration with Vikramshila Education Resource Society.

The admission charge is Rs. 3500, book and uniform charges at Rs. 500, and the monthly tuition fee is Rs 250. The duo adds, “This makes it an affordable alternative to parent segment whose monthly family earnings is less than Rs 15,000.” They have also developed high quality – low cost teaching learning kits for their own school which is also being offered to the government centres at a price of Rs 3000. Presently, about 1200 kits are in use by the government in West Bengal with a steadily growing demand. Shourie says, “Once we reach operational break-even from the pilot school, we plan to set up more Early Birds schools in TierII/Tier III cities and suburbs.”

Job Readiness – ESDECS has a strategic alliance with Vikramshila; they have jointly developed an integrated life and career skill solution for adolescents culminating in actual job creation for school leaving young adults. This integrated programme is called Education to Employability (E2E). The solution has been accepted by the government of West Bengal and MHRD as a national level good practice in providing skills at school level.

Shourie speaks about why their approach has made a difference, “I think, the way in which we have approached the service gaps in the space of employability and skills development is somewhat unique. For example, there are many players and multiple schemes for skills development. But what we have been able to crack is the fundamental issue of mindset, i.e. addressing the mismatch between aspiration & capability of today’s adolescents and youth. Unless we change their mindset, the skills development ecosystem may fail despite the best infrastructure, adequate funding and availability of jobs with no takers for these jobs.”

E2E and E2E Plus targets this specific need by working with students of classes 9-12 to sharpen their career focus through psychometric diagnostics and counselling, and by providing fundamental work skills (Communicative English, IT & Soft Skills). Domain specific skills are provided to students (through E2E Plus training) who do not have either interest or resources to continue higher education. This helps many like Mithun land a job in reputed private sector companies as entry level workforce. It’s a process innovation in the ‘School-to-Work’ transition space.

ESDECS has been around for 2 years, during the course of which they have placed 45 students successfully in jobs. Samina adds, “More importantly, stakeholders have started seeing schools as an access point for honing career and employability skills of young adults.

A long term challenge is changing the mindsets of people. Another challenge, which almost every entrepreneur faces is raising funds. With Villgro’s seed investment in ESDECS ‘Job Readiness’ vertical, the worry is placated for the time being. Samina says, “You need someone to believe in your ideas to the extent of backing them financially.”

With all that hard work and challenges, there are wins and firsts that keep the duo going. They reminisce, “The first admission in our Early Birds School, the first set of pre-school kits procured by Unicef, the first batch of E2E Plus candidates and the first employee who walked in- Anwesha, our Finance and Accounts Officer are all moments to cherish. All these are reflections of the faith that they have put in to make ESDECS a reality.”

Shourie says that numbers are very important to him. He adds,

In the next 10 years, if we can create new jobs for 1 Lakh youth, provide career direction setting for another 1 Lakh adolescents, provide educational foundation to 10,000 children and create a pool of 1000 geriatric care givers, I think we would make ourselves relevant and meaningful.

It’s not just all work. When the two of them are not working, they like to catch up on some sitcoms and give themselves a break from all their worries. “We strongly believe that problems have their own way of sorting themselves out.”