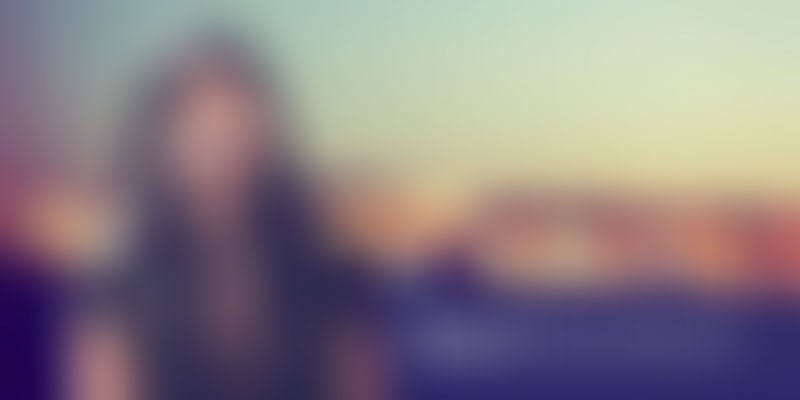 ”I am not a risk-taking entrepreneur by nature, but I’ve definitely caught the bug now having run this business,” says Gauri Devidayal, a law graduate from the University College London and a qualified Chartered Accountant, currently donning the owner’s role at The Table, a fine dining restaurant in Colaba, Mumbai.

“When we started thinking about it in 2008, there was definitely a need for more new restaurants so it made sense at that time. Initially I got involved to help on the legal and financial side, given my educational and professional background, but once I got into it, there was no looking back,” says Gauri with a smile.

Gauri left a lucrative career as a tax consultant with PricewaterhouseCoopers and later with KPMG in London, where she lived for eight years. It was about the same time that she and Jay Yousuf, now her husband, decided to move back to Mumbai, she from London and he from San Francisco. It was in early 2008 that she met Jay and he was able to convince her to join him on his restaurant adventure. Gauri admits that it was one of the most difficult choices to make, more so as she had close to zero experience in the hospitality industry but took a plunge into entrepreneurship nonetheless with Jay. Together they conceptualized and created The Table.

Having lived in the US for 23 long years, 14 of which he spent in San Francisco, Jay wanted to bring the American city’s food culture to India. He had experienced a variety of cuisines and restaurants and it was indeed his passion for exceptional food which made him realize the dearth of a high quality and innovative fine dining outlet in Mumbai.

Gauri recollects the nervous moments before they opened the restaurant. “We got married in December 2010, three weeks before we started our venture. He has the entrepreneur instinct more than I do and had the vision and confidence. Financially he was able to take the risk and I was successfully able to implement and execute it,” says Gauri on a modest note.

The USP of the Table

The idea behind the Table was to bring a casual fine dining restaurant to the city, where the food experience was of an extremely high quality served in a casual yet chic ambience.

We didn’t want The Table to become a ‘special occasion’ restaurant, but rather one that people feel comfortable coming to anytime”.

This casual vibe comes across in many ways. They introduced the concept of small and large plates and encouraged guests to order a selection of plates to share family style (as opposed to individual appetisers and main courses). They were also one of the first restaurants to have a community dining table, the idea

being to have strangers seated next to each other at a large table and possibly getting to know each other. Initially the guests had reservations, but soon it became the most sought after seating in the restaurant.“It is also great for solo diners whom we’ve seen an increasing number of over the years,” says Gauri.

From Farm to Table

It so happened that Gauri had bought an acre of land at Alibag ten years ago to build a small weekend home there. “One day we had a lot of spinach grown there. I couldn’t figure out what to do with it so sent it out to friends and family but still it was surplus. That is when I decided to take some along to the restaurant,” says Gauri who then got in touch with an agent of Fresh and Local, a movement to facilitate urban farming in Mumbai. The Table is now successfully sourcing some of its requirements from the Alibag farm and providing it as a seasonal dish.

Currently The Table Farm grows spinach, beetroot, radish, carrots, mizune and other leafy greens, heirloom varieties of tomatoes, herbs and many other microgreens.

This farm to table concept too was inspired primarily by restaurants in San Francisco, where growing one’s own produce is almost the norm. “It is also our way of dealing with the lack of great quality local produce,” says Gauri.

What Gauri loves the most about being an entrepreneur is the complete control she has over things. Owning a business gives one the freedom to do things and she says she enjoys that. “There are certain things now which I know are acceptable and some are not in entrepreneurship,” she says.

During her Chartered Accountant days, Gauri says, she had become an expert in one particular area of taxation. It was a very niche area and she had gained mastery over it quite soon.

Things stand starkly in contrast now. From being an employee, I have come a long way in being an employer. Now I need to know everything from managing employees to actual day to day operations. This has been a huge learning curve for me and has certainly exposed me to a more holistic approach called entrepreneurship,

She recalls how her family was very worried with her decision to quit such a well-paying career in London and return to Mumbai to start something on her own, but the same set of people are very proud of her achievements today. Always surrounded by creative people, Gauri’s father was a businessman himself and her mother was an artist. One of her sisters is a graphic designer while another one a writer.

“All of them together tried to talk me out of this idea for long but gave up after I convinced them otherwise. Now they don’t seem to get enough talking about me,” says a proud Gauri.

Juggling the role of a mother and entrepreneur

“Don’t ask me, it’s rather challenging,” she says of the dual responsibility of being a mother to a two-year-old daughter and being an entrepreneur. But being an entrepreneur meant she had flexible timings and could work from home when needed. With her husband too in the same venture, between the two of them they ensure one is always around to take care of the little one.