From India to Pakistan, the Robin Hood Army wages war against hunger 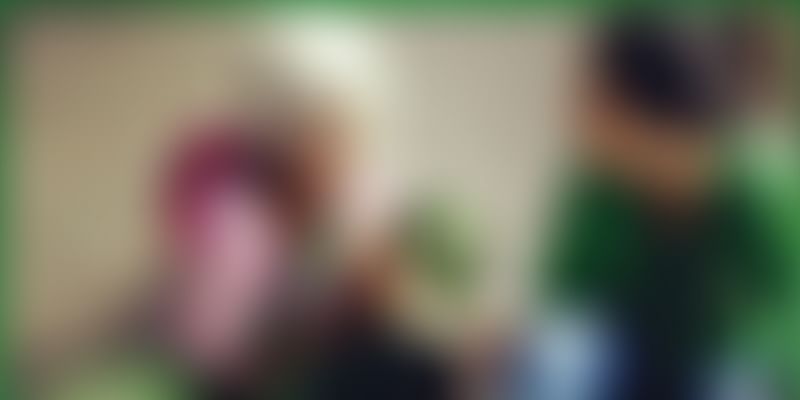 While the borders are rife with tension, this Independence Day weekend, the citizens of India and Pakistan are looking to celebrate a different kind of independence: an independence from hunger. For close to a year now, Robin Hood Army, a unique volunteer driven group, has been working towards providing food for all those who need it.

The idea came to Neel Ghose, VP International Operations, Zomato, when he was setting up the Portugal operations at Lisbon. While working to get partners onboard, he chanced upon Refood. “They work in a very hyper local set up and format, which intrigued me. I decided to volunteer with them for awhile to understand the process,” says Neel.

Soon, after he got back to Gurgaon, Neel along with his then colleague Anand Sinha set up the Robin Hood Army, in August 2014. The journey began with six volunteers and one night of feeding 150 people, and now Robin Hood Army is present across 15 cities in India and Pakistan, has over 732 volunteers and has served 1,26,954 people.

The model is quite simple: the team ties up with restaurants, collects their excess food and distributes it to those who need it. “When we began, we realised there were few things that needed to be in order, like the distribution,” says Neel. In order to find the right people, the team began to scout the city. “When there was a little skepticism of whether the food is actually reaching the people who need it, we decided to actively put up the images on our Facebook page,” adds Neel.

It was this initiative that got the group the needed visibility. Several of Neel and Anand’s friends got in touch with them asking if they would come in to their cities. “That’s when we knew that this was something big and scalable,” says Neel. Initially, the team began with Mumbai, Delhi, Bengaluru, Hyderabad and Kolkata. What began with a friends and family network moved on to encompass different ‘chapters’ managed by volunteers.

It was in late January that Neel’s colleague from LSE, who was in Karachi touched base with Neel. “She was interested in what we were doing and was looking to set up a chapter in Karachi. On February 14, the Karachi chapter was launched and today Karachi is one of our most active chapters,” says Neel.

Every chapter has a core team that focuses on volunteer management, handling restaurants, scouting and distribution. The ‘team of green’ decide to meet at a location, go to the restaurant and get the food, congregate and pack the food and distribute it among those who need it.

Scouting is an integral part of the process. Each team allocates people for different purposes. We don’t work only with homeless people. We found that there were many cancer patients at AIIMS, Delhi for their turn. We realised they needed the food more,” says Neel.

Over the year, the ‘army’ has figured out different ways to find people to feed or even help. During the bitter winters in Delhi, instead of a food drive, they focus on getting warm clothes and blankets to the people who need it. One of the important aspects of these drives is to take as Manu pictures as possible. “We train our volunteers on offering food without offending people. We also take pictures with permission and without offending anyone,” says Neel.

This army is fighting a different battle this Independence Day; it is working to give people a basic necessity, and is waging a war against hunger.

Over the Independence Day weekend, Robin Hood Army, along with Uber and Scoop Whoop, is galvanising students in India and Pakistan to feed over 1,00,000 homeless people.