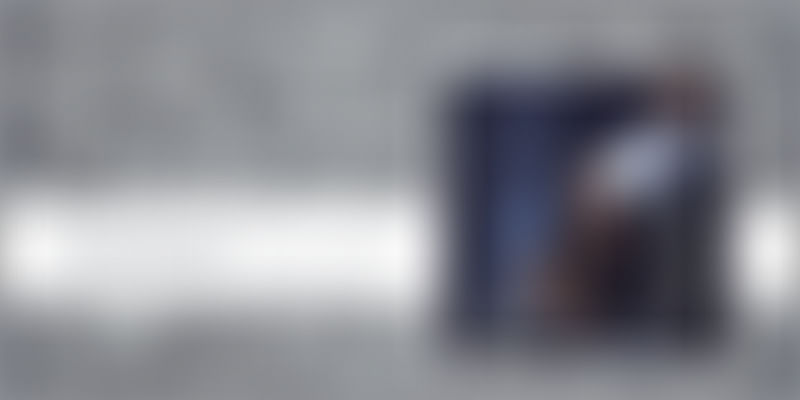 Have you been finding it increasingly difficult to stick to your diet, every time you decide to take a little stroll down the road and a stray hoarding meets your eye? Do you lose control of your salivatory glands and find yourself hanging at the mercy of the thin thread of mozzarella cheese on your favorite pizza- every time the TV commercial comes on? We have found the culprit, who has made your food look even more irresistible than it already is- Shubhangi Dhaimade, one of India’s only five international Food Stylists.

Her profession is easily amongst the most interesting ones you have encountered, or ever will. She gets paid the big bucks to make food look like a million bucks- be it for the packaging and advertisement of food brands, or for feature films and shows. So, the next time you see chubby drops of semi-molten chocolate approaching the lips of a beautiful model, just millimeters apart, in almost edible anticipation – as you wait for them to unite in a so-close-yet-so-far frame of mind- know that a food stylist has spent hours in getting the texture, distance, angle, lighting, arrangement and a whole lot of other things right, to create these lust worthy moments for you.

A crueler expectation v/s reality moment in our lives is when we’d wonder why, for instance, the butter sizzles and bubbles on a paratha on TV, but you have to assault it until your butter-knife snaps when you bring it over. Not once did we imagine that there are specialised experts to create that delicious sequence. How then, did Shubhangi Dhaimade stumble upon this unique and unexplored line of work?

23 years ago, the creative genius was working at something which was far far away from Food Styling. “I began my career with a Japanese engineering company evaluating large chemical shipments, until I was pregnant with my son, Sharang. My maternity break extended over five years, until I felt the need to get back up on my feet again. But I couldn’t bring myself to going back to my previous job.”

There was a bunch of other options I began to explore. Cooking was a fair interest. I had taken a catering course back in college. My husband, who worked at an ad agency at the time, discovered this avenue and floated it by me. I took it up thinking, what the heck- if it blows, I’ll just give it up.

Just a few assignments down, she realised this was her calling. Although, back then, in 1997, not many companies felt the need to employ the services of a stylist for their presentation and packaging. “The internet wasn’t so big either, so getting the word out was tricky. Assignments were few and far out. We were lucky if we had 2 or 3 a month.”However, with the growth in the food sector, the styling industry experienced a leap in demand as well. “Now, you’re free only for two or three days a month!” she exclaims at the happy turn of events.

The best part, though, is that even as the demand witnessed a jump, the supply of stylists remained more or less the same. Resultantly, five major stylists have emerged over the past 18 years, who all now enjoy equally grand chunks of the market share.

Requirements of companies have changed, and increased, for that matter. There is more than enough work for all of us. In fact, with the internet, we have become a global community. Thus, I no longer have to count on Indian players and clients.

Is there scope of this industry being organised or corporatized? “The competition right now is far from being cutthroat. Moreover, it will always be run by independent professionals- because it is an art. There are no courses to teach it. You must have the initial gift, and the capability to learn along the way.”

So, if food styling is an art, what have been some of her masterpieces? Most of you have been fans of her work already – without even realizing it. If you marvelled with an open mouth at the gloriously colorful thaal of marwari delicacies that Aishwarya Rai’s Jodhaa lovingly laid at the feet of Hrithik Roshan’s Akbar in the 2008 Bollywood film Jodhaa Akbar, you ought to pass on the credit where it is really due – yours truly Shubhangi Dhaimade was the maestro behind it.

This was one of my more challenging assignments, as I had to put in a lot of research into the cuisine, its nitty-gritties and its presentation. But I always gravitate towards these different and unique briefs.

Speaking of different and quirky, one of her more eccentric assignments was a dream sequence, where the protagonists were fantasizing about giant food items on a long buffet table.I was told the story of the scene, and asked what I could bring to the table (literally!). I gave them Laddoos the size of footballs, burgers as big as a two kilo cake, and a meter long fish!

While the above were more elaborate projects and required 5-7 days of her time, a smaller assignment would take anywhere between 1 and 3 days.

The Ice-Cream or Mashed Potato Dilemma:

Just like cosmetics or hair-care companies may resort to all kinds of tactics to make their model’s hair look blindingly shiny, stylists may also sometimes use ingredients other than food in their assemblage, to make it look more appealing. But that raises ethical questions, and Shubhangi insists on maintaining the veracity in her creations.

A popular misconception is that the ice-cream scoops shown on TV are in fact, mashed potato. That’s bizarre, and I am a big propagator of using real actual food. Besides, the audience has gotten much smarter. The more real it is, the more believable it is.

Why This Space is even better than you think:

Shubhangi likes to be there for her family, even as she flawlessly stays at the top of her industry. “The power of saying no is what I enjoy the most, about being an independent female professional,” she jokes.

But she truly hasn’t ever experienced friction from her familial ecosystem, while she was gone every so often juggling worldwide clients. In fact, she was given all the space to expand her horizons and figure out her own ideal work-life balance, by a very liberal support-system.I have never sensed a gender bias – neither from my family, nor from my business associates. The ad sphere is a forward thinking community, where your work talks for yourself.

“My perseverance and hard work have brought me where I am,” she adds. “Besides, another virtue which I have developed, which is mandatory in this line of work is patience. A shooting day is an average of minimum of 12 hours –which is physically exhausting. And thinking on your feet is mentally exhausting. One needs tremendous patience,” she feels.

The Indian Habit of Glorifying the West:

The only factor stopping this profession from hitting the mainstream is the Indian attitude of underestimating its own culinary diversity. “We don’t value our regional cuisines. While a McDonald’s and Dominos will advertise like crazy, the local guys choose not to highlight their ware. There are almost no big chains local to talk about. We don’t even respect our own heritage, let alone taking pride in it.” The glitz and glamour will rest with the west, until the local players learn the importance of investing big for earning big.