Why my startup failed, but I didn’t 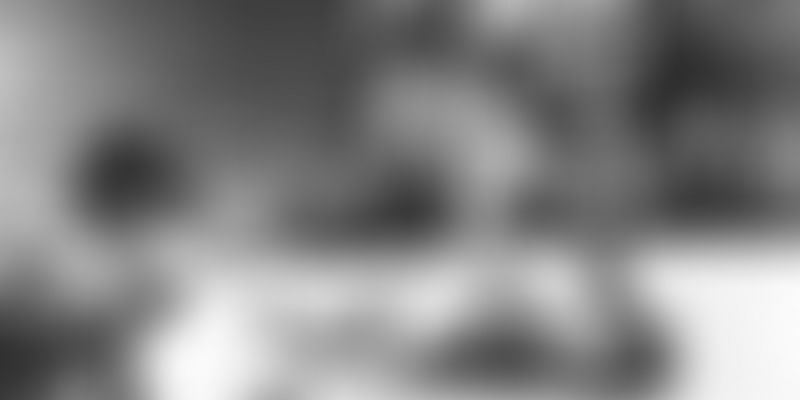 I do not know if I should describe our young business from IIT Bombay as something traditional or a startup, but it failed while scaling up. We were profitable and I gained a lot of experience, but we had to shut down within eight months of starting.

The plan: To make learning more fun through mentored projects and short courses in science and technology

The idea was to build a business which could support me through my other entrepreneurial ventures and that which affords me a decent lifestyle and can run on autopilot with minimal efforts.

MISTAKE 1: Never create businesses that you are not 100 per cent committed to, they simply don't work.

It takes time, efforts and passion to build a business, and if you choose to go down the entrepreneurial route, be ready for giving it your all!

I was in my third year and entered the semifinals of Eureka, a business plan competition at IIT. There was a session where we were introduced to investors and mentors and I was offered close to Rs 20 lakhs right there as seed money to start the venture. There were some stipulations about being more tech-focused and getting the tech developed, something which I was hesistating to do. Around the same time, I met a senior executive from a top mediahouse who had quit her job for personal reasons and wanted to partner for the project, including putting in a seed amount for the project and working full time. I chose the latter option.

MISTAKE 2: Not focusing on technology and making an offline solution

Offline is great, and the only option at times, but wherever possible, always use technology. The solutions are way more scalable and the learning is more intense.

The only Indian business idols we had at this time were people like Dhirubhai Ambani who had started from scratch without venture funding. Bhavish of Ola Cabs and Rahul Yadav of Housing.com were yet to make it big. Even Flipkart wasn't very big then.

MISTAKE 3: Not having a mentor/ adviser/ investor on board who has scaled businesses

From my traditional Gujju-Marwadi upbringing, I was never in favor of raising funds. Entrepreneurship is tough as it is, and it is easy to lose track of the bigger picture when you are so engrossed in the day-to-day work. It, therefore, helps to have someone as a mentor.

MISTAKE 4: Going after immediate profitability than scalability with a vision

We wanted to be profitable from day one and were not willing to invest time, money and efforts in laying the foundation of the business. This is something student-entrepreneurs should recognise - business is different from doing a part time job, freelance work or being a broker for freelancers.

MISTAKE 5: Not having a defined and written distribution of responsibilities

MISTAKE 6: Not trusting yourself enough

As I later realised, experience is only so important. Ultimately, it’s about making logical decisions, mitigating risk and facing the consequences - in life as in business

We wanted to hold as much equity as possible in the venture. The initial split was equal with no provision for employee stock options. As the business grew, we needed to hire people. The options were to get freelancers or build the team by giving away equity.

MISTAKE 7: We hired freelancers instead of building the team

This was probably the biggest mistake we made. We took the easier way out by hiring freelancers instead of hiring a team which would help scale the business, even if it meant diluting equity.

"Much good work is lost for the lack of a little more." -- Edward H. Harriman

After a lot of work and missing classes, we had the product in place and it was time to sell. Problems started emerging now as I had my end-semester examinations and sales meetings needed to be attended to.

I believed the founders should always get the first 100 customers so I watched the 24 sales closing techniques by Brian Tracy and started selling.

I started travelling three hours everyday to meet prospective customers and sell the concept. We had sold courses worth over 10 lakhs in the first month. This was the time we needed money for expansion.

MISTAKE 7: Trust people, but have the legal paperwork in place.

It was a good month for business. In two months, we had over 50 students enrolled and our first centre was already feeling small. We expanded to our second centre nearby and had five employees by then.

Differences between the co-founders grew to a point where we could not work together anymore. And we decided to end it. Since neither of us could settle on an amount to buy the other person out, we sold the business to a third party on a part-cash and part-royalty deal. Walnut had to shut shop by January 2015.

Getting into a business with someone is like getting married. You should be very careful in selecting the partner, but then stick with them through times good and bad.

Even though I failed in my first business, I learn more from it than any college course could have ever taught me. Some of the lessons -

"He who is outside his door has the hardest part of his journey behind him." -- Dutch proverb

Talent is cheaper than table salt. What separates the talented individual from the successful one is a lot of hard work." -- Stephen King

PS: Taking all this learning and more, I am now working on my next venture - Medd. We are hiring people and you can read more on my LinkedIn profile or YourStory· After pilot in Indore, IIT-Bombay dropouts to launch healthcare app in Mumbai