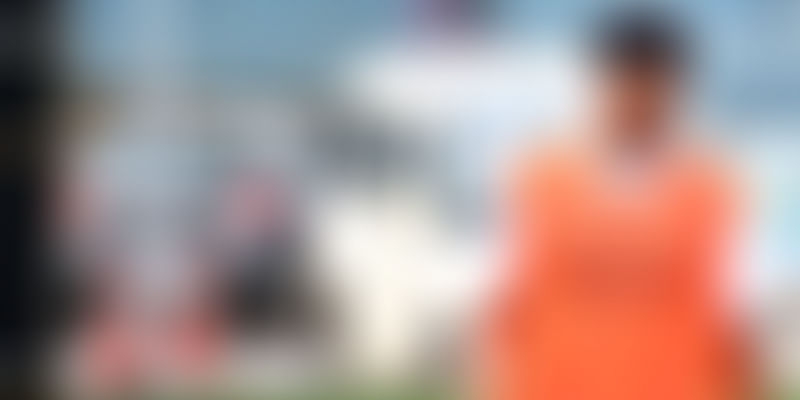 Sheel Soneji is not your average 17 year old. It’s tough to take a teenager seriously, but thirty seconds into the conversation and he takes you by surprise. On the other side is a young, articulate and pragmatic adult. It would take someone of that calibre to raise 6.5 lakhs for the education cost of children undergoing cancer treatment.

From an average 10th grader to ahead of the game

A change in education boards after the 10th standard turned out to be a game changer for Sheel. IB (International Baccalaureate) curriculum exposed him to different facets of education along with academics. As part of the curriculum, CAS (Creativity, Action and Service), he was involved in multiple activities and the thirst to know more grew.

In the beginning of the 11th grade, his classmates and he started teaching verbal English at a government school nearby as a part of extracurricular activity which was part of the IB curriculum. Sheel says, “I overcame hurdle of local language and was able to also share my passion of origami, vedic maths, football and dance with the young kids in the school.” Feeling happy about the activity, he wanted to continue teaching the kids during his vacation, but the school was marked as a centre for election related work and therefore not available. He searched on the internet for NGOs, which were aligned with his vision. Sheel says, “I then zeroed on Samiksha Foundation. I taught spoken English to children who were undergoing treatment for cancer at Kidwai Memorial Hospital, Bangalore.”

Raising 6.5 lakhs at the first event

Teaching the children at Samiksha, Sheel felt the urge to do more. “I felt a bond develop with them from within. I decided to take this one-step further.” He planned, initiated and organised a large-scale charity football tournament and family day event at PLaY arena, Bangalore. Sheel adds, “It gave me an opportunity to mix my passion for Football with a cause.”

How he pulled it off

Sheel used what he’d learnt in school in ‘Business Management studies’, ‘Project Management’ and ‘Resource Management’. He found the critical paths and timeline for all the activities and worked as planned. Sheel talks about how he reached out to people, “I had sent out dozens of LinkedIn requests to as many people as possible with the HR title at well-established companies. I delegated certain responsibilities to my friends. My friends and I went door to door in our colony collecting donations for the charity, preferably in the form of cheque, and in return provide the donator an 80G certificate.”Taking care of the smallest details, he hired a UEFA certified coach as a referee for the tournament to reduce the chaos! Sheel talks about the other aspects, “The safety of the players was paramount and Sakra World Hospital was tied up as the event medical partner. PLaY arena was the event venue partner and offered generous discounts and benefits as the event was for a cause. Once the registrations for the teams for the charity football tournament picked up pace, I also approached corporates to see if they could make corpus donations.”

This event took a multi-pronged approach to raise and donate maximum amount of funds. The total donation of 6.5 lakhs comprised the cumulative funds from the football tournament and family day event at PLaY arena, door –to- door collections from multiple residential complexes, and corpus donations from corporates.

Porush, Founder, SportsKeeda has positive things to say about Sheel, “He sent me 2-3 emails and LinkedIn messages. We get a dozen emails everyday asking for sponsorship but I found this one interesting. I understood that a 17 year old and was able to garner support from so many sponsors and organize an event so professionally! Even grown-ups don’t have this level of planning and perfection. He had thought it through. He had an ambulance, medical partners, etc, everything sorted. I was really amazed. I was not sure of the sponsorship but was sure that we would find a story in it and will cover it.” SportsKeeda covered Sheel as a part of their “Keedology” series and here’s the video.

The second event – Youth can do more!

Sheel was busy filling up his university applications in November 2014. In the ‘financial stability’ section for scholarships, he noticed questions about the student’s contribution. Sheel says, “I did not have anything to show and the section remained blank.” In May 2015, during a visit to the bank, he saw parents approaching the manager for student loans. “I said to my father that last time I had raised funds and if I can raise funds for one cause why not others. I got a mission for my vacation. I committed to myself that I will co-contribute for my higher studies.” Sheel came up with a bigger vision. “Learn to be independent. Take up some responsibility in some form or the other. Try to make a difference. To raise a substantial amount and prove that as youngster we can ‘Raise up to help yourself’, and if this action motivates few more youngsters, my effort has achieved its objective.” Sheel managed to raise 1.1 lakh after all the deductions. Startups as well as established companies participated in the event. Companies like Flipkart, Brocade, Brisa, Sati, Belong, Chisel Fitness, Gold’s Gym, etc contributed.A young entrepreneur in the making

Sheel is off to pursue Electronic Engineering at Simon Fraser University, Vancouver, Canada. Is it the beginning of the makings of an entrepreneur? “I take all these experiences and exposures as learning experience for something bigger that is on my mind. The events that I have organized has motivated me to start an event organizing and management firm. The same firm can have events organized in Vancouver where I intend to complete my higher studies.”

He has also interned in the area of data analytics and has earned accolades from Director of Dell Analytics, CEO of Decathlon India and Director at Brisa. Sheel adds, “I will be starting a Data Analytics company too very soon. In the years to come, I intend to work towards empowering youth to do something that can positively affect society and their personal life. I hope and want to work towards being a positive inspiration while contributing to my personal growth.”