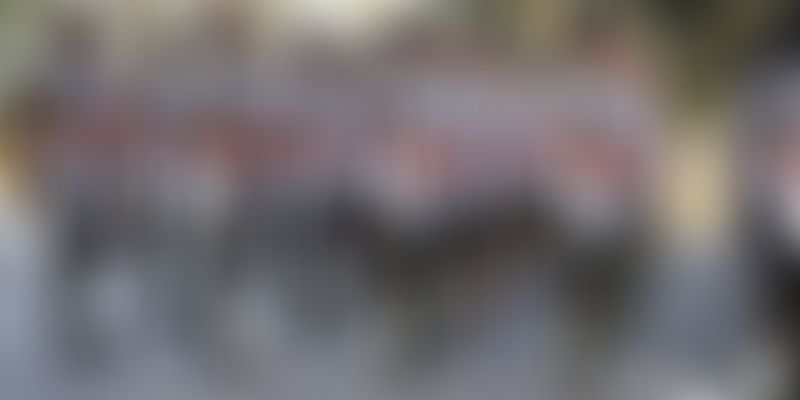 Women Police Stations in other districts of the State would be inaugurated by Union Ministers, Cabinet Ministers of the state, Ministers of State and Chief Parliamentary Secretaries. Addressing a news conference in Chandigarh, Haryana’s Director General of Police, Y P Singhal said with the opening of these police stations the women in the state will be able to access a brand new statewide security system that promises an environment conducive to fearless reporting and sensitive investigation of crimes against them by women police officers.

“The all women staff to be posted in each of these 21 police stations has been fully trained and legally empowered to exercise powers under the Criminal Procedure Code in this regard”, DGP said. He said that the Central Government and other States have also shown keen interest in this concept, which would go a long way in bringing a paradigm shift in the working of the police department. He said that the investigating officer posted in the Women Police Stations would have all the powers as per the Code of Criminal Procedure, 1973 for the investigation of the offences.

Jurisdictional Police Stations would continue to have concurrent power of registration and investigation of the offences, he clarified. The complainants, however, would have the liberty to report and get the cases registered either in the local police station or in the Women Police Station. The DGP said that each Women Police Station would have minimum strength of 38-40 police personnel, besides supporting staff of 8-10 selected male police officials for assistance of the SHO for conducting raids, producing accused in courts, sentry duty and other selected essential duties.

He said that every Woman Police Station would be supervised by a Woman Deputy Superintendent of Police (DSP). Apart from this, Women Helpline ‘1091’ would also work from Mahila Police Station and after receiving any information on helpline, would pass information to the concerned police station promptly. Meanwhile, when asked about Harayana Health Minister Anil Vij claim to have caught a CID official allegedly spying outside his office in Chandigarh, DGP said the matter had been inquired into and was ruled out as no spying angle was involved.

He also added that a report in the entire matter had been prepared which would be given to the Chief Minister. When asked to comment how the state police foresee the emergence of various groups in the state going by the names like “Jat Brigade” and “OBC Brigade” on the issue of reservation, DGP said anyone has democratic right to form any group if that is done within the ambit of the law, but police will take a call if there is apprehension of threat to peace.

Asked to comment on a woman constable who had tried to commit suicide earlier this month in the Haryana Police Academy (HPA) at Madhuban, Karnal after levelling allegations of harassment by her seniors, DGP Singhal said that a IG rank officer was conducting investigations into the matter. He said further action in the matter will be taken once the report comes.

Delhi police trains over 50,000 women in self defense

Gujarat’s sports university will have special provisions for women