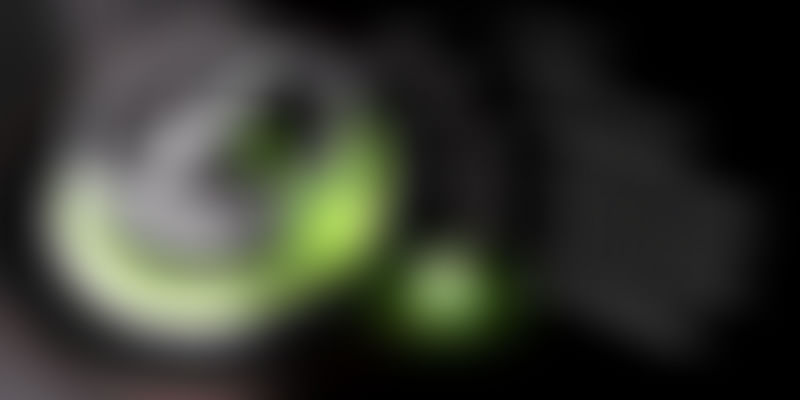 It is never enough to advertise widely if one cannot advertise effectively. For every startup, where the key to survival is gaining traction and growth, marketing plays a crucial role. Initial traction for consumer startups gets driven by digital marketing, as it’s performance driven and measurable. Having gained the initial base and equipped with a round of funding, startups often turn to mass-media advertising across newspapers, TV and radio for growing reach.

Mass media, however, comes with its own set of challenges, be it being expensive, hard to target or not being all that data friendly. The performance lens, which works beautifully for digital, blurs when being applied towards mass media. Even leveraging traditional FMCG insights acquired via consistent, long-term branding stand irrelevant when measured against quarterly VC targets of app downloads and site visitors. Evidently, newspaper advertising in print has evolved from consistent quarter-page branding ads to high-impact full-page jackets. Given that the next set of customers that need to be reached exist offline, how do funded startups leverage mass media for performance while still maintaining its reach? Having worked across multiple clients to get mass-media advertising working for them, here are some key insights we’d like to share:

Targeting the right customer: Given the fact that mass-media advertising is expensive, it is imperative to understand key customer segments. For example, your startup may be looking to target all internet-savvy individuals in India, between 18 and 34 years of age. However, do you have data that covers: male vs female, students vs working professionals, urban vs regional, couples vs families? This is important as each segment behaves differently, with regards to its media consumption. Wouldn’t it, then, be magical to get insight on individual population numbers and percentage share to better target and plan for the right segment?

The panacea to these burning questions in today’s marketer’s minds can simply be mining user data available from LinkedIn and Facebook insights of over 130 million user accounts in India. This data would prove far superior to any consensus report, readership survey or audience measurement solution being used traditionally. Using this, one can specifically zero in on their key target audience to plan media spends.

Discerning Media Preferences: How does one decide among more than 150 newspapers, 200 TV Channels and 15 radio stations? Traditionally, the media industry has offered third-party reporting, unique to each media - such as ABC (Audit Bureau of Circulation) for newspapers, TAM (Television Audience Measurement) for television and RAM (Radio Audience Measurement) for radio. However, these reporting systems come with their own sets of challenges, as they’ve not really innovated since their launch over a decade ago.

TAM, for example, works on the principle of installing more than 10,000 people meters across households in the country, on the basis of which they extrapolate TV viewing behaviour of the entire nation (of over one billion people!). Even their classifications of audiences are divided between age intervals of 10 years each (for example: 15-24, 25-34 etc), thereby clubbing multiple segments of different people together. Thus, the 25- 34 year bracket includes work professionals, couples and families - even though each group has separate TV-viewing patterns. Being spoilt with data for digital marketing, startups might often classify traditional media reporting systems as ‘broken’. As all reporting parameters measure reach of potential media via GRPs, readers, listeners, how do media planners effectively develop plans to optimise performance (app downloads/ visitors) instead of just targetting reach?

The answer may lie in mining digital data for understanding customers’ offline behaviour. One can analyse YouTube views of specific TV shows broken by audience demographics; Facebook likes across pages of particular TV channels can be researched further to understand the key audience demographics preferences of each. The million-plus likes for the channel Star Plus’ page on Facebook, when analysed, would share far more data and insight as opposed to what 10,000 TAM people meters can provide. Ideally, insight on consumers’ digital behaviour, when applied on top of traditional reporting, paints a clearer picture for creating the right media plan.

Leveraging Advertising Innovations: At releaseMyAd, we often treat media planning and buying akin to picking financial stocks. It is important to recognise and leverage cost-effective new-media options while the opportunity window remains open. Newspaper jacket advertising, for example, was an innovation which got championed early-on by the e-commerce giants and is now considered a standard in any impact-heavy plan and offered as a premium.

The key exists in leveraging an innovation when its novel and underpriced to drive value. For example we currently suggest many startups to consider using a newspaper ‘bookmark ad’ - a full-page ad which clearly juts out (by 3 cm) from the paper and therefore catches the eye, costing a tenth of the money spent on a traditional jacket ad. Integrating advertising with content across media is also important. Every radio plan should also consider including RJ mentions, sponsorships and contests, in addition to leveraging plans for vanilla commercials. The importance of leveraging ‘native’ advertising stands powerful for offline media, mor so than it does for digital.

As a startup, when you're out to achieve things that have never been accomplished before, you have to dream things that have never been imagined either. Traditional media agencies, having worked on FMCG campaigns over the decade, may falter when questioned on performance metrics of app downloads/visitors and digital user data. When identifying the key partner to help plan and buy your media campaign, ensure coherence in understanding the marriage between the online-offline world and the ability to provide data-driven insight towards identifying and reaching your target customer. In a world that is a global village, marketing can never forego mass media. The ideal promise remains to marry the performance of digital with the reach of mass media.