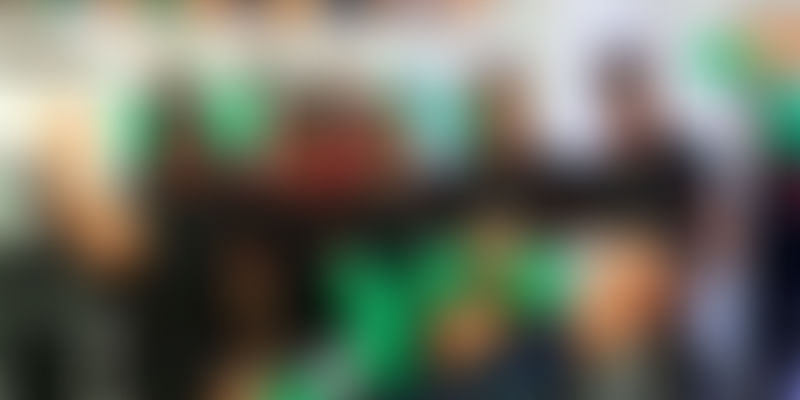 What future could a unisex salon situated in a Tier II city offer to 30-year-old hair stylist Rakesh? For one, a respected white-collar job, his own bike, and a down payment for his first house ever. Two, the comprehensive training in his craft has made him so adept at it that he enjoys his job and gets compliments as bonus. It’s a work culture that Rakesh wouldn’t have imagined in his wildest of dreams. He is one of the 150 salon staff across India, who are adding professional feathers to unisex salon culture in Tier II cities in a chain of salons called Shear Genius.

Shear Genius Unisex Salon is the recipient of Salon Chain of India Award (non-metro) in 2014 and 2015 by Franchise India apart from winning the Most Emerging Chain Salon of the year Award in 2014 by Brands Academy. Beginning from Bhopal in 2009, Shear Genius now has 12 Salons in cities like Indore, Bhopal, Dehradoon, Chennai, Vishakhapatnam, Hyderabad, Raipur, and Vijayanagaram. But what really makes this chain stand apart is its focus on standard operating procedures, employee welfare, and the motto of ‘love what you do’.

The man behind this ‘whole new Tier II Unisex Salon culture’ is an IIM Kolkata alumnus Anurag Gupta. “Automation should be at the core of any business. If your business requires you to be in the office each day instructing the staff, it’s a job, not business. Similarly, a paid job must have an element of work enjoyment. Only then can that business really dazzle the customers,” he says.

The word ‘shears’ has a Dutch origin, meaning scissors, hence the name.

From FMCG to salon industry

Shear Genius Founder Anurag Gupta has a typical founding story of being mocked by society especially after he decided to delve into a completely alien industry. An alumnus of IIMC, he has held several positions in sectors ranging from FMCG (Heinz ketchup), banking (ICICI bank), and telecommunication (Reliance).

His last assignment was as a VP in an IT company (a payment gateway called Zero) before the “stroke of Shear Genius” happened.

“Business is business. So once you know how to convert the entire Idea in a ‘PROCESS’ and are able to sell it in one industry, you can replicate the formula into another very easily. You should just be an entrepreneur at heart,” he says.

“While the concept of unisex salon is not new to metro cities, it was fairly new to Tier II cities back in 2007. I had shifted to Bhopal and was dropping off my wife to a salon. I was not admitted inside since it was meant only for women, and there were two-year-old film magazines kept at the counter. The whole ambience seemed so backward, I felt the urge to change this digressive mindset,” he adds.

His spirit is reflected in the way his chain of salons has grown over the years. Within a year and a half of starting up in Bhopal, the chain had opened three more stores. In addition, Anurag succeeded in impressing the judges of the business reality show, ‘Runway to Success’, when he won its Season 1 in 2011 that was aired on ET Now.

Since Anurag had experienced the pain of the humiliation and mockery over his business idea, he was determined to remove the social stigma for his employees. “I want my employees to feel proud of who they are and what they do,” he shares.

“We have given away 63 bikes to employees in the last four years. Rakesh and Sandeep are two of our oldest employees who have qualified for the down payment,” he informs.

However, a culture cannot thrive without the transfer of knowledge. In Bhopal, the chain has Shear Genius Academy, an institute run in association with CEDMAP, sponsored by the Government of Madhya Pradesh. The Institute trains 70-80 students per year.

“We have introduced the concept of Virtual Assistant where the management staff can work from home. This means even in a salon chain business, people can have flexible working hours,” he adds. Anurag implements what he claims. He spends a considerable amount of time travelling and trying new adventures with his wife and two daughters while his business runs on its own through standardized procedures.

The salon market alone in the services industry has a 30% p a growth in India.

Anurag is soon planning to open another store in Dubai apart from getting an app developed for his customers. “I want my salon chain to be the Tier II specialist. I know we can be number one in this segment,” he concludes.