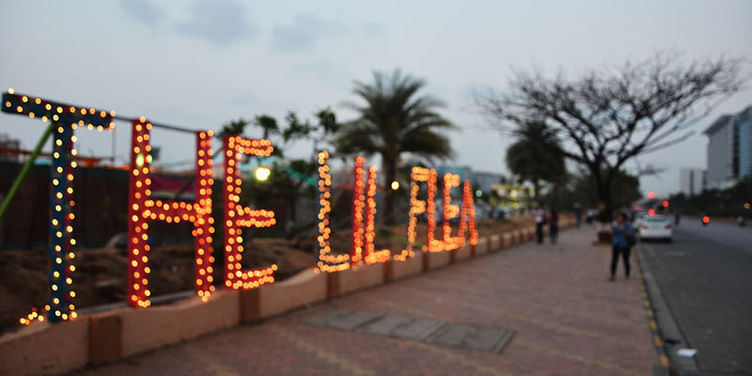 Alankar Jain dropped out of IIT Delhi to eventually start his own production house that created India's first reality TV hunt for entrepreneurs ‘Business Baazigar’ back in 2006. Priyanka Punjabi had just quit her corporate HR job to figure out what she wanted from life. Never did they imagine that their chance meeting six years later could lead to something as grand and exciting as The Lil Flea, Mumbai's happening flea market.

The itch to do something out of the ordinary along with the realisation that the city’s creative potential was going unnoticed made them create Mumbai’s most sought after shopping, food, and music festival -- all rolled into one.

About The Lil Flea

The Lil Flea’s basic idea is to provide a good platform to creative people, designers, and artists where they can interact and showcase their talent to thousands of people without needing to invest any money. The concept of The Lil Flea at its core is to discover and celebrate creativity.

What sets The Lil Flea apart?

Both Alankar and Priyanka strongly believe that they can thrive only if they put in their 100 percent without cutting any corners. Even though they have been entirely self-funded right from the start, they made sure they offered value to the participants as well as the visitors without compromising on quality.

“The little touches and small innovations add to the whole vibe,” Alankar says.

Various community initiatives like The Lil Book Exchange, distributing free seed packets to all visitors, the Art for a Cause section where various artists perform live to donate part proceedings to social causes connect well with the audience.

Priyanka proudly adds “Our post event surveys typically get a 95% plus satisfaction rating from our participants where they have rated the experience between good and excellent.”

What goes behind the scenes?

Being a startup, both partners play mammoth roles in most areas, but Priyanka predominantly looks into curation of stall participants and HR within the company while Alankar takes care of the marketing strategies, finances & production. Alankar adds, “I am more of a strategy and ideation person. Priyanka specializes in adding her little touches to make these ideas more beautiful and more often than not is the first person to shoot them down.”

The Lil Flea 5 years from now

Having built a strong base in Mumbai now, The Lil Flea is now planning to put up a show in other cities soon. They aim to be an instrument in giving artists a platform and attention that they deserve irrespective of location. The team is also working on finalizing their time table but have four editions planned in Mumbai between October and April with at least one more in Delhi.