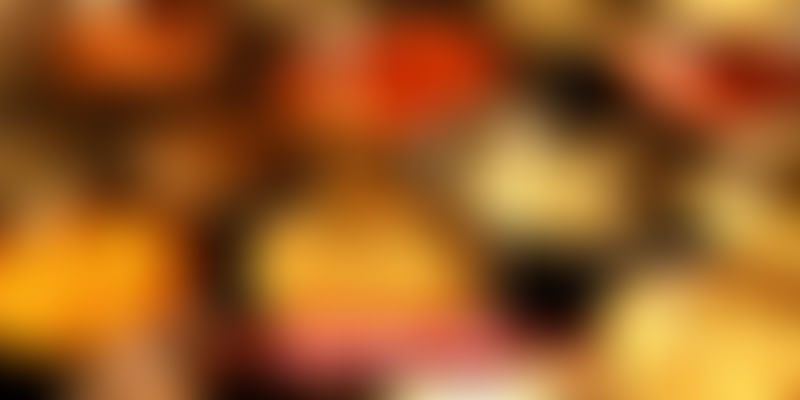 New Delhi-based BetterButter is a social discovery platform for recipes. The startup allows users to share recipes from family classics to their own inventions and discover new recipes from households across India and also from celebrity chefs. The startup was founded by Sukhmani Bedi (Cambridge, INSEAD) and Niyaz Laiq (SOAS).

Through market research, Sukhmani and Niyaz came to the conclusion that food and beverages (F&B) is the second-most searched category by Indian women, with recipes topping the search within the F&B sector. They also found that India is the world's largest consumer of ‘recipe content’ on YouTube. Sukhmani and Niyaz consider that up until now, the recipe space in India has remained fragmented across a variety of blogs, Facebook groups, and YouTube channels. BetterButter intends to change that and wants to become the 'home for recipes' in India.

The startup consists of a team of 11, with five employees focussing on content moderation and others working on web development, sales and marketing. Sukhmani’s experience spans IMF, Deloitte, and Phillips, where she led marketing for kitchen appliances. Niyaz comes from the VC, private equity industry, and has worked at Hermes PE in London, Singapore, and Lok Capital in Delhi. The founders said, “Cooking plays a central role in Indian homes; in fact, Indians spend the maximum amount of time in their kitchens as compared to any other country in the world. Our goal is to make BetterButter synonymous with cooking at home in India."

Almost 75 per cent of the content on the platform is user-generated with the remaining 25% coming from their network of celebrity chefs and food bloggers. BetterButter aims to keep a good mix of both to appeal to the masses. Compared to the global scenario and cuisines across different geographies, the founders consider the diverse variety of cuisines in India to be an advantage for them.

BetterButter’s marketing strategy has been mainly through online channels through their content, promotions, and contests. They have been running recipe contests on the platform with kitchen brands in India such as KitchenAid, Fujihoro, and WonderChef. For their most recent contest they saw a good response with over 300 entries from across the country. At present, the startup is looking to seed and improve the product and so they are not actively looking at monetisation avenues, right now. In the future based on how things pan out they have a few plans in mind.

The recipe space has seen significant global deal activity in recent times. Markets like the United States and Japan have multiple established recipe discovery platforms. The leading recipe sharing platform in the world, Cookpad.com of Japan, has a valuation of $2 billion. In June this year, they acquired Cucumbertown. Other big players in the space, Xiachufang raised a Series B round of $30m and in November 2015, Douguo, which has 75 million downloads of its mobile app, secured a $25m Series C funding round. Yummly in the US, recently raised $15M, while on the other hand ‘Evenote Food’ shut down. Closer home in India, Cookbook by Riafy Technology’s (one of YourStory's MobileSparks 2015 startups) is also a recipe sharing platform that currently has more than 10 million downloads on Android.

Speaking about the thought process behind the investment in BetterButter and the sector, Ashish Taneja, Managing Director at growX ventures, said, “Indians are voracious consumers of recipes on the Internet, and we believe that there is potential to create a new kind of food and kitchen-centric platform in India with tens of millions of monthly, highly-engaged users.”

At present, BetterButter is active only on the web and are in the process of launching a mobile app to cater the growing smartphone population. They are also working on advanced search, a nutritional information calculator, more personalised recommendations and an ‘ingredients inputter,’ where users can input the ingredients stocked in their kitchen and get recommended recipes according to what they have available.

Though a niche market, BetterButter believes that traffic can be consolidated on a platform solely focused on recipe discovery. Since their launch, they have seen the number of recipes on their platform triple, with good response from users. Their goal is to be the dominant recipe sharing platform catering to Indian women looking for recipe inspiration online everyday.

Related read: From a software engineer to a YouTube star – Archana Doshi’s journey

Women who can teach you how to cook up an appetite