Will 2015 Assembly elections change the fate of startup ecosystem in Bihar? 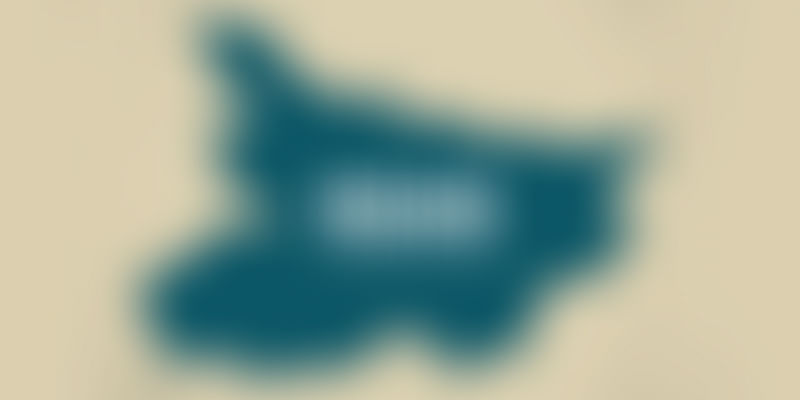 With tall words and promises made by individual parties for budding entrepreneurs, is Bihar Legislative Assembly elections 2015 likely to bring some relief for the State’s startups? A growing emphasis on startups has been observed in Bihar with the government working towards creating a strong policy that will promote newer initiatives.

The current ruling party has spoken about creating a better environment for entrepreneurship by providing students who have cleared Class XII exams a credit card to help secure a bank loan of Rs four lakh with the State government, providing a three per cent interest subvention on the loan.

Abhishek Kumar, Secretary General, Bihar Entrepreneurs Association (BEA), says, “On our strong push, the government has talked about setting up a Venture Capital fund of Rs 500 crore. We asked for 1,200 crores for 10 years for startups. When we talked to Union IT Minister, he also agreed to all the proposals by BEA and showed his eagerness to support. The Union MSME Minister too extended his support.”

Hansa Sinha, Co-founder, Genesys Consulting (Patna-based startup), says, “The government is not very approachable; they will listen only during elections. In Bihar, there is a lack of big investments, stringent bank loan policies, unawareness of schemes for startups - limiting only to government files, legal hassles in incorporation-related issues, non-availability of business loans on reasonable interest rates, lack of business land, sky shooting rates, high office rentals, lack of infrastructure, dearth of good and employable talent, no IT hubs or platform for budding startups to showcase and exhibit their ideas. Although BEA is working towards a better path, Bihar needs a focussed approach towards helping entrepreneurs grow.”

The State needs to address various social development concerns like basic infrastructure -- roads, electricity, drinking water, schools and sanitation. The need of the hour is to provide the people of Bihar a more conducive environment to live in.

Amar Jamdhiar, Founder, Medi360 (a directory of integrative health centres) highlights some of the issues that are hurting the startup ecosystem

Under this proposed policy, there were provisions for granting incentives such as 100 per cent exemption from stamp duty and registration fees during the pre-production phase, capital subsidy for industrial units, inclusion of Entry Tax in the reimbursement of 80 per cent of VAT, incentive to existing units for captive power generation / diesel generating sets and subsidy on non-conventional sources of energy production, reimbursement of expenses incurred on project reports, technical know-how fees, quality certification, and electricity duty etc.

Amar says, “The last industrial policy for Bihar was updated in 2011. In reality, none of these policies fit the startup fraternity.”

“The BEA team, along with senior government officials of various concerned departments, has worked on the startup policy outlining the setting up of incubation centres, State venture capital fund, and inviting startups. A mobile app 'Enterprising Bihar’ has been developed by the BEA to provide entrepreneurs information on setting up new units in Bihar,” says Shweta Tiwary, Founder of Patna-based Chungi.

The existing policies for startups include incubation centres and shared office space for startups, capital subsidy up to 35 per cent to set up food processing industry, subsidy on the interest of term loans for agri infrastructure and relaxation in excise duty for exports.

Amendments to twist the policies

It is imperative to structure the policies in such a manner that entrepreneurs are given a platform to sell their products. Focus should be on enterprise development; introduction of loans at low interest rate without guarantee would encourage many entrepreneurs.

Amar states that most of the pointers of current industrial policy are targeted towards large capital-investment-based business. It doesn’t address the needs of startups. The policy requires some amendments, including a single window clearance, tax or government regulatory liabilities on startups for three years, better startup policy to invite investors, government-assisted venture funds, setting up incubation cells at a district level, mentoring and providing financial and marketing linkage to entrepreneurs of all kind.

Chief Minister Nitish Kumar at the second Bihar Entrepreneurship Summit 2015 announced that the government is planning to prepare a dedicated policy for entrepreneurship development on the lines of the Bihar Industrial Incentive Policy.

Abhishek says, “The BEA and Information Technology Department have agreed upon setting up a 50,000 sq.ft office space for startups in the State capital.”

The key aim of BEA is to create and promote entrepreneurship at the grassroots level starting from village and district level and inculcate innovation and social change drivers in young minds.

In a bid to foster entrepreneurship in Bihar, some key initiatives taken are:

Waiting for a stable government

Hansa stated that there is an air of big words from all corners as Bihar entered into the first phase of Assembly Elections on October 12. Startups are pulling up their socks for the new government in Bihar with high hopes and aspirations.

Much like the evolution of the overall startup ecosystem in India over the years, a partial reflection is likely to be visible in Bihar too. Shashank says that the entrepreneurial environment in Bihar has changed significantly in the past five years. More than 50 young entrepreneurs across the globe chose Bihar for their respective innovation.

The need of the hour is to create a favourable environment for startups in terms of e-processes, tax benefits and exemptions, easy bank loans, good business properties, rural reach to maximise employment, new industry set-ups so that entrepreneurs who have relocated outside Bihar may come back and proliferate.

“We are just waiting for a stable government. Everything is already on threshold; it's just a matter of time. With its 10,000 members, policymakers and intellectuals, BEA can put pressure on any government to nurture a startup support system,” adds Abhishek.