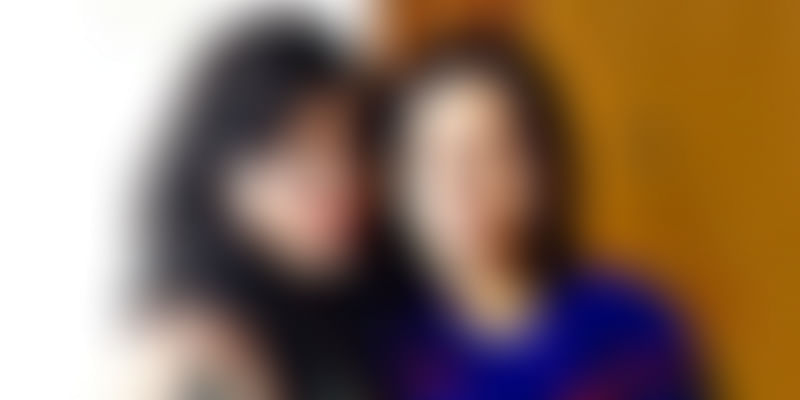 Tabassum Hasan took a big risk when she invested her husband’s entire retirement money into Guilt Trip, the startup she and her daughter Sheeba ventured into in the year 2012.

“I was quite scared and was aware that it was indeed a big risk, more because there was huge competition in the market with two similar stores in the area as our outlet,” says Tabassum from their store at Khar in Mumbai. It was then she realised that they had to be different from the rest if they have to stand out and get ahead in the race.

Thus, they concentrated on their expertise – making customised dessert bites like French macarons, cake pops of American origin, and varied flavours of cookies. As the name of their venture suggests, Guilt Trip embarks on a journey of sinful guilt.

The story behind starting up

Tabassum, a master baker, always wanted to take up baking professionally but with young kids at home, she didn’t have an opportunity to do so at the peak of her life. “My husband too was very clear – he wanted me to take care of the kids in their growing up years as he was preoccupied with work. He said I could always do something later,” says Tabassum. So she waited patiently while her children grew up.

Just one year prior to her husband’s retirement, Tabassum’s sister approached her with an offer to startup a baking venture with her. For someone who was always known for her interest and knack in baking, Tabassum got interested and got engaged with the project, Love, Sugar, and Dough, where she had 50 per cent stakes.

However, one year of being there, they realised that the joint project was not working out and gave up their partnership. It was in the November 2012 that Tabassum and Sheeba started Guilt Trip at Khar in Mumbai. For Tabassum, it was at the age of 50 that she became an entrepreneur.

“Age was not a deterrent and I was so excited to startup. It was a new challenge and both of us took it up with zeal,” says Tabassum who flew to Singapore to refine her baking skills with a one-month professional course before starting up.

With a degree in marketing, Sheeba had short career stints at NDTV Imagine and Zee News but could not sustain those career choices for long.

“She was very clear that she did not want a nine to five typical job, and wanted to do something entirely different,” says Tabassum’s mother. Sheeba, 30 years old, got married last month and would continue working with her mother as her husband too is based out of Mumbai.

A gold medalist in MBA – marketing, from the coveted S.P Jain School of Global Management in Dubai, Sheeba looks into the technical aspect of Guilt Trip while her mother innovates and experiments where she enjoys it the most, her central kitchen.

Sheeba also did a short course in baking after they started up Guilt Trip. She is the one who specialises in making all sorts of innovations – be it a 3D cake to getting all the ingredients to make a flavoured, customised cake.

The founder duo aim to open at least five stores in the city and envisage Guilt Trip to be the first patisserie to bring a dessert table concept of their own to India.

With franchisees in Indore and Hyderabad, the founder duo intend to expand their chain by two more outlets in Mumbai itself.

“We are totally in sync and know our responsibilities well. Till date, we have not had differences in opinion when it comes to our venture and are now looking to rapidly expand our business after hanging around in the market for some years,” says Tabassum.