Regular Instagrammer of yummy dishes? Guesstaurant challenges the best to battle it out! 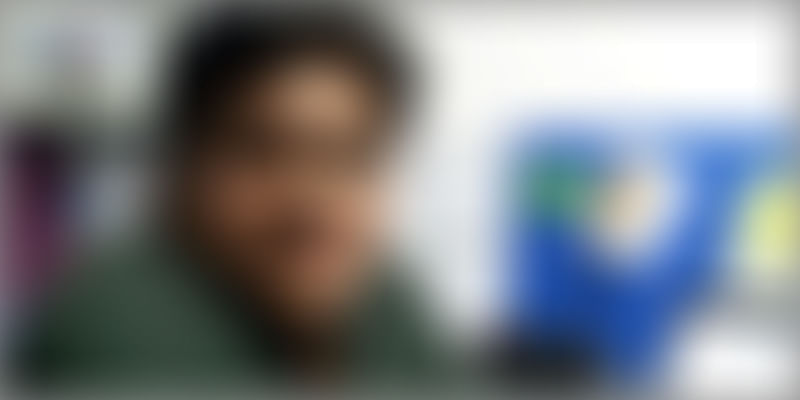 Who says one mustn’t combine work and pleasure? Bal Krishna Birla, “just a small-town guy from UP,” as he likes to describe himself, was your typical corporate fixture who spent 11 years working for giants like Infosys and Amazon. But he had a secret. “My early life in Infosys was a big struggle. I was a bad performer and my technology knowledge was pretty bad as I had spent most of my college life in doing cultural and social things,” he says.

Part of the reason why being just a chocolate chip in a big fat cake didn’t work for Birla was because he was living a dual life. He moonlights as a binge artist, a gourmand and dreamed about having that cake and eating it too! His day job was feeling more and more like living a lie, and then something happened that simply pushed him over the edge. “When I was in Canada, a customer wanted to prove that Indians are not good at software. A great sense of patriotism hit me at that point, so I studied all the books I was supposed to study during my engineering and came out with flying colours,” he remembers.

Guess what came next

But he wasn’t about to waste this new-found wealth of knowledge and passion at a corporate, again. His true calling was the one habit every parent has tried to smack right out of us on the dinner table: playing with food. And he is no different from the rest of us who snap pictures of everything we intend to eat and shove them in the faces of all our friends who are struggling to stick to their diets. Very much in keeping with that trend, Birla engineered a way to turn this into a fun game.

“The entrepreneurship bug did not just bite me but ate me up and I began my journey to start interesting companies around food, technology and music, until I stumbled upon something fun, interesting, as well as helpful for users,” Birla says.

Thus came about Guesstaurant, and it is exactly what it sounds like - an app and website where one could indulge in fun quizzes about the food in their localities. Birla explains, “I am also an avid foodie and known for that in my friends circle. I have been putting up quizzes around food on my Facebook over the years and it builds amazing engagement. People love teasing their friends about the food they’re eating, and social media is also suddenly flooded with food photography. But digging a little deeper, I found that both people as well as restaurants stand to gain if this was done in a more organised fashion. It also helps in food discovery in a very interesting and involved manner. After seeing these games becoming very interesting on FB, I decided to start this as a separate product.” Guesstaurant is a Tech30 company.

“This product is all about foodies. It enables them to showcase what they are eating and also enable people to discover great food visually. It engages users in a friendly quiz which helps them figure out where to eat a particular dish,” Birla adds.

The quiz requires users to upload photos of specific dishes they eat, along with the restaurant they are eating it at. The app plugs in nine automatically generated wrong restaurants along with the right answer, and turns it into a quiz. Right answer wins the guesser some ‘spoons’, and the wrong answer wins the uploader ‘spoons’ – which is a reference to the earlier practice where customers would often steal spoons from restaurants.

“Food is eaten visually, not through reviews or descriptions or restaurant names. More often than not, these pictures have triggered a desire in people to visit a restaurant, and this sure is a whole lot more effective than a friend recommending a mere restaurant name to you,” Birla explains.

But the biggest challenge is to build traction for an innovative product. “This is trying to create a new user habit and takes much longer life cycle to become popular. My research has focussed on observing how people respond to food posts on my Facebook wall,” he adds.

Tapping on all the potential around this yummy subject

Another use case is a quirky way of creating restaurant listings, where they can be traced based on what dish you search for. Foodies can use the platform to discover all the great dishes, as opposed to restaurants, in their localities and beyond. The website houses a gallery with photos of dishes uploaded by users, with information on where exactly it can be found.

“I was recently talking to a friend who told me that his dinner plans changed because of what he saw on Guesstaurant. Such instances are the milestones we want to see more and more,” he says.

Their Facebook community has over 7,500 members, and with a subject like this, prospective diversifications are bound to be galore. Birla intends to also create a platform for restaurants to share photos of their dishes, as well as promote their new innovative products and offerings, thus making advertising revenue from restaurants his primary revenue model down the line.

“We also want this to evolve as a platform where food companies can launch their new products and drive traction for their products. We are beta testing our app and looking for adding lots of gamification elements there. A contextual notification system and tighter social media integration is on the cards,” he adds.