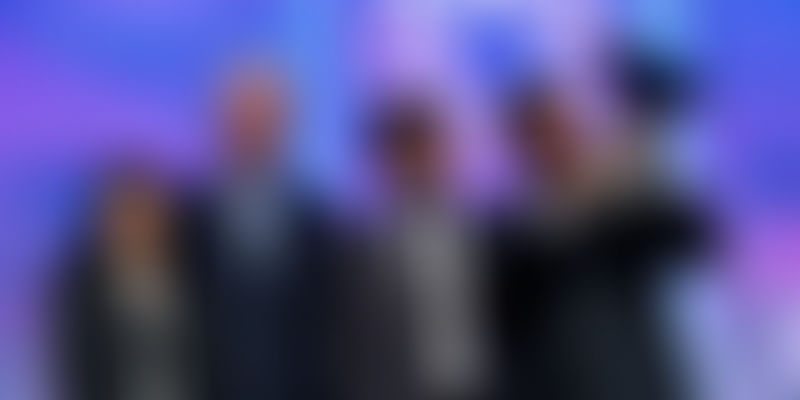 The year 1950 saw less than one billion people living in crowded urban spaces, a number which is expected to go up to six billion by 2020. Forty-one mega-cities will house more than 600 million people in the next 15 years. People living in urban spaces will make over 50% of the global population, and will contribute to more than 80% of the global GDP.

But, with the increasing pressure on amenities, productivity is lost from traffic congestions costing regions up to $1 billion per year. More than 100 million children living in crowded spaces do not have access to early childhood education.

With a plethora of problems, Hult Prize is asking through these data points whether sustainable, scalable and fast growing social enterprises can be built to double the income of millions residing in crowded urban spaces.

What is the Hult Prize?

Kickstarted in 2009, the Hult Prize Foundation calls itself a non-profit committed to encouraging students to build sustainable startup enterprises to resolve the world’s biggest crises.

According to the organisers, it is also named among the top five idea sourcing platforms holding an impact in 21st century by Time magazine. The winners are given the opportunity to give wings to their ideas through a seed funding of $1 million.

According to the organisers, every year the prize receives more than 20,000 ideas from more than 600 universities across the globe participating in this competition, with the winner being selected from the top six ideas that reach Hult Prize Global finals.

“Most of the MBA programmes and case study methods base themselves around bottom or top line or quality aspects but Hult Prize takes business acumen of the best brains to the next level and puts it in use for social impact. If you look at the real outcome, we have some extraordinary and innovative existing social enterprises such as mpaani, Aspire, and Nanohealth that are resolving our generation’s biggest challenges of clean drinking water, food security and healthcare of people living in urban slums across the globe.”

But why should students apply?

According to Raj, for social enterprises, this is their shot at building global networks. He tells us that whenever a student or team participates, they immediately get access to the initiative’s global network of students from 600 universities, thus helping them build connect.

The second thing emphasised by Raj is the experience of undergoing next generation business models. He narrates:

“If we see what has changed in the last two decades in the corporate world, we see that we are now basing more interest on sustainability, equitable distribution and inclusive growth. However, we are yet to see complete corporate business models with social impact emerging out of these structural changes, and through such initiatives we are taking a step in this direction.”

According to Raj, it is very important to understand why the coming generation is so different in bringing this change. He says that it’s just not the radical approach but also the intelligence to deploy modern technology and passion to do things which makes the younger breed apt for this challenge.

This year, the initiative has come to India where the top 150 colleges are invited to participate in the selection of the top five ideas for regional finals.

Nanohealth from ISB Hyderabad was the Hult Prize Global Winner in 2014.

In India, the top five teams from ‘PAN India’ round at IIM Ahmedabad will represent India at five regional finals at Shanghai, Dubai, London, Boston, and San Francisco respectively. Additionally, the best team gets to go from each Hult Prize@ events held at top 11 institutes as mentioned above in India.

The global winning team gets seed money of $1 million to convert their idea into reality.

On the response so far, Raj says:

“Response has been very good. We are expecting applications from over 100 colleges for the ‘PAN India’ initiative out of the top 150 colleges we have approached, and the number of applications we are receiving is increasing every day.”

The deadline for registration for PAN India event is extended from November 30 to December 7, with the final event to be held on January 9 2016 at the IIM Ahmedabad campus.

This year, Hult Prize has also partnered with SocioCross which is a connection and mentoring platform for several social enterprises. Kapil Sharma, COO, SocioCross says,

“Associating with Hult Prize is the first step towards bringing a wave of change to India. India has a big landscape and thus huge scope for innovation and ideas for everyday problems. Moving forward, we along with Hult Prize aim to bring the best brains of the world together to solve problems specific to the Indian subcontinent.”

What are the previous Hult Prize winners up to?

Raj says that mpaani, the winner of the prize in 2011, is providing solution to the water problem in various slum areas for thousands of urban slum dwellers of Mumbai while partnering with various telecom and corporate players.

Aspire Food, the winner of the 2013 prize, is resolving food security problem through insects and insect-based supplementary food products which are rich in protein, iron and other essential minerals at a very low cost in South America and African region. It is also building a strong presence in countries such as Mexico, Ghana and United States.

The most recent Nanohealth intends to bring healthcare (with a specific focus on non-communicable chronic diseases) cost as low as Rs 90 per person in urban slum areas of India and has already started operations in Hyderabad.

Hult Prize is accepting applications from student startups for 2016. Those interested can apply here.