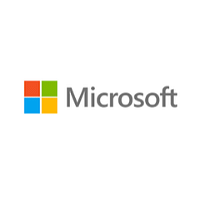 This article is sponsored by Microsoft

India’s population is one of the youngest in the world, and this is now reflecting in the entrepreneurship space too. According to the 2015 Global Startup Ecosystem Report, based on a survey of the top 20 global startup ecosystems, the city of Bengaluru has the youngest startup ecosystem in the world, with the average founder's age being 28.5 years.

At the launch of Office 2016 in late September, two young entrepreneurs, Arunabh Kumar and Varun Agarwal, spoke to college students in Bengaluru and discussed their entrepreneurial aspirations. Arunabh is the CEO (Chief ‘Experiment’ Officer) of TheViralFever, while Varun is the founder of Alma Mater and is known for his novel, How I Braved Anu Aunty and Co-Founded a Million Dollar Company.

The hall hosting the high-energy session was bursting at the seams with college students waiting to interact with Varun and Arunabh. The two talked about the entrepreneurial drive in today’s youth. Techies and MBA grads are quitting high-paying jobs and becoming entrepreneurs. In contrast, a decade ago, E. Sharathbabu, an IIM-Ahmedabad graduate, hit the headlines for turning a lucrative job offer and starting a catering company, Foodking. Back then, Sharathbabu was an anomaly. Today, however, the startup industry is filled with entrepreneurs who prefer to do something extraordinary with their ideas instead of taking on a conventional job. It’s almost becoming a fad.

“Avoid this herd mentality,” Varun told the students. “Don’t do things just because others are doing it or because it’s the latest trend. A few years ago, parents wanted to see their children becoming engineers or doctors. Today, there’s pressure on children to become entrepreneurs. Parents shouldn’t do this.” Instead he advised students to think independently. “There’s nothing wrong with a job unless you have an idea and really want to start something on your own, because being an entrepreneur is anything but easy,” he added, explaining that aspiring entrepreneurs often mistakenly think that being an entrepreneur involves making money and is glamorous.

The use of images, sounds, videos and interactive features made each of these presentations a delight to watch. It’s quite clear that youngsters want to make their presentations, projects and pitches more interactive. And for that, Office gives you Sway, an app that allows you to tell stories, complete with photos, videos, sound clips and even tweets. Stuff that might seem boring when you write about it can come alive with Sway because it goes beyond standard presentations to narrative content in a world that is increasingly connected and where social media is a powerful means of communication. You don’t even have to create content from scratch if you’re using Sway to tell a story. You can simply pull in the information or files you already have in Facebook, Flickr, Bing, YouTube or your OneDrive account. All of which makes it easier for students to work better together.

Varun did urge students to have a collaborative approach while executing college projects, made all the more easy with new technology and applications. Office 2016, for instance, offers a variety of options to collaborate and edit documents in real-time. “Such collaboration imparts the nuances of teamwork to students which is very crucial when they take jobs or start up on their own,” Arunabh pointed out, adding, “Compared to the scenario five years ago, students have more risk-taking capabilities now. New technology and affordable infrastructure have made it possible for youngsters to go it alone (and start their own business).”

Perhaps it’s the feeling of working ‘together’ in real time even if a team is not in a single location that inspires such confidence and risk-taking in youngsters. Using the Office 2016 suite gives a team like that a whole lot of flexibility – the programs can be seamlessly accessed across devices and operating systems (OS). So it doesn’t matter if one person in the group working together is reviewing things over a smartphone, while another is using a tablet or laptop. Can’t type? No problem – simply initiate a video call through Skype from within the file you’re looking at. Taking a cue from this feature, Varun encouraged students to be flexible. “Flexibility helps you to face and tackle multiple problems of a varied nature,” he said.

The Office 2016 suite supports and enhances the flexibility that the current generation needs through some pretty nifty features like Tell Me, which students can use to find commands without spending time looking for help online. No more having to spend time trying to figure out which tab to go to in order to find a specific function. Students can also use Smart Lookup to get search results from the web, without leaving the document and having to open a browser. It becomes that much easier and quicker to finish an assignment and focus on having some fun instead! What’s more, a group of students working together can easily access all the latest updated versions of their project files straight from OneDrive cloud storage, again, irrespective of which device or OS was last used.

The new charts in Excel (Pareto, histogram, treemap and waterfall), all available with a single click, can be used to visualize and present complex data with a single click. Assignments won’t seem so daunting anymore because you don’t have to put in manual effort to get the right visualization.

Office 2016 sets out to make life at work (and at home, or in the classroom) a lot easier by making it easier and quicker to collaborate, create, present and execute. It works seamlessly across devices and operating systems, giving youngsters exactly the kind of flexibility, connectivity and convenience they crave to fulfil their ambitions.

Have you upgraded yet? Explore Office 2016 here.